Hello,
I am pretty new to roon and I really enjoy the way roon presents my library.
Today I came across a issue with a composition.
I have two performances of the Song ‚Every Night‘ by Paul McCartney. The composition was recognized by roon automatically.
Neither of them is the original, but I would like to change the standard from the Jason Collet version to the version from the Art of McCartney.
I found no way to that so far.
Can it be done at the moment and if so, how?
Thank you for your help.
Wolfgang 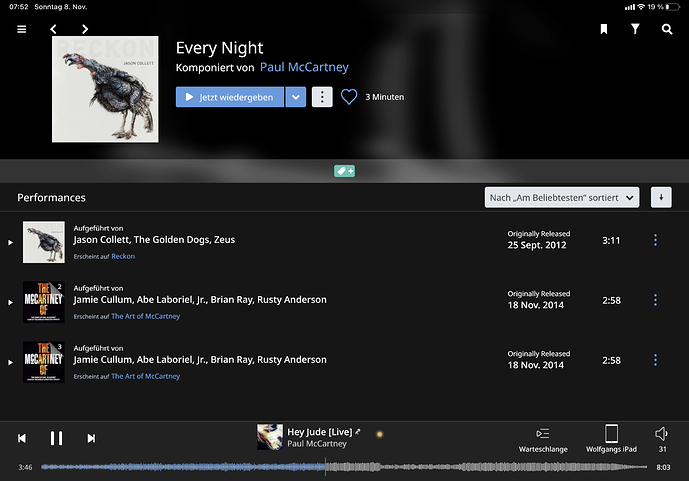 I don’t think it is possible, because the Collet’s version (year 2012) was released before that of McCartney (year 2014), so they are listed in chronological order.
But it is just my assumption…

Thank you - propably I should just add the original McCartney album to my collection - I am sure that would solve it ;-). Is it worth being added?

I don’t think it is 100% chronological. I have examples of both earliest and most recent artwork being used. I am not sure why that is or what the pattern is. It may have something to do with how (or if) you have manually merged compositions. That is going to randomise it but may not matter if you don’t manually merge compositions. I think though if covers are important to you, you will want to eventually manually merge all compositions instances in your library.

There are other considerations. Once you have 4 or more performances of the same composition roon mashes up the artwork like this anyway: 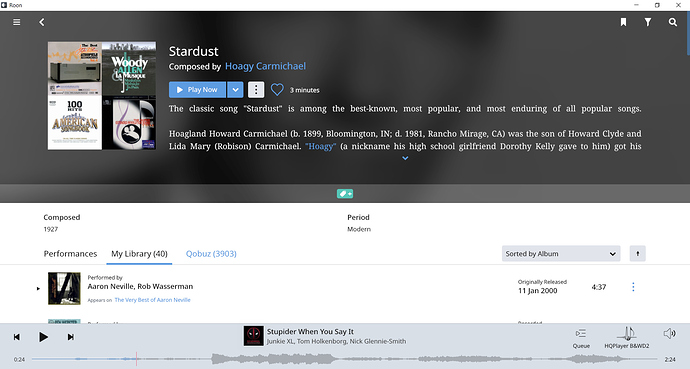 Is the standard/base composition just about the cover - if it’s just about that I don’t mind. Thought there could be other things to take into consideration.
Thank you!