Hi all. Hope someone has seen something like this before and can point me in the right direction.

I have an album with a classical work that’s been split in two, and I can’t work out how to merge it. I can see options to merge and create a new disc, but I want to keep the tracks where they are, while turning them into a single work. Metadata looks OK in iTunes/dbpoweramp. I noticed that movements one and two were numbered ‘1’ and ‘2’ but 3 and 4 were ‘III’ and ‘IV’ - I’ve corrected this in Roon to no effect. 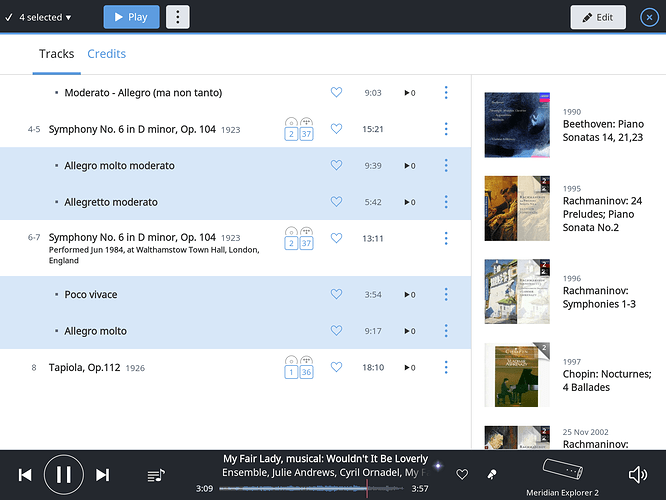