Classical Works are not merged properly

I have multiple cases where classical movements are not merged to a single work.

A first example is with the following CD:

It is recognised properly in ROON:

The track list shows the movements of the second work are not merged: 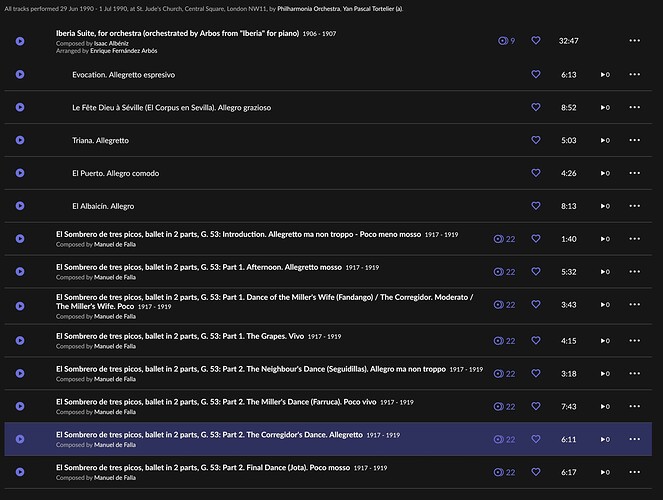 Looking at allmusic, the metadata seems to be intact: 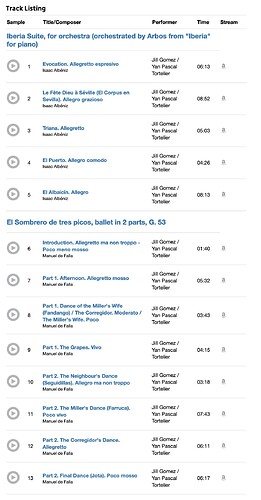 The point is that I cannot find a way to fix this. You can group tracks, but it will result into a new album, and not into a grouped work. 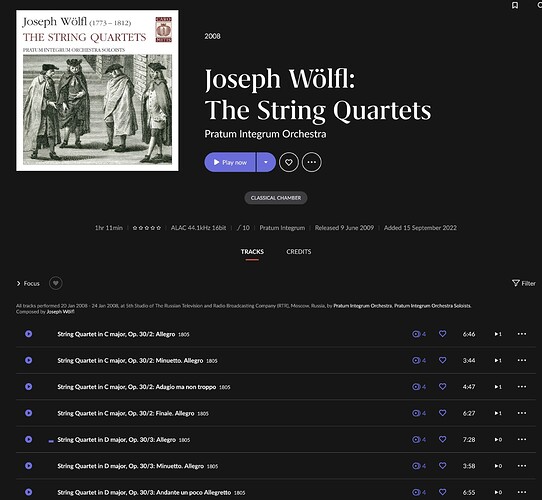 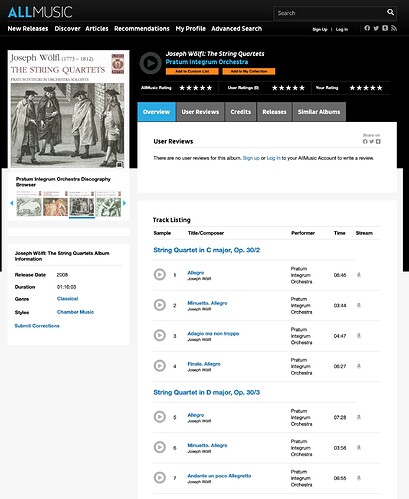 You’re not alone. This happens with many classical albums and it must be caused by insufficient metadata Roon is supplied with. If it is a local album, I think you can tag the files to resolve this- But with albums from streaming providers I have found no way to force the correct composition grouping of tracks. A way to group tracks and assign them to a known or new composition would be greatly appreciated.

If these are local albums (i.e. not streamed from Qobuz or Tidal, but held in local storage), then you can use the WORK and PART tags to group tracks into compositions. See:

Achieving Great Results From File Tagging Roon and file tags Roon has always read a significant amount of information from your file tags. Along with track timings, Roon uses tag information, such as your album and track titles, artist names, unique...

Nit perfect but fixes oddities, Roon is normally good for mainstream stuff but only as good as its sources for non mainstream

Thx for the tips.

For the Wölfl CD, setting the “multi-part grouping” to prefer the file content did the trick.

For the Albeniz CD, this didn’t work out. By explicitly tagging the work and movements, it got the trick done. 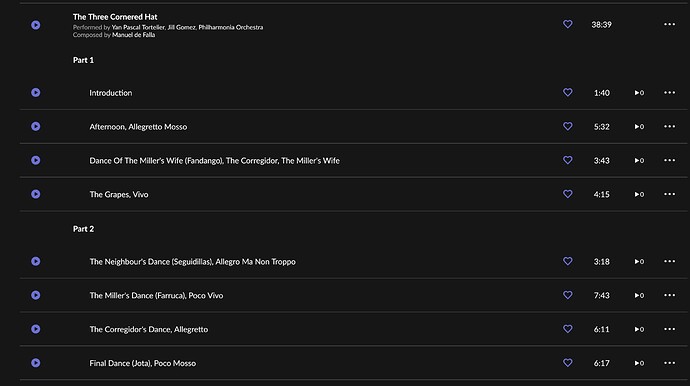 I only have 559 classical albums to check…

Before you start wielding the metadata tag editor, first check whether Roon has been able to identify your album. Even when an album shows as unidentified, it’s worth using the Album Editor to try and identify it manually…

Always check or re-identify albums before I start fiddling with the tags.