HI,
When playing a track, it remains visible after stopping/pausing it, per audiozone.
I would like to be able to clear the player/audio zone, and start with a clean and fresh interface.
Is that somehow possible?

Yes, don’t stop or pause playback; instead move the counter to the last 5 seconds of the track and let it finish. As long as there are no other tracks queued, then the playback stream will display nil and the queue screen will say “Nothing Playing :(”

I’m not quite sure what the point of your request is actually, other than some personal aesthetics. Having playback streams “stick” is the point of a multi control point system. And given that I can just choose other music from this new control point, what does setting the stream to nothing do?

Hi, Thanks for that tip.

It doesn’t work as you say though, the last played recording stays in full view. The small bar at the bottom of the screen is empty. Judging by the clickable , the play queue isn’t ‘consumed’. Having that option is a real treat, and has been a much sought after functionality on the BDP’s for example. Among others. 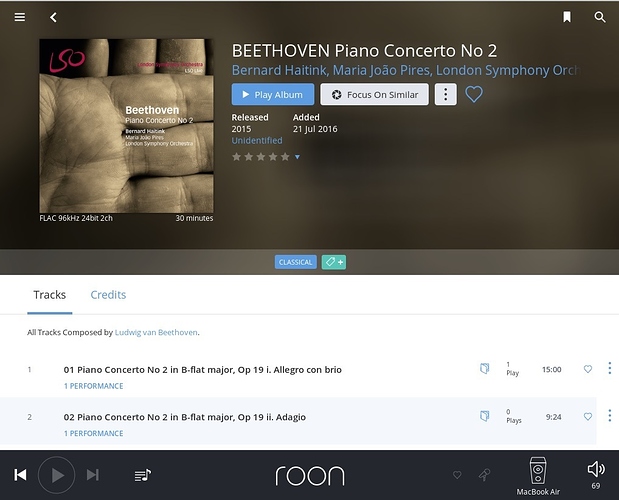 The point is, well, I just like a clean screen when nothing is lined up to be played. I’m not a playlist user, I tend to browse for the music I am looking for, and just click play album. Much like loading and playing a CD.

I don’t care much for this sticking of playback stream, they don’t need to follow me through the house and the various control points…

For the same reason, I would like to be able to clear the ‘history’, and be able to start fresh each time I load Roon.

To make sure we are talking about the same functionality. You are not on a playback screen in the picture you have loaded, you are on an album screen. The two have nothing to do with each other, other than you choose what you want to play from the album screen. If you started playing Beethoven, you can then go to Verdi “Otello” and be reading that album screen while Beethoven is still playing; the two are not connected. It is on the Queue screen that you can see all the music you have chosen to play. If you do what I suggested above, the playback screen aka Queue screen will look like this: 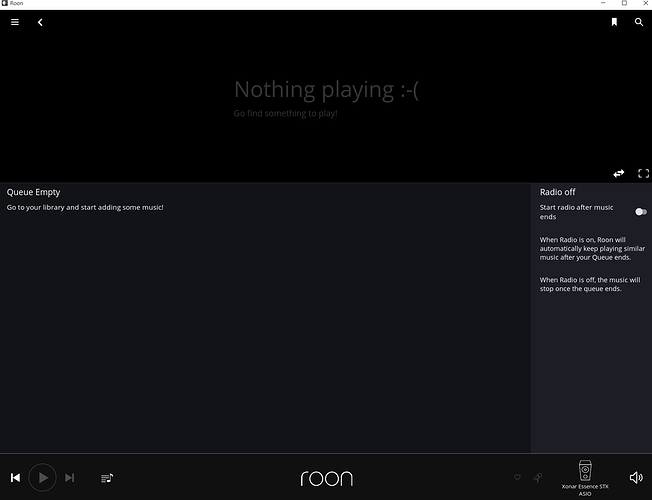 If you don’t want to go back to the same album screen when you turn off Roon, then just click on the hamburger menu in the top left and choose Overview, which is the default Roon location.

So, if I may restate your feature requests:

Thanks, I didnt realize a Queue screen was available, it comes close to what I was looking for indeed.

Your rephrases are precise, yes, that would do it indeed. Both of them.

Or: 1 could also be: just an extra ClearAll button. Stop playing, and clear the queue. That way, the current implementation could be left as it is, which of course has its merits.

Or: 2 could be a ‘Home’ button, going where Menu (click), overview (click) goes now.
There’s a lot of clicking in Roon. Too much if you ask me, and many can be prevented. Like the play button…