When playing, I would like a Clear Previous button that would remove all tracks before the one currently playing.

Why would you want that feature?

My Roon is often loaded with past tracks when in a session.

The option to Clear All or Clear Upcoming or Clear Previous makes sense to me.

You can Clear Upcoming and then Clear All on the Queue screen: 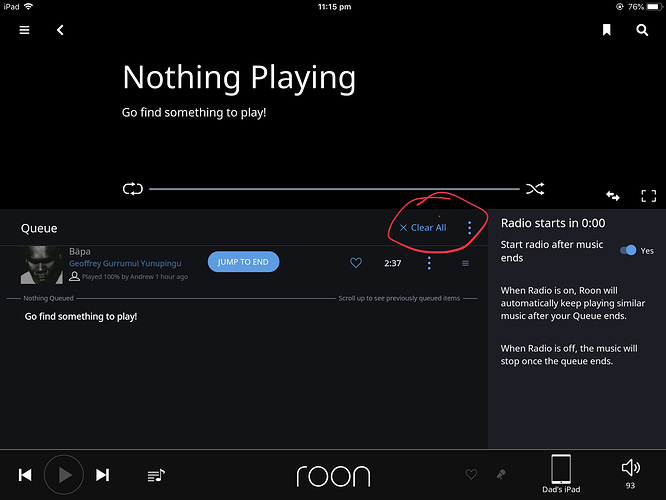 Can you describe when you might want to Clear Previous, without also first Clear Upcoming ?

I don’t know if the issue is a result of the fact that I have Roon always on on my iPad. Almost daily, I remove old tracks one at a time by using Remove, while music is playing.
It is in this situation that I would like to be able to clear all previous tracks and only have the current and upcoming tracks on display.

Clearing the queue has been cited by the devs as a way to make the interface a bit snappier. By the time I notice the sluggishness, I’ve already got an “upcoming” queue, and I don’t want to lose it when I clear the previous queue. That’s why.