I’m EXTREMELY frustrated with the neglect and omission of major African American music metadata from all of today’s music services and discography catalogs overall. Thus I was hopeful that ROON would have some interest in doing a better job that most. I have more than 12,900 tracks and 600 artists in my collection. 07%20PM|450x500

Per the ROON counts, the vast amount of my collection is missing. It only sees 3,153 tracks and 248 Artists? 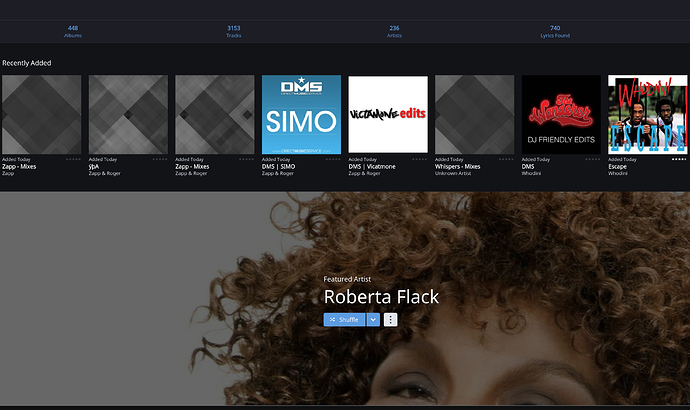 Perhaps my collection is a bit eclectic, but you can’t seem to find artists like 2Pac, Aaliyah,

I can’t emphasize to you how disappointed I am with this service. Plex, QNap Music and other CD organization solutions at least let you correct the metadata to address this issue. The only editing functionality that I see through ROON is to merge artists, which in my case is still woefully inadequate in that you don’t allow artist names to be edited and corrected.

This must be addressed before I can sign up for a $500 subscription, and but a $1,300 core processor unit.

Maybe the lack of WV support in Roon is the issue for some of your library?

I’m not using WavPack nor am I likely to use WavPack in the future, but looking at their webpage it does seem that there should not be any reason why Roon couldn’t include support for it. It’s open source, multi platform and avoiding patented stuff. Then again, if only a few people are interested in it, it might not be worth the effort unless everything worth doing is already done

I actually have no idea how big of an effort it would be, but I assume it’s not a big thing.

Both of those formats can be problematic. WAV can be tricky due to different implementations of metadata. Wavepack isn’t supported at all.
In the settings in roon you can choose to prefer the file metadata over roon so that might help with the wav files.

On a more general note roon relies on the metadata providers, ROVI etc so if they don’t have details roon will be unable to get it.
Mainstream artists such as prince, jacksons etc are certainly present.
I’m sure some of the WAV users on this forum will be able to help out.

AIFF always seemed to be better at metadata than WAV.
Roon does offer extensive editing of all your metadata if required, however I think the issue of why so much is missing has been addressed in the above posts.

The music format issue has been addressed.

Hope your problems get resolved.

I think this is probably a big part of the problem:

I’ve ripped about 90% of my catalog into bit perfect WAV, and WV (WavePack which creates and maintains MP3 metadata information) formats.

Wave files don’t have file tags, and for the moment we don’t support WavePack.

We will try to identify WAV files, but since WAV files don’t support file tags, we have to depend on the directory structure. So if you have 10 files in a folder, and they’re numbered, we may be able to match that to a CD “TOC” in our database. But if the files are not sequential, or tracks are missing, there’s very little for us to go on.

What might help here are some examples of WAV albums you think should be identified, and a screenshot of the album page, and a description of the files – what are they called, what folder are they in, etc. Then we can help understand why you’re not getting matches here.

Based on what I’m seeing in your screenshot, I suspect we listen to a lot of the same kind of music, and I can tell you we generally do pretty well on this stuff. But unfortunately, it sounds like the format you’re using is making it hard for Roon to identify your music. Once we understand a bit more, the support team can definitely give you some ideas about how to fix this up.

THANK ALL for the replies. Mike, I do understand the issues with WAV as I’ve ripped my entire collection at least 4-5 times over the years. I’ve also built many failed RAID based NAS servers and lost my collection due to hardware failures more than once over the years. Thus the reason I’d attempted to switch to Wavepack. The promise of bit perfect copies and metadata tags to boot.

I appreciate the help and your interest to support. Perhaps we can get some things in place to help the entire community.

I have one top level directory “jukebox”.Under that, I have 1 folder per Artist.

If you look at my Anita Baker directory there are

When I do have mp3s, Flac or AIFF files for an Artist I make a directory under that Artist folder called mixes and place all of them in that folder. This is because I try and rip the complete work for an Artist no matter how many songs I may like. I still recall the days where you gave the Album at least one full listen as soon as you got home from the record store prior to making any judgements.

But I also have strange results like David Sanborn, where I don’t even have this particular album Enjoy The View. 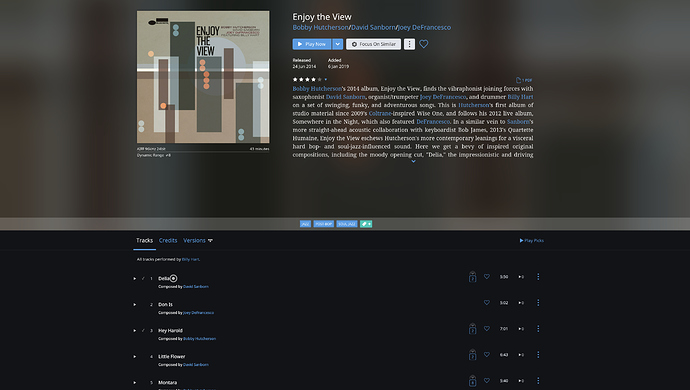 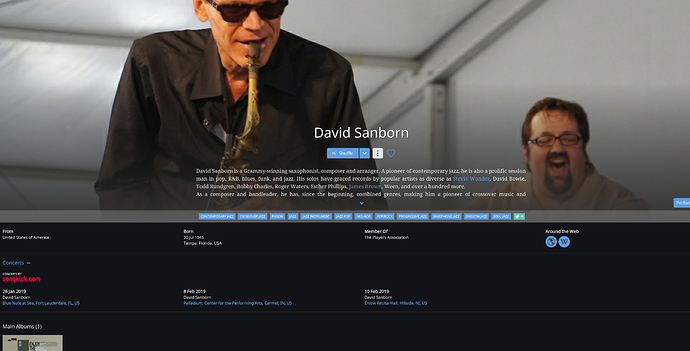 But instead I have the album Double Vision stored on disk in wv file format. This is REALLY weird???

I have more than 26 Miles Davis Albums, But if you see the Roon List it sees only 7. 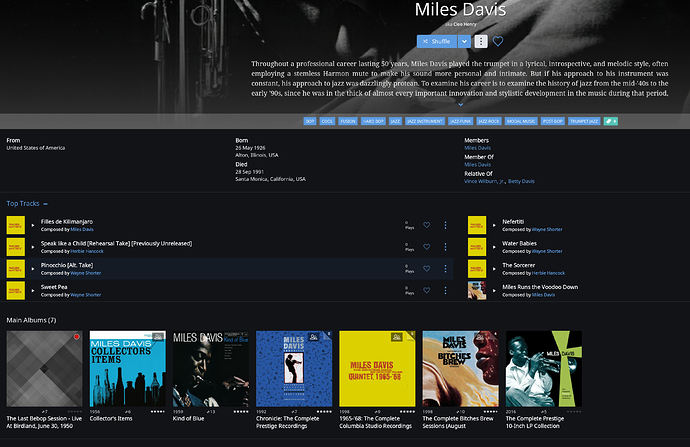 Hopefully I’ve described enough variants of my issues… THANKS again for your help and support.

Do you have many skipped files? Found under settings> library.

As previously mentioned by Mike, at the moment we do not support WavePack files and this is likely why you are seeing this strange behavior. I noticed that you have TIDAL linked to Roon so I would suggest that you locate these albums on TIDAL and then add them that way.

Do yourself a favour and transcode all your wavpack to flac using dbpoweramp. That would transfer metadata too and aid in resolving your issues with little to no effort on your part other than running dbpoweramp’s batch converter.

Do you have many skipped files? Found under settings> library.

THANKS MUCH for this tip. I do have a few albums that weren’t converted and are actually corrupt. I have about 40 Charlie Parker records that I;d obtained through dubious methods many years ago. So Roon did treat these files properly. I will check this page after any large import.

Do yourself a favour and transcode all your wavpack to flac using dbpoweramp. That would transfer metadata too and aid in resolving your issues with little to no effort on your part other than running dbpoweramp’s batch converter.

Will look in to this.

A friend of mine who is the record business from the production side says Wav is used extensively in his business but when they send Wavs there is an accompanying file with all the metadata in. This is because historically there was no place for metadata and now there aren’t any guarantees of universality.

A friend of mine who is the record business from the production side says Wav is used extensively in his business but when they send Wavs there is an accompanying file with all the metadata in. This is because historically there was no place for metadata and now there aren’t any guarantees of universality.

That’s why I used WavPack. To get close to the same sonic performance of wav with the ability to utilize the metadata tags. Perhaps Roon can take an interest.

THANKS for all of your contributions

To get close to the same sonic performance of wav with the ability to utilize the metadata tags.

The “sonic performance” is the same.