Several, but not all, members of the group Coil are mentioned three times, as can be seen on this screenshot. 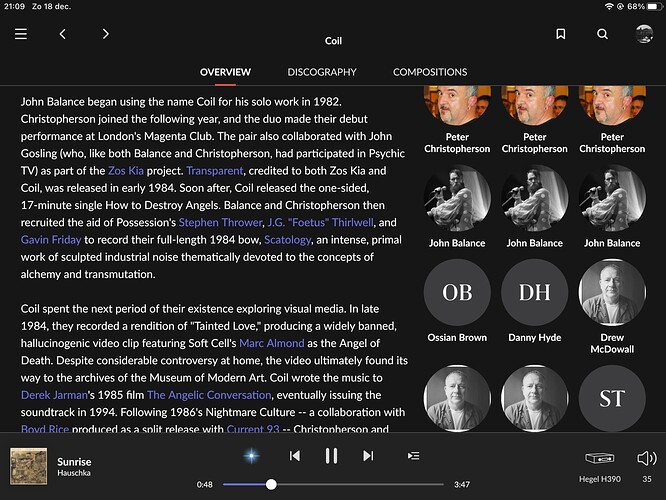 Not here, did you restart your controller? 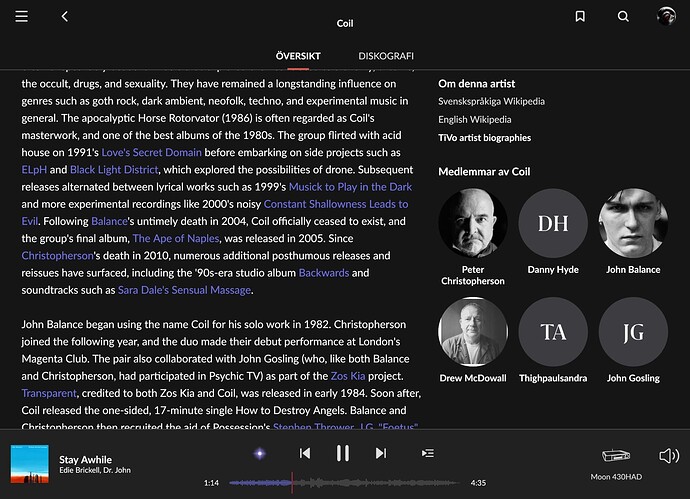 Clear the cache on the iPad, or reinstall the controller?
Seems a cache issue anyways.

The iPad of my girlfriend has the same issue, so it can’t be just my device.

Well, worth trying out still, not a big effort?
Or try to clear the Image cache:

I reinstalled Roon Remote, and this made no change. (Is there a way to save personal settings for Roon Remote? Like play actions, sort orders etc.?)

EDIT:
I did indeed change some artist’s pictures. This was done long time ago… I almost forgot.

Hmmm, they are completely missing in Coil for me (B1180 earlyaccess macOS): 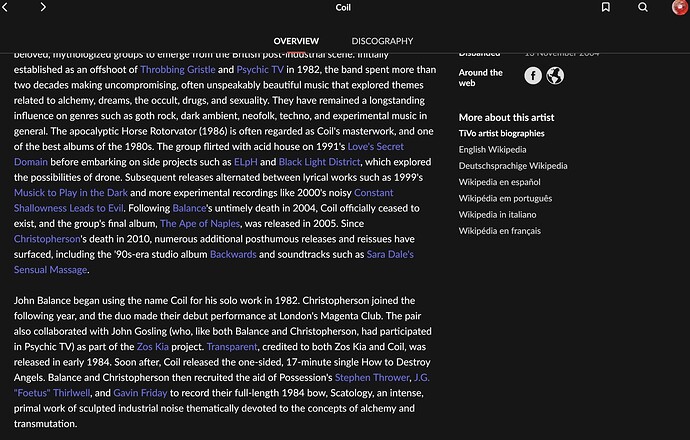 None on Android phone either.
(I don’t have any Coil in my library but I don’t think this should make a difference)

And now that you mention it, they seem to be gone nearly everywhere for me. The people linked in the albums reviews were also shown to the right and now I can’t find any album where they are: 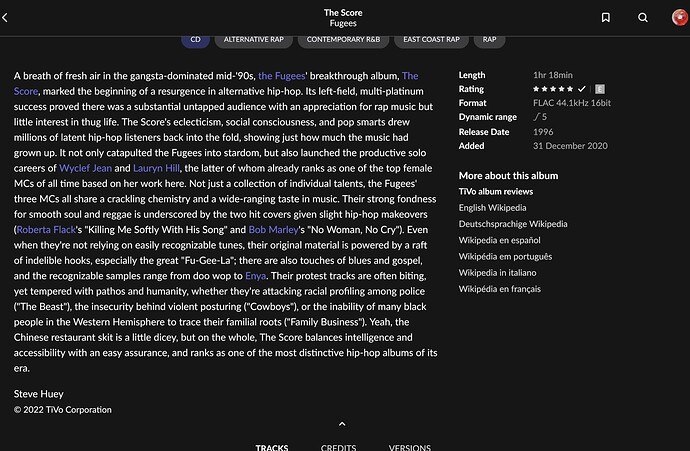 They are there in some artist bios: 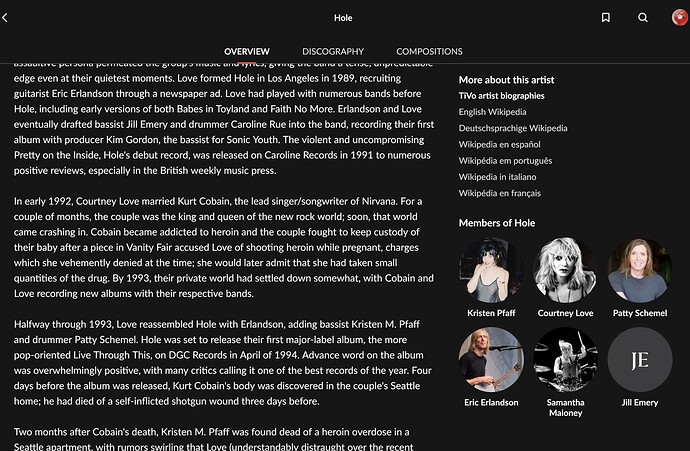 But in many others they are missing or seem incomplete: 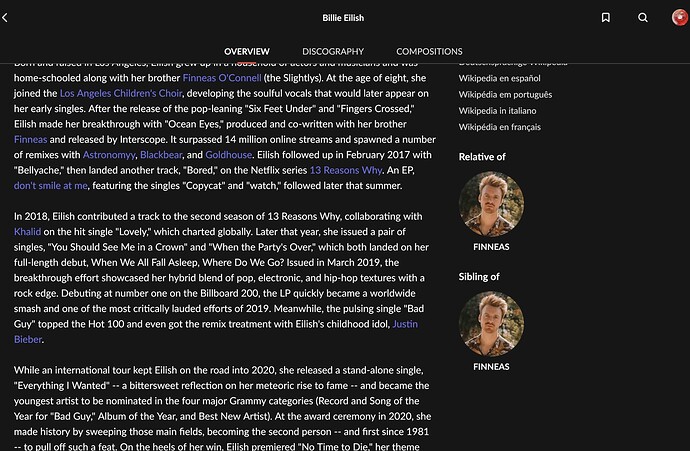 (Is there a way to save personal settings for Roon Remote? Like play actions, sort orders etc.?)

My impression is that this is a Core-storing part? There are a few functions that are localized in the iPad app, but most settings seem to be stored in the Core.

Several, but not all, members of the group Coil are mentioned three times

Bump…
This is still not solved. It’s the only group in my library with which a thing like this happened.