Compatible USB CD to connect to Nucleus + to Rip CD's

It’s already been reported that the Apple Super Drive only works with Macs, and not with the Nucleus or Macs… Any other cheap USB CD Drive will probably be OK…

This “no-name” cheap brand works fine for me…

Geoff is correct that the Apple Super Drive does not work for Roon OS CD Ripping, but most other USB drives should work for you.

I just bought an LG SuperMultiBlade which should work. Here is a link to the specs.

I though when you connected the drive to one of the USB ports on the back of the Nucleus that a new function was to show up in the UI in the settings screen. I don’t see it and I did reboot the Nucleus +.

I have also created the recommended directory in the internal SSD.

Worrying that you are not seeing the CD Ripper section in the Nucleus web admin page. I notice that in the specs you refer to, there is only mention of compatibility with iOS, MacOS and Windows - no mention of Linux, which is what you need for a Nucleus. You should be seeing something like this: 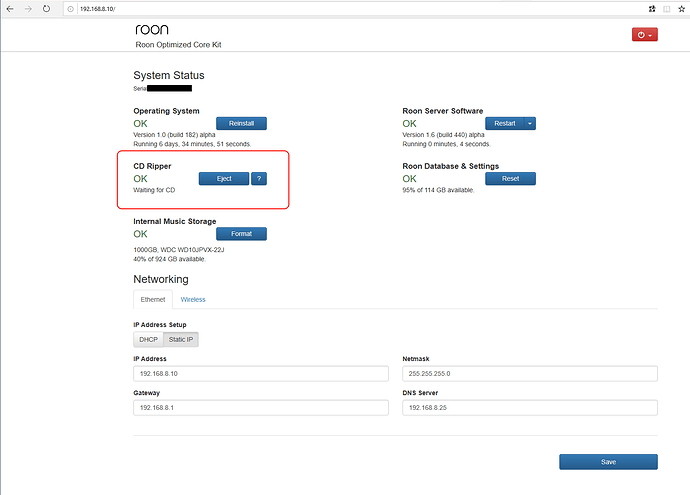 @Geoff_Coupe - thanks very much for this. I thought I would see this on a different screen according to the instructions. I do have the information and everything seems good: 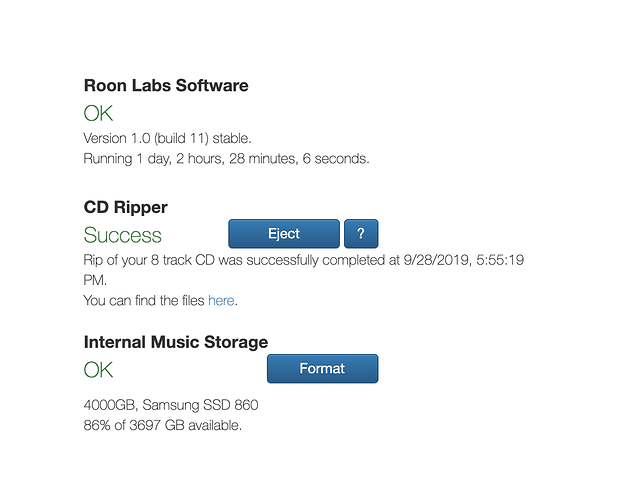