As the title suggests, I have compilations that are appearing under “albums” instead of “compilations”, despite the entry being tagged as a compilation: 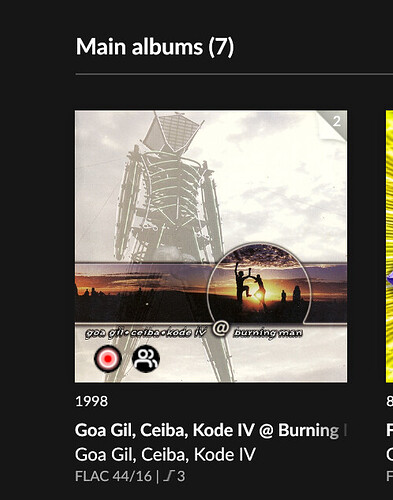 Yes when it’s not a VA (Various Artists) album.

So what’s the purpose of setting an album as a compilation in Roon?

To be clear, compilations are not anthologies (the latter being a collection of tracks, taken from different sources, by a single artist). Compilations are always by various artists:

A compilation album comprises tracks, which may be previously released or unreleased, usually from several separate recordings by either one or several performers. If by one artist, then generally the tracks were not originally intended for release together as a single work, but may be collected together as a greatest hits album or box set. If from several performers, there may be a theme, topic, time period, or genre which links the tracks, or they may have been intended for release Songs inc...

A good question for asking TiVo / Rovi Corp - the main metadata source for Roon. Looking at metadata in Roon one can figure out quickly that they must have a much broader definition for the term “Compilation” - if they have one at all - than the one you proposed in your post above. Each and any “Best of …” album in my library is marked as compilation for example. Tribute albums (VA playing songs of …), usually credited to the featured artist, too. Maybe you have forgotten your old thread about this?

Compilation vs collection vs anthology vs compendium Roon Software

I agree these are potentially interesting distinctions (particularly Anthology vs Compilation) but from what I can tell none of our metadata sources make this distinction, unfortunately. Is this something you guys have seen elsewhere? Are there are any sources we might be able to use to populate this data automatically? If this is a something you’re looking to enter manually using Tags is probably the way to go for now, but we need to be able to automatically populate this data if we’re going …

Were you able to find a metadata source that makes distinctions between the different types meanwhile? I personally use the “tag” method mike suggests to make a distinction that suits my needs.

Compilations are always by various artists:

Did you realize that the definition you linked says differently?