Composer as "Artist" or "Performer" 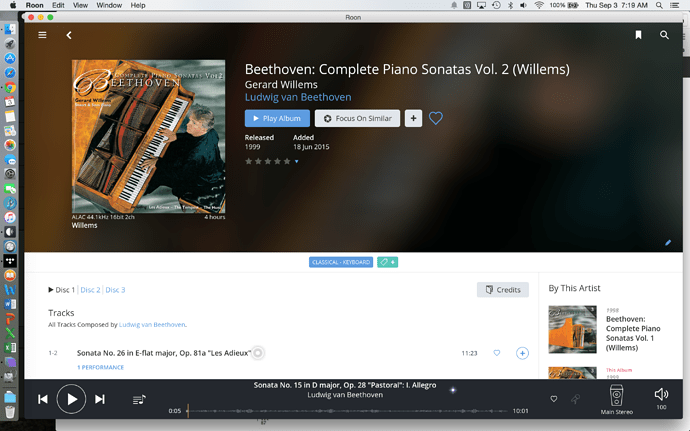 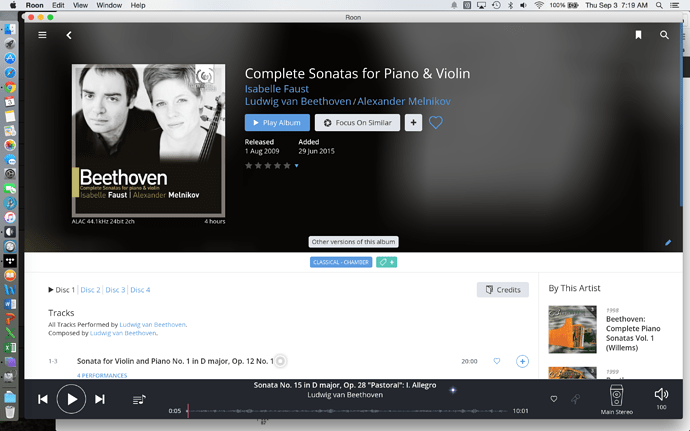 This is something I’ve always found a bit confusing in Roon, so don’t know if it’s something the team are looking at as part of the planned improvements to dealing with classical music. A complication is that from the early 20th century onwards the composer can well be a performer on particular albums (e.g. Rachmaninov, Britten, Barber) - either of their own or others’ works,

Yes that is a real problem for classic fans. My library as the same problems and that is very annoying.

There are two reasons this happens:

I suspect that no. 2 is your problem with these albums. Can you check the file tags in an external editor.

@mike I’d like to chat to you about this. I’m not sure I understand the new behaviour referred to as no. 2. It’s causing me chaos. In the nicest possible way of course.

I’m having the same problem with a number of albums.

It is a problem with the Roon metadata, as I’ve checked the tags on may of the files involved and there is no sign of the composer in the artist fields - any of them.

In some cases I’ve been able to fix this by trying using the identify function and finding another match for the album.

I’m 100% sure I don’t have any recordings of Brahms or Beethoven playing the piano. I’ve even got Brahms producing one album!

The above is one example - you can see this is coming from Roon data as Brahms and Bartok are shown as artists.

In the case of that Jansen album, the metadata source you list above with the composers in the Album Artist is a secondary source (Musicbrainz etc). It is however in Rovi with full metadata (and without that rookie error) here:

In such cases you should find that identifying the album should list both: probably you have to click through to the second stage (“None of these look right”), and then type just Jansen and Brahms in the two boxes. Then the Rovi metadata will come up, and you can instantly improve the situation of that album.

@mike @jeremiah surely Roon should automatically change over to Rovi metadata when it appears, even if the album already has an identification with a secondary data source? (The secondary data sources are absolutely rubbish for classical, I’m afraid. Not your fault of course!)

This has been bugging me a lot recently. Schubert, Beethoven, Brahms, etc. We need a way to remove whatever bit of metadata causes the designation of, say, Schubert, as an artist when he is solely a composer. Then, when I search for “Franz Schubert”, I’ll see all his works is one place. Only the composer display should appear. So far, I have not found any unidentified albums that have this problem, so it’s clearly some external metadata that’s at fault.

I wish to note that the artist/performer screen does have one very good feature, and that is that the albums (covers) are displayed near the top of the page. The works listing, with the album covers, is very space hungry; many times the album cover is sufficient.

As a side note, the sort by drop-down menu often has “sort by catalog number: Hob” (see Schubert, Beethoven, John Dowland, …), . Hoboken numbers pertain to Haydn only.

As a side note, the sort by drop-down menu often has “sort by catalog number: Hob” (see Schubert, Beethoven, John Dowland, …), . Hoboken numbers pertain to Haydn only.

This is a known bug, along with lots of other catalogue drop-down problems. It will be addressed when the major release addressing classical problems comes.