Composer of “I Thought About You”

I came across an anomaly with respect to the composer of “I Thought About You.” The same song is showing up as two different compositions in my library:

The song was actually composed by James Van Heusen, with lyrics by Johnny Mercer. It looks like the “Richard Rodney Bennett” attribution is originating from a mistake in the Rovi data. (IMO, the omission of Johnny Mercer is also a Rovi mistake, but I can deal with that on my end.)

Which album is this? I’ll let Rovi know.

It’s the composition itself rather than any particular version. 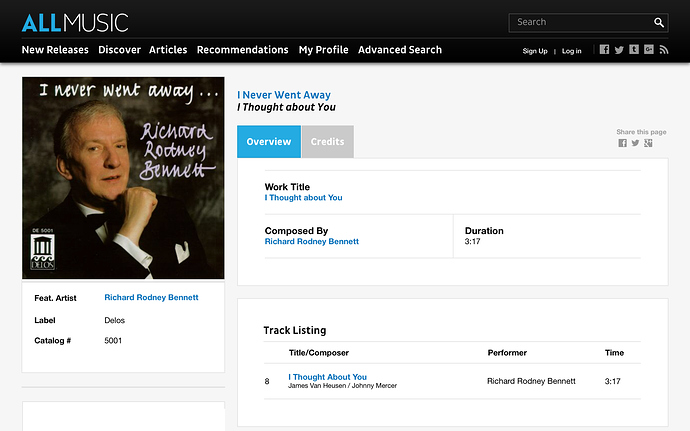 I Thought About You | Recording Details and Tracks | AllMusic

I know what you mean about that photo…

I think I have enough to go on