In the new 1.7 release the composer “Traditional” has been de-activated.
Frankly, i don’t understand this choice.

I’d like to be able to search for all traditional music i have…
besides, there are still many more region-specific traditional composer (like, “Traditional, Chinese” and so one) that are still active, so …

please… restore it.
thanks

I dont know either, but…
You can still search for traditional - best is via the composers browser and use the funnel.

Then choose one and filter some more if you wish. 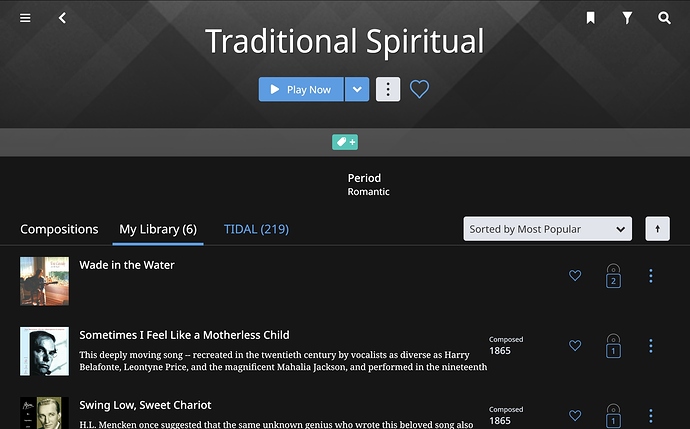 Yes. This the same problem for “anonymous”, “Irish Traditional”, “Scottish Traditional” and all other non-accredited composition types as far as I can see.

I have gone to the trouble for example of distinguishing “Irish Traditional” from “Scottish Traditional” but those links no longer work. It is also a major inconvenience in terms of search for polyphonic sacred music which has particular styles and metre depending on origin or codex. I used to have working links for “Anonymous, Aquitanian Repertory”. Now I do not. 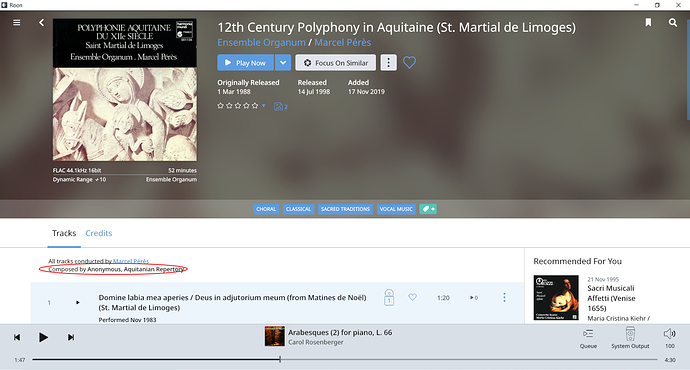 Confusingly, these non-credited composition types still exist as a composer: 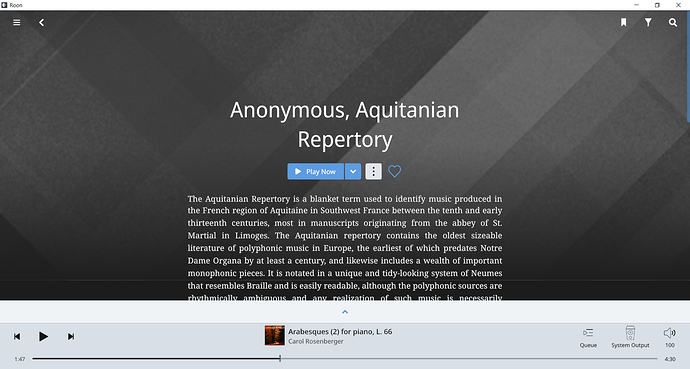 And they can also be used in the composition screen: 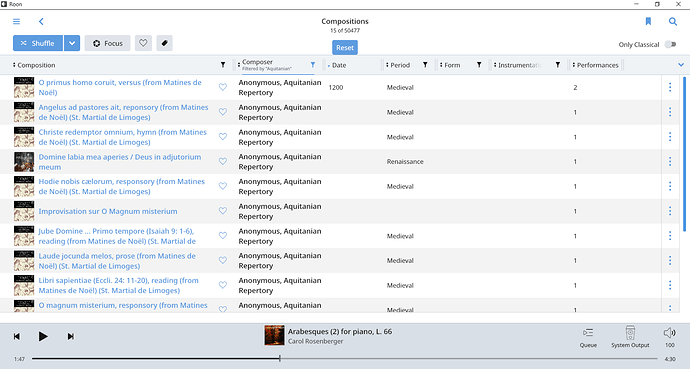 What I notice is that there seems to be some attempt to standardise these non-credited composer types as “genres”. But roon doesn’t seem to know what it wants to do. Sometimes treating the UI logic from a composer perspective and sometimes a genre perspective. Either way it is all very inconsistent and confusing. There are so many long-standing feature requests for years (box set handling etc.) that I have no confidence a more consistent approach will ever be addressed for something like this so please do the simplest thing and revert non-credited composer handling to the pre-1.7 behavior. 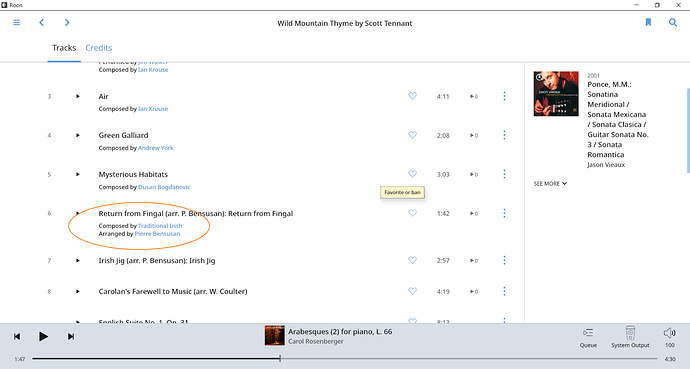 I thought you might be onto something there…
I created a dummy composer (and thus a working link) and merged it with Traditional.

No dice. Roon replaced it with traditional alright, but lost the link.

Yes. Merging doesn’t work. So roon seems to be pro-actively deactivating these links for some reason. The only thing I can think of is that there are often (but not always) similar genres to these composers and roon has decided these are really genres rather than composers. But that would need linking up all sorts of things in a coherent way to make that work consistently so better to revert to pre-1.7 behaviour for those who have been using this feature to organise and search for years and it is suddenly withdrawn.