Composer via missing a *lot* of albums

I searched for Shostakovich and navigated to the composer screen in Roon looking for a specific album in my local library. I noticed on the screen it is only showing 2 albums for Shostakovich, whereas I have at least 20. 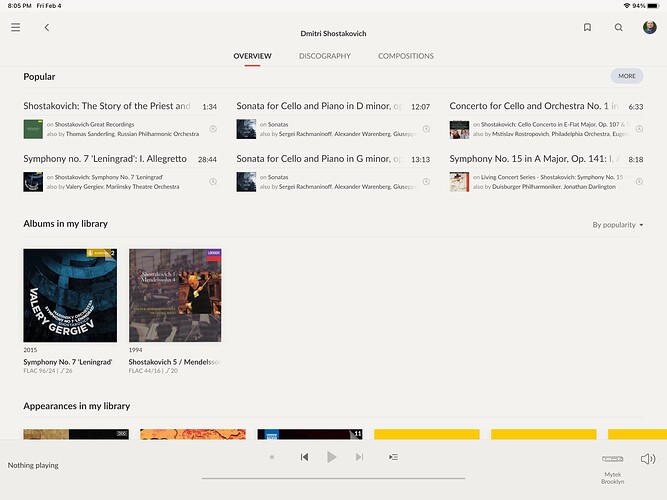 image1920×1439 123 KB
Any ideas on how I can make these visible? I am not sure if the problem started with the update a few days ago or the one a couple of weeks ago, but this used to work fine.

Here is an example of an album in my library that is missing from the composer page: 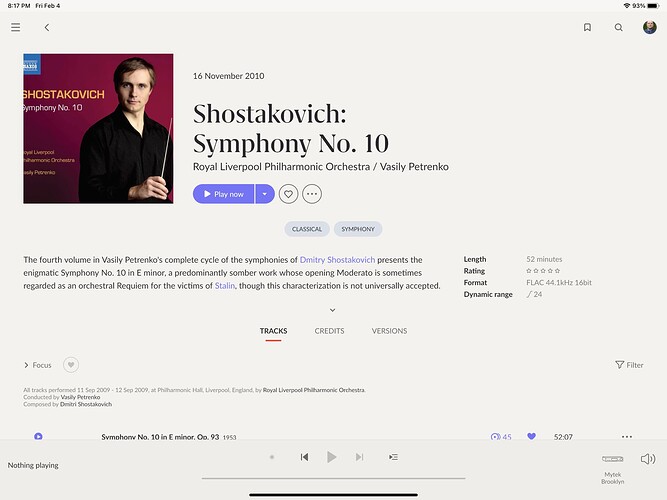 The missing albums do appear in the compositions section of the discography tab, but not under the main albums section. The two albums that do show aren’t even albums I listen too very much. So I guess I don’t know what is meant by a main album. 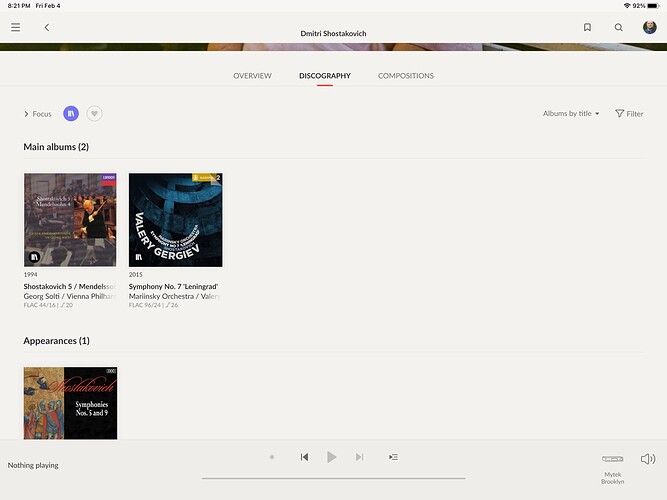 This is probably dodgy metadata, I see the same but the majority of albums show under Composed by (correct) not Albums

Compare say Beethoven where everything groups under Composed By correctly

In my case the 2 that shows as albums have Shostakovich as a Primary Artist, not impossible but unlikely. So dodgy metadata as ever.

Try removing Shostakovich as an Artist and all the albums should group correctly under Composed By.

It was common practice is the bad old days to show the Composer as an Artist, even now DG propagate the error

I would suggest that you first check that the composer is uniformly spelt as Dmitri Shostakovich across all occurrences (different spellings don’t help matching, but Roon is working on it)
Then select all your albums - go to (three dots) - edit… - rescan albums.
Yes this can take some time but it usually fixes gremlins like this.
Whether you have Dmitri Shostakovich as an Album Artist (“Primary Artist”) or not, should make no difference. I do and all the compositions, albums and tracks match up in all views [ illustration is sort ‘by artist’ working with Shostakovich as the Album Artist]