I have a bulk of albums the compositions of which are handled very differently.
Mahler has in no case never identified, Tchaikovsky always! In all cases, there has been already identified compositions in the Roon database at place.

See Mahler, the new compositions are extracted from video mp4 files (though Macroplants Adapter, split with Fission, imported into iTunes and there converted into Apple Lossless). No identification took place. 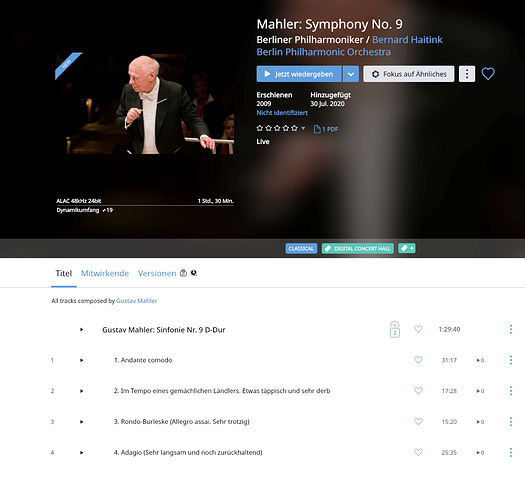 But there was already an album with that very composition. 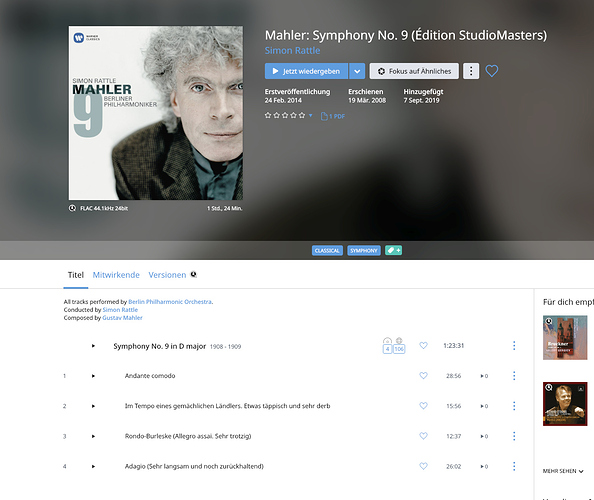 In contrast Tchaikovsky composition from the same source, passing the same procedure have instantly been identified. 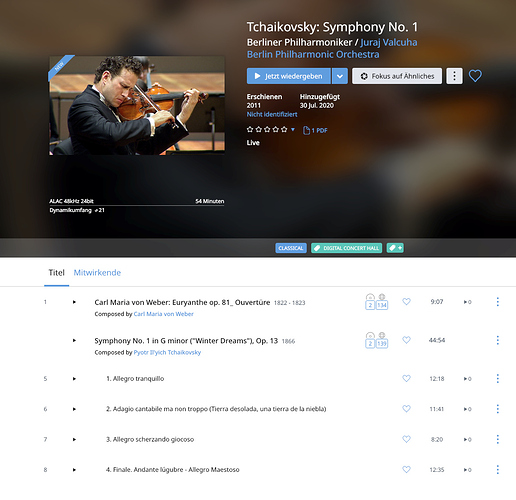 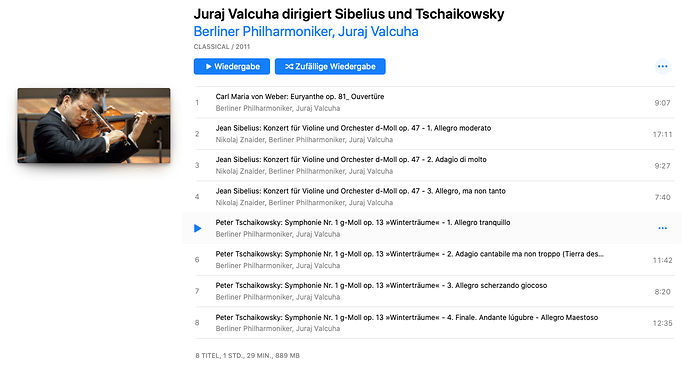 and mapped to the existing composition. 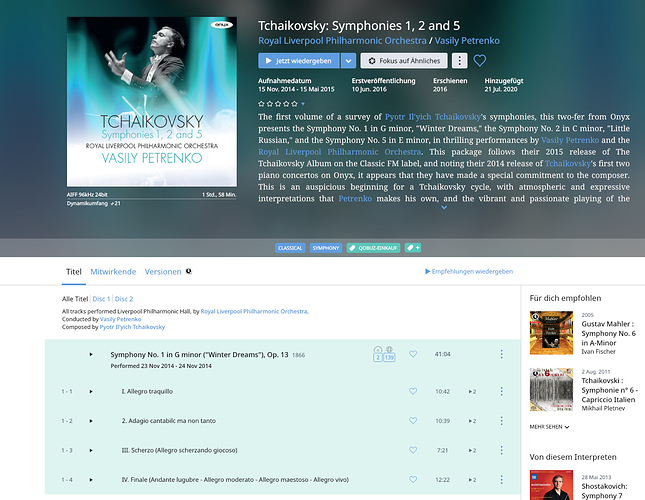 In addition, I recognizes the funny effect, that two completely different versions have been identified as “Duplicates”, where on of it (directed by Bernhard Haiting) is an unidentified composition while the other one (directed by Claudio Abbado) has manually been mapped to an existing album in the Roon database. 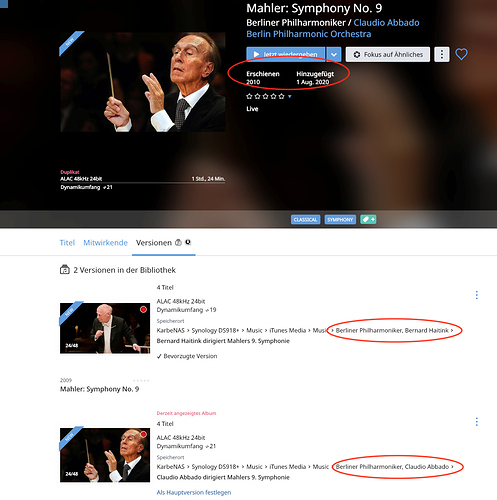 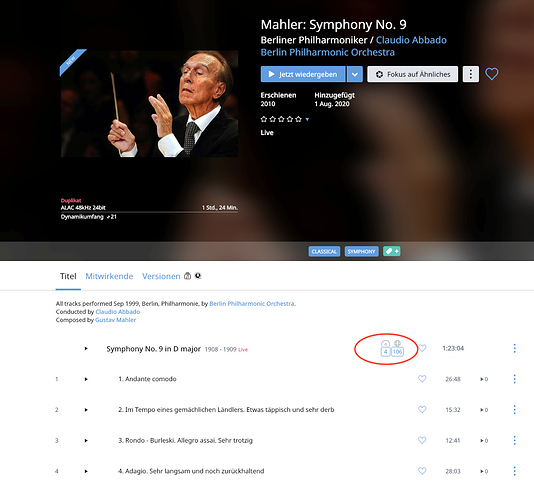 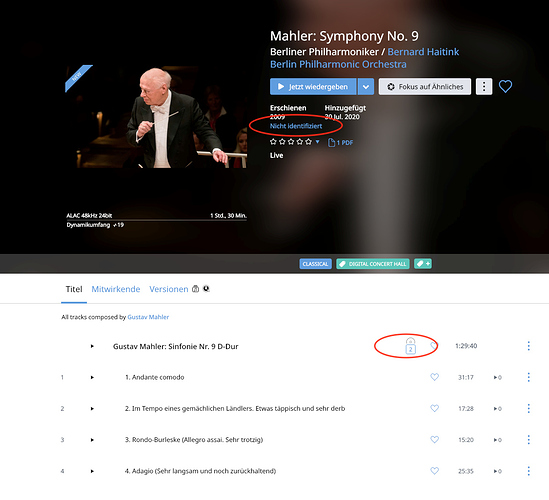 I hope, this helps to analyse the identification algorithm.