I have added the album Beethoven: The Complete String Quartets by the Alban Berg Quartet from Qobuz into my library. This is the Warner Classics edition, product number 0190295487393, released 22 March 2019. It has 71 tracks.

The first three quartets are correctly recognised as compositions by Roon; however, the remaining quartets (with 59 tracks) are not. They simply appear as a list of tracks.

I have made no edits to this album. Roon knows about 5 editions of this album, but they all share this error of only knowing about the first three compositions.

Please can all the quartets be properly represented as compositions in the Roon database. 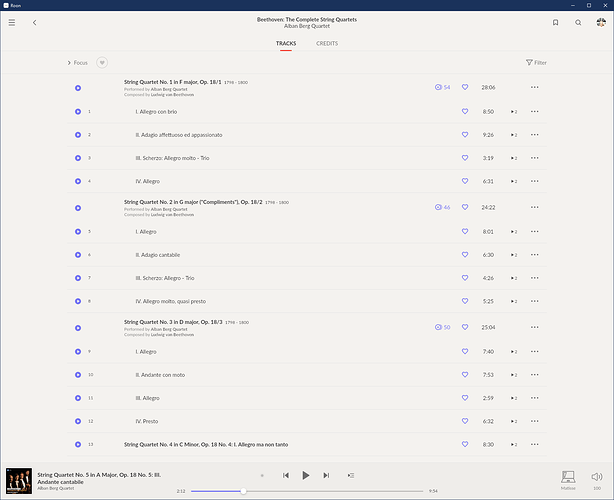 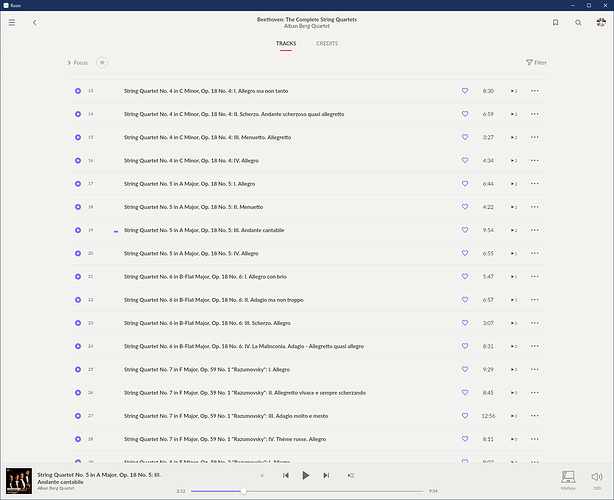 This is a known issue where the high quality metadata are on a release with multiple discs and the corresponding single “disc” release (usually, but not always, TIDAL/Qobuz) only gets the metadata applied to the tracks which make up disc 1.

We have a ticket to fix this (it’s not as simple as it might seem), but it’s not been scheduled yet.