I often find that some albums end up splitted and have to use this feature to re-group them. To me, it seems like the feature to fix track numbers is a bit confused. For example, here’s a Bloodhound Gang (yeah…) maxi CD that got split—the first track to the left is clearly part of the album to the right: 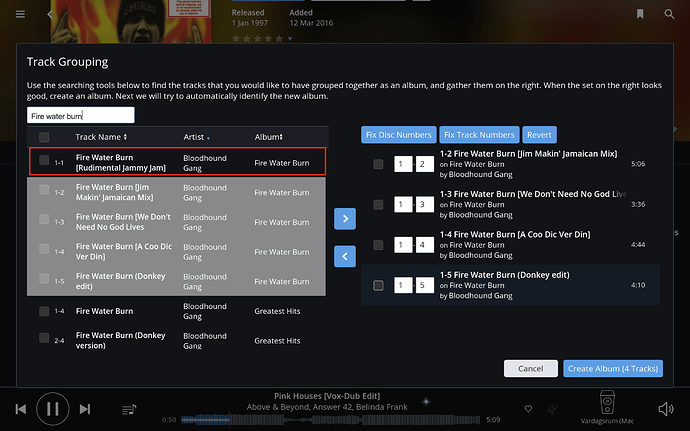 But when added, it slots in at the bottom, despite clearly being numbered as track 1 (and it seemingly can’t be dragged to the right spot in the list): 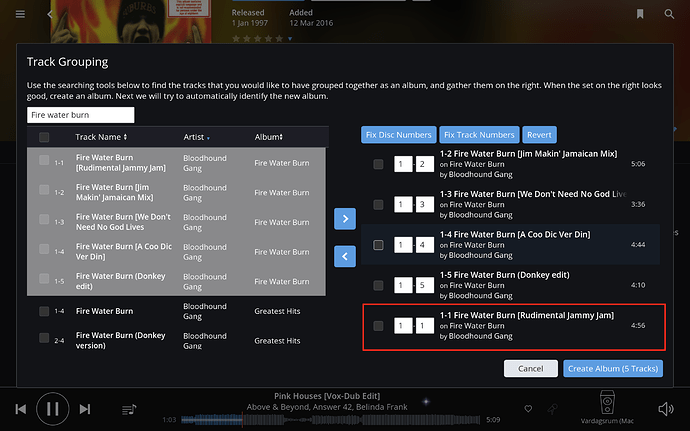 Here’s where you’d expect that Fix Track Numbers would come in handy, but no. Instead it does this: 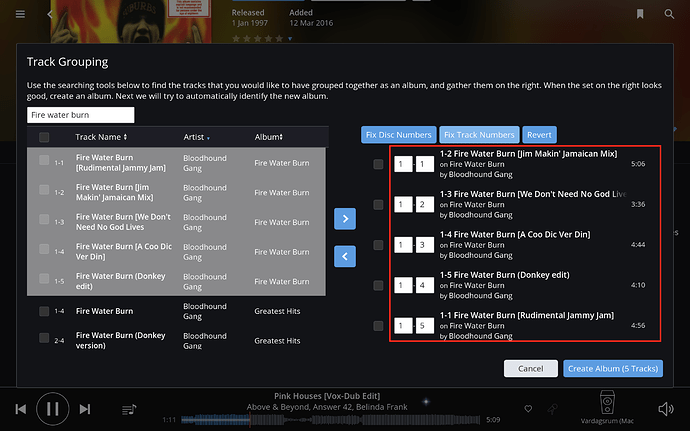 It completely scrambles the order of the album, so I clicked Revert, and then Create Album without fixing the seemingly wrong order, ignoring the warning and options to fix track numbers once again. But viola! When examined again, every track of the newly grouped album is indeed in the correct order, despite the warnings: 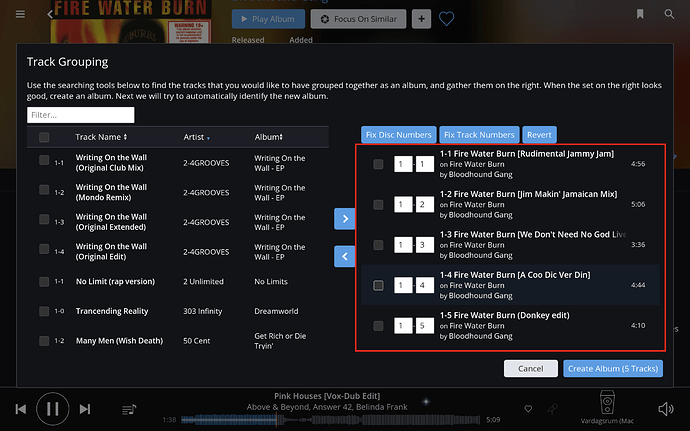 Is there something I’m missing here? To me, this behavior is really confusing, and the Fix buttons doesn’t do anything useful.

Thanks for highlighting this so well. I agree with you. The track grouping thing tricked me as well. At least it does work once you get used to it, so I have accepted it the way it is. But definitely some interface improvements could be made, when time permits.