Description Of Issue
I’m trying to connect a 2nd Mac to my Roon network. The network see the Mac, but the audio comes out of the core processor and not the 2nd Mac.

Do you want too use your second Mac as an output? If so, you can select it as a zone at the bottom right of the roon window.

I have it selected as a zone, but the audio still comes out of the core processor

Can you show a screen grab of the audio settings page showing the macs and other devices. If on the remote it should have This Mac at the top of the list and show system output and Core audio Built in Output.

Did you clone the OS from one of the macs to another. This has been known to cause Roon to only show the audio as that from the core and not the remote.

If you didn’t clone the OS (@CrystalGipsy 's question), then some further questions: 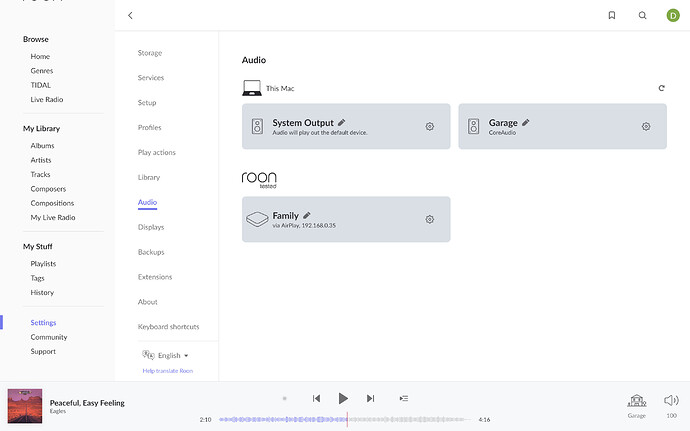 That’s an odd screenshot, if you are saying that the Mac shown is your first Mac, yet:

Was this screenshot taken on your first Mac? Can you show a screenshot of Roon - Settings > General and see which Mac is being used as your Core? The screen should show the name of the Mac and it’s IP address. Thanks. 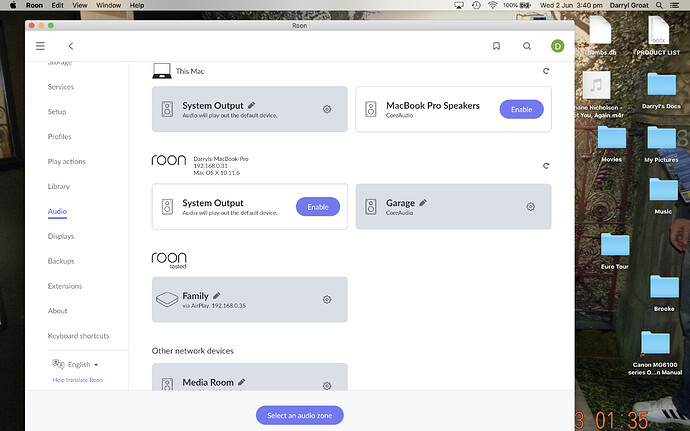 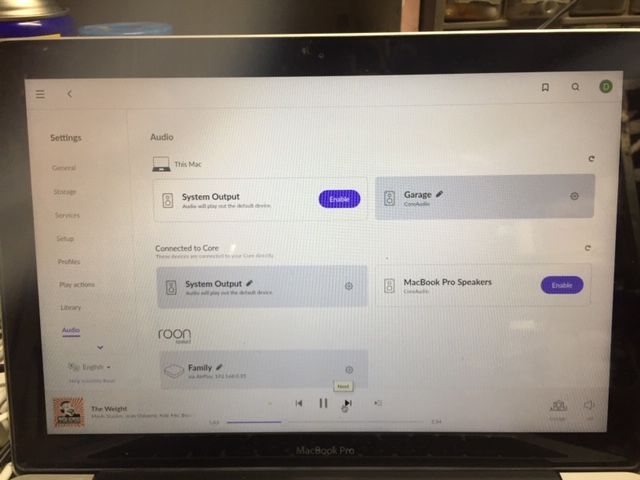 That looks more like it. If you’re confident that everything is OK, can I close this Support request? Thanks.

Thanks so much. I think disabling the MacBook Pro speakers on Garage did the trick