Considering to buy a lifetime license

I am new here and I am evaluating Roon since a week now.

I am having the CORE running as Docker on unRAID server. My iMac is hosting the iTunes library (incl. XML file etc.) and the music files are also sitting as shares on my unRAID server.

I have a bunch of questions now in spite the fact that I was reading the Getting Started Guide and the Before You Start thread.

Until now I was working on my metadata with SongKong and/or Jaikoz. Together with Minimserver you can get some pretty impressive data into your music collection.

1.) Is something like DISC Subtitle possible? Example: Aerial from Kate Bush. Disc 1 subtitle would be: “A sea of Honey” Disc 2 subtitle: “A sky of Honey”. I grouped the 2 disc’s in ROON but it is only showing Disc 1 and Disc 2. A second example might illustrate the feature even better: Kate Bush’s Director’s Cut is a made up of songs from her earlier albums The Sensual World and The Red Shoes which have been remixed and restructured. After a grouping in ROON I can only see Disc 1, 2, 3. The two pictures below are showing the logic in Kazoo fueled by MinimServer. Pic 1 is showing the entry picture and if you click on the violin concerto you see the details behind.

2.) I am using Tidal together with my wife and she loves audio books. These are showing up in ROON which I don’t want. Any way to exclude audio books in general? I have picked every single book and excluded it but this is not ideal.

3.) There have been discussions around iTunes ratings but it seems that there is still no way to import those star ratings. I made heavy use of it and used it to organize my collection. The workarounds in the previous threads were not elegant at all.

4.) Is HD file tagging coming? You have the Live, Bootleg and Compilation tag the HD tag would be just great.

5.)Is an official Docker planned?

This is a great piece of software and as soon as the bridge for my Linn Klimax DSM is available I would consider to buy the license. The point above are no real deal breakers btw…

Some responses, quite possibly answers

You won’t miss the $500, and you’ll love Roon over the long haul. Its got a substantial foothold in its market. My guess is it may be bought, but it won’t go away.

Here’s how Roon would display your album (without user edits which could spiff things up more): 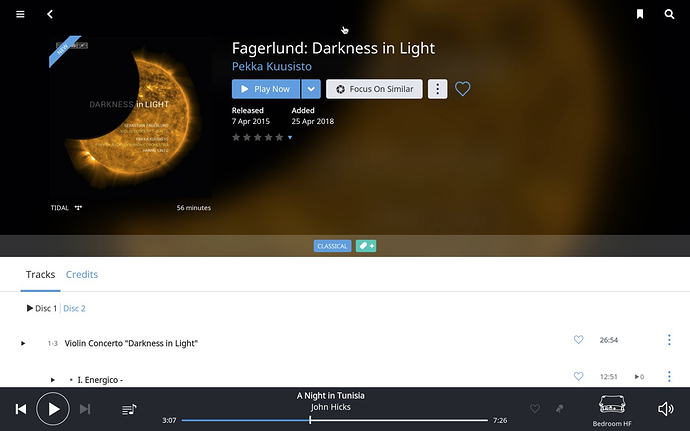 Screenshot shows Disc 1, and doesn’t show all because of my screen size. This was imported from TIDAL directly. Also the “now playing” stuff is spurious.

You can display the file resolution on the album cover view. I think the option is show album format on brower in the general settings menu.

This has more info about Docker

Thank you very much for your efforts, really appreciated.

To me it sounds:

1.) Is something like DISC Subtitle possible? NO
2.) Any way to exclude audio books in TIDAL in general? NO, only one by one
3.) Import iTunes ratings: NO, only with workaround
4.) Is HD file tagging coming? YES, already available and very granular
5.) Is an official Docker planned? NO, there is a 2 years old version but from external. Nothing like e.g. openHAB is providing. However, it is working.

I have to wait anyhow until the Linn DS support is coming, so there might be some improvements that are important to me.

@John_V, 3 pictures to illustrate the stunning overview that Kazoo with MinimServer & Jaikoz is providing: 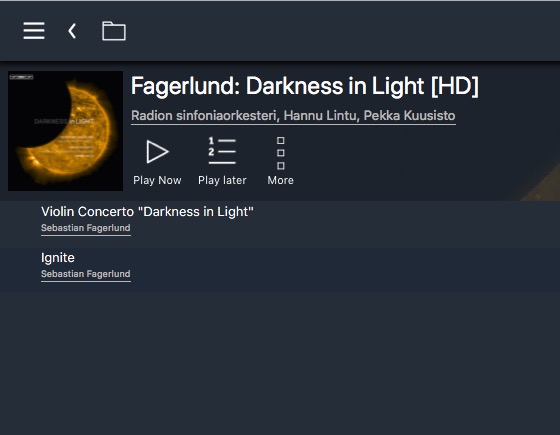 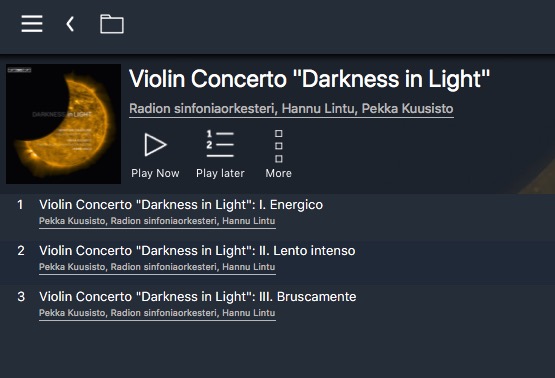 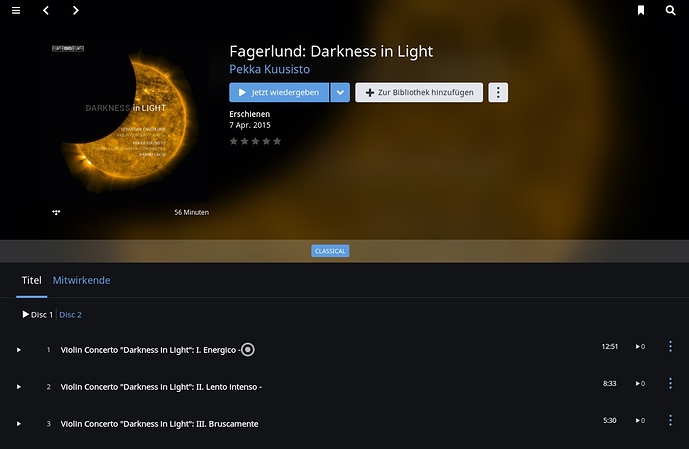 You gotta go with the feature set you think is most important. No question. Pax.

2.) I am using Tidal together with my wife and she loves audio books. These are showing up in ROON which I don’t want. Any way to exclude audio books in general? I have picked every single book and excluded it but this is not ideal.

Hi @anon2418595,
This might come a bit late, but in case you’re still looking for an elegant way to exclude your wife’s audiobooks from being shown in Roon, I have the following suggestion.
Go to Settings => Storage => Click on the hamburger menu at the right side of your watched folder and under “Ignored Paths” add the path to the directory where all audiobooks are stored, such as I did with my “8_VARIA” subdirectory, as shown in the screenshot below: 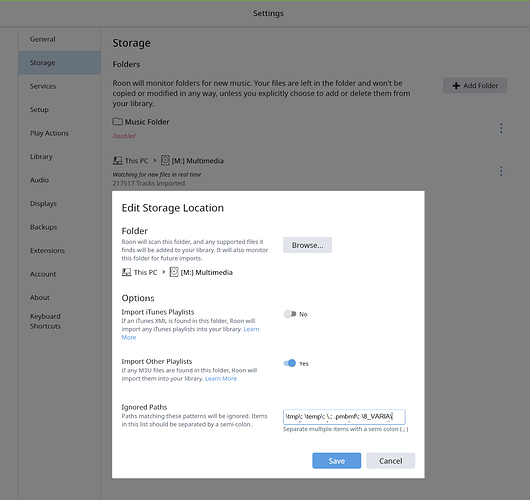