Think I know the answer to this but will ask anyway…if I click on an album cover, Roon will helpfully scroll through all pictures in that folder. Some of the pictures however are orientated 90 degrees out so is there a way within Roon of rotating the images to the correct orientation (and saving the corrected view)?

Edit: I corrected the orientation in ACDSee, deleted the album from Roon, re-imported it and it still shows the incorrect orientation.

Edit: Is it because Roon will only display photos in portrait orientation and not landscape orientation?

Can you share some screenshots of an example of what you’re seeing here? 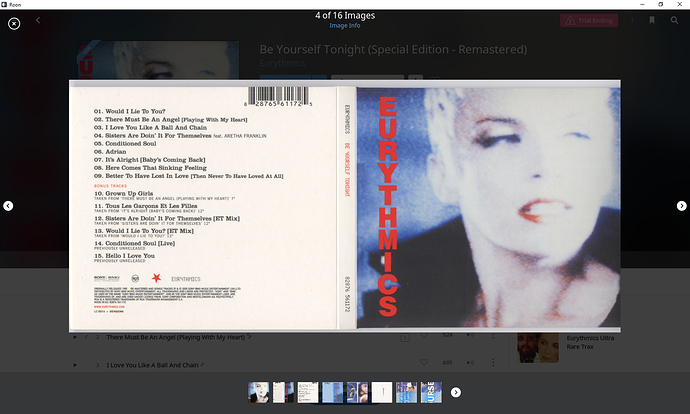 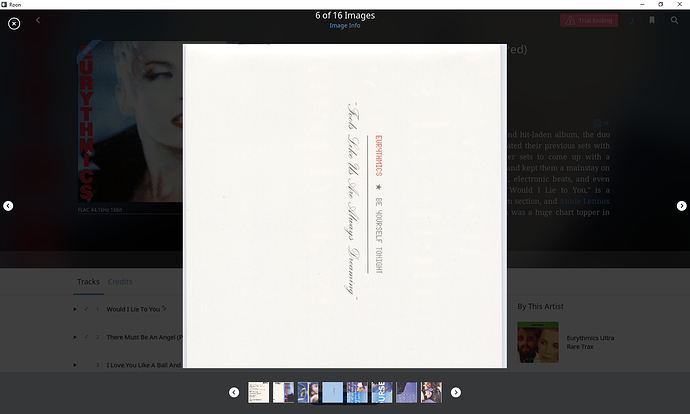 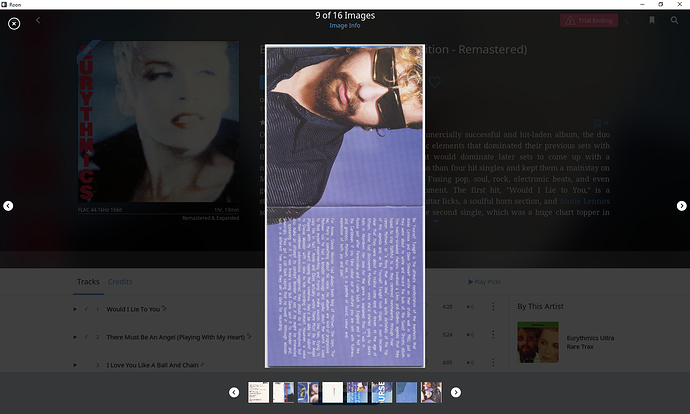 Thanks for the reply. Attached is a quick example showing the first pic correctly oriented and the next two pics 90 degrees out (even though all 3 show correct orientation in any photo editor). Hope it helps to solve the problem…no doubt I’ve messed up somewhere!

Would you mind sharing this album that’s experiencing this behavior with us?

Ideally, you can zip up the entire folder (including that image files) and send me a private message containing a shared dropbox link. If you don’t have Dropbox or need another way to send the media, just let me know.

We took a look at these files, and we have a pretty clear sense of the issue.

These files have image data oriented as shown in Roon, and they also have Exif tags that rotate them into the orientations shown in Windows photo viewer and other apps.

These kinds of tags are pretty uncommon in the art we import, and right now Roon does not support Exif data. We could add support but it’s not a trivial project, and not something we’re likely to undertake without more feedback. Feel free to open a feature request, of course.

You can view the orientations and the un-rotated images using this app: http://annystudio.com/software/jpeglosslessrotator/#download