Putting the Roon modules in the Project Folder is counter to the way Crestron file organization is done. These modules should be in the Usrmacro and Usrplus folders, so that they exist once and only once and not duplicated all over the place in project folders. It is also poor file naming not to prefix the system and device module names with ‘Roon’, so that it is obvious what that module is for. Please correct this in a future update.

And add revision numbers to the updated files. I just downloaded “Build 7” and the file names are the same as they were in ‘Build 6’; this is bad practice.

Revision numbers have already been added to the module files once you open them in SIMPL. As you can see in the below screenshot, they are visible and have even been included in the program header of the example program. 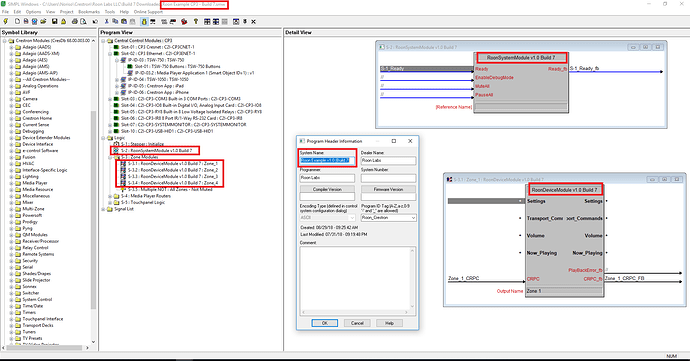 I had put the following reply in the wrong place; I am new to this forum, and it is not easy to navigate

That is only for the Module, not the Simpl+ files… they need rev #s as well.

The SIMPL+ RoonSystemModule has the build version in it’s name as shown below: 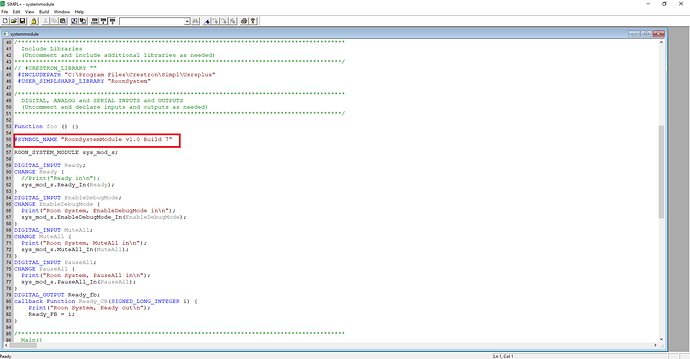 As for the RoonDeviceModule, we have edited the name displayed in the main SIMPL project but are not aware of any other way to list the build name since it contains dependencies to several SIMPL# files and changing the name of the file will break these references.

If you are aware of another way to dynamically update the build name without breaking the references and can provide some examples we can take a look to see if it’s possible to include it that way in future builds.