I had a quick search for “albums listed multiple times in tidal” and found nothing so I hope I’m doing something really silly like missing a setting somewhere. 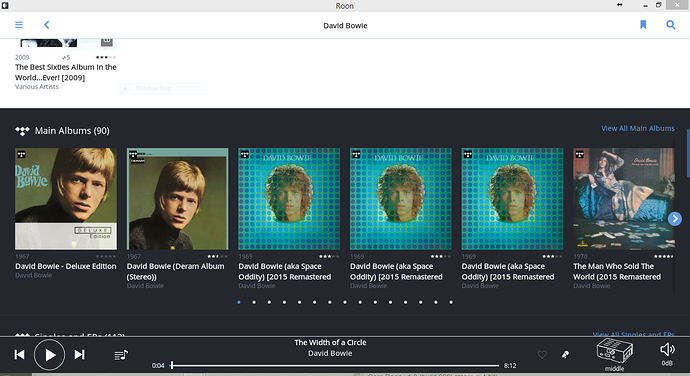 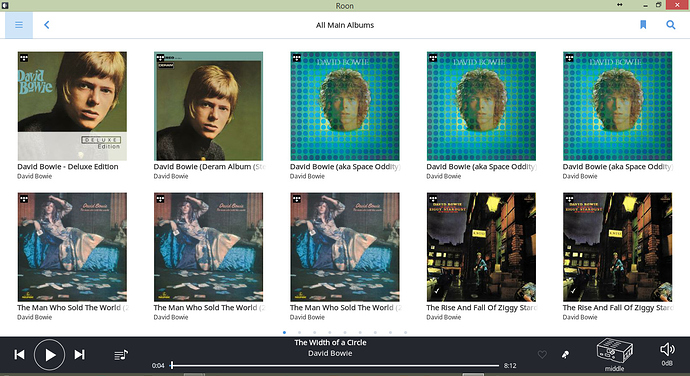 And let’s face it, not even Bowie REALLY did time travel. Recorded in December '69, Originally released in November '69, this 2015 remaster released in September '69. 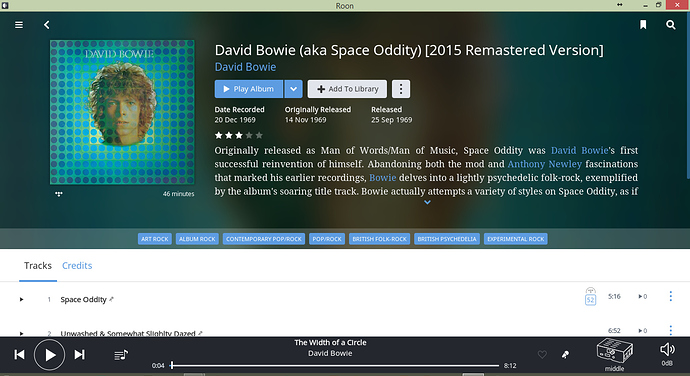 And this appears to be by no means limited to Mr Bowie.

I hope I’m doing something wrong.

As far as I know, the only way to figure this out is to play a song and check the signal path.

Thanks for the info Rob.

Am I alone in thinking that is a silly way to handle multiple formats ?

Is this being looked at for v1.4 I wonder ? Maybe an extra layer to handle multiple formats of the same album release ? It’s potentially only going to generate more duplication as more formats are utilised.

And there is still the issue of a 2015 remaster being released 3 months before the album was recorded in 1969. Or a 2012 remaster of Ziggy being released in 1972. Or maybe the Ziggy is how it’s supposed to be reported though I don’t see why.

Yeah, it can be a drag. It’s not much better if you use the Tidal app, so I’m guessing Roon is working within that limitation.

The recording/release dates don’t “tie-up” for many items in Tidal! It looks like there’s a problem with fields in a database being incorrectly linked as this type of error is so common (I’ve been looking at the ECM catalogue in Tidal, loads of errors).

Local library entries appear to be fine in the main, maybe someone out in the ether can shed a little more light on this issue?