dCS is pleased to announce an update to our network firmware for Rossini, Vivaldi, and Vivaldi One devices. This release is centered around a completely re-written Roon implementation to correct long-standing issues with the prior version. Usage of this module should require no changes on the part of the user and Roon will continue to function normally with your dCS device. The new software brings a number of enhancements with the most notable being:

This version of the network firmware is available for the Network Bridge as of 27-Feb-2019.

Unfortunately I am getting a server error code 403 when trying to download the linked above release notes:

Also the dCS website is looking weird, as the style sheets are not downloading from the same server, so all pages look flat with just plain text. I have tried multiple times in Chrome, Firefox and Edge. This is the home page: 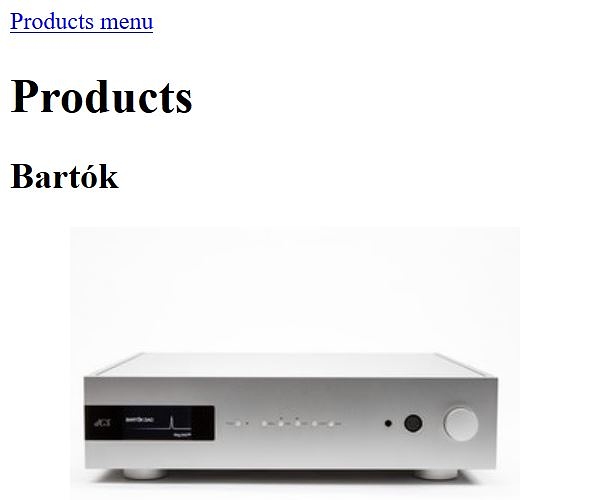 Will this firmware also be available for the Bartók, when finally shipping?

Unfortunately I am getting a server error code 403 when trying to download the linked above release notes:

What country are you trying to access the site from?

Will this firmware also be available for the Bartók, when finally shipping?

Yes. The network firmware is the same on all of the products.

Netherlands here too (XS4All). No problems getting to the PDF.

Ping me a PM and I can send it to you.

@RBM Thank you for sending it to me

I am a bit confused. Reading the update notes on page 4 it states that if Roon signal path shows my dCS Vivaldi as Vivaldi System then the signal paths last point should indicate Analog Output. I have checked and my signal path shows Digital Output for both CD and MQA titles. In the audio setup for the the Vivaldi is set for decoder and renderer.

Am I misreading something?

dCS website is from just now working properly again, for me and for friends from The Netherlands, Belgium and Germany.

Am I misreading something?

Nope. That appears to be a regression that popped up in the final build. We made a bunch of changes in the end of the development cycle to deal with the different Vivaldi permutations and it would appear that the wrong label got applied to one of them. It’s only cosmetic, so no concern. We’ll get it sorted in the next release.

dCS website is from just now working properly again, for me and for friends from The Netherlands, Belgium and Germany.

Thanks for reporting the problem in the first place. We don’t know about these issues unless someone tells us.

Hello. I’ve just updated to Firmware 406 and tested it for MQA playback. It’s working fine but: the Vivaldi Upsampler is connected to the Vivaldi DAC(AES3+4) and the serial control cable is connected between the two, but they are not paired since Roon ’s Audio Settings page shows dCS Vivaldi Upsampler instead of dCS Vivaldi System. How can I make sure DAC and Upsampler are paired? Thanks!

If everything is connected correctly then your device should show up as a “Vivaldi System” in Roon. The fact that it’s not suggests an issue somewhere.

Thank you very much, Andrew. The problem was solved by setting both units to Binary. I think dCS should include your instructions on their release notes.

Wondering when this correction to “analog output” might be made?

We’re shooting for a release next week. I’ll get confirmation tomorrow and will post an update when I know for certain.

Wondering when this correction to “analog output” might be made?

This is fixed in our development code, but since it’s only a cosmetic issue it’s going to wait until we have another release lined up. We’re in the middle of figuring out timing of the next release but it’s at least a month out at this point.

406 was released for the Network Bridge today. This also includes an update to the Bridge main firmware to bring it to version 1.0.2. There are some minor updates to the release notes and I’ve updated the link in the first post.

@AMP after I did the update on my loaner NB there seems to be something wrong. Everything works as it should exept that the volume is really low even if I use fixed volume in Roon. I connect my DAC with AES and my DAC changes sample rate so it has connection to the NB and it works with my regular streamer on USB.

I have powered down, DAC, NB and Roon ROCK but still this problem.

Any thoughts what might have happened as it worked ok before the update.

@AMP need to update as after I first updated the NB it showed min volume 0 and max volume 0 even when using the NB volume and with fixed volume it still produced really low volume. After the power cyckle it now shows min volume -80 and it was set at -30 this was not visable from the begining. When I changed it to 0 and changed to fixed volume the sound came back.