For those of you who have used the Google Chromecast Audio, you may know it’s pretty amazing value allowing bitperfect delivery up to 24/48 for around $15. Sadly, Google has announced they are going to stop making the CCA in favor of speakers. I’m wondering if the CCA is something Roon could take over and add some simple modifications to:

This would be an easier way to get Roon into older systems without requiring the purchase of higher priced turnkey solutions like the Rock. As a scaled down solution from the Rock, it could be rebadged accordingly (hence this post’s name).

I know getting Google’s discontinued tech may not be so easy, so this is more of an early idea and open to constructive comments from the community. It may not work or be possible, but there are some smart people here, so maybe there is hope. If you wanted to crowd source the re-branding, i’ll be the first to chip in some money to help you do so!

Sadly, Google has announced they are going to stop making the CCA in favor of speakers.

Does that mean that CCA will be discontinued over all, or only the built-in version of chrome in speakers of different manufacturers?

As far as I understood only the device called Chrome Cast Audio is affected. Other devices and the Google Cast stuff (is it a protocol? an API? - I don’t really know) will live on. 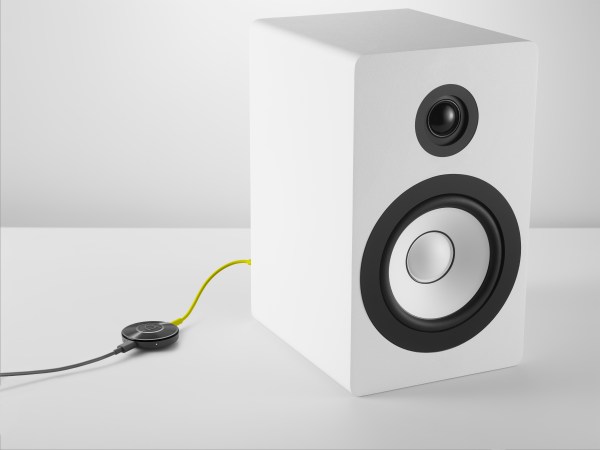 The Chromecast Audio is no more. Google has decided to stop manufacturing the audio dongle that allowed you to add any “dumb” speaker to your Google Cast setup. If you still want one, you’ll have to hurry — and to entice you to buy a discontinued...

Would it be an alternative to use the Chromecast and some kind of HDMI to toslink splitter?

That’s exactly what I like about Chrome Audio. As a cheap Roon endpoint for cheap or old devices. There are enough expensive toys. I’ve ordered another 2 in reserve.

I know this is an old thread, but so far nobody has produced a small / low cost Roon end point, or equivalent to a Chromecast audio.

I like the idea of taking the design & some of the tooling for Chromecast Audio from Google & repurposing it, but doubt Google would allow it - might be just as easy to build a similar device from scratch, or another possible way I was considering.

I was looking at cheap Chinese phones, and can see that you can get an ok phone with 3 cameras, 4000mah battery, cellular connectivity, fingerprint scanner, plus all kinds of other parts that wouldn’t be necessary for a small music streamer for around $75.

I was wondering if an existing Android Phone / tablet design could be modified to strip out some parts that aren’t needed for a digital audio streamer, then add on a digital audio output & custom firmware, possibly a non-Android linux based system to make it easier to work with Roon.

With the components stripped out, I expect the price could be a lot less than a phone - perhaps around $40 or $50 once modifications have been made. Due to the display, unlike a Chromecast Audio it could be used as a Roon remote / display as well as endpoint.

If a device like this were possible without needing huge volumes to produce, it’d be interesting to see what level of interest there would be. If relatively popular, a fully custom purpose built low-cost Roon endpoint / display could be developed.

Given the lack of interest in this thread so far, am I one of very few people who are interested in this kind of concept?

One reason is cost, another is complexity.

The cost of a Raspberry Pi + digital out board + case & PSU is a fair bit more than $50, depending on what you buy. Add a screen, and it’s even more.

I’d like to see ~$50 for a budget endpoint with a screen (based on Android tablet / phone), and closer to $30 for an endpoint with no screen (much like Chromecast Audio).

There are also people who don’t want to set up a raspberry Pi & would rather just buy something, plug it in, and use it. A pre-packaged RPI bundle with RoPieeeXL and a digital out board could be made very easy to set up, but cost would still be an issue.

$73.79 seems pretty reasonable for something that is not limited to 16/48. Do Roon users really need/want something cheaper? IDK.

I don’t know how much demand for something ~$30/$40 cheaper and far simpler / smaller, or something a little cheaper with a touch screen for control and information, but I expect there would be some.

I for one would have bought at least one instead of the Rpi I reluctantly bought as a Roon Endpoint for a lack of better options.

Adding on ~$30 for a digital out HAT makes it about twice the price of what I’m proposing, and more complicated.

Do you use an Rpi for Roon just now?

I use a RPi4 with my Meridian Prime Headphone Amplifier and Power Supply. Works great. I’ve built two and have parts on the way from Amazon to build another. I should say assemble, because there is nothing to build actually.

What did you use for Audio Out from your RPI4 to your Meridian Prime?

I used an old LG G5 with LG Hifi Plus / Cyrus Soundkey for a time, which worked well, and had the app for control built in. It’s not a bad solution, though digital out is better where a higher quality DAC is available.

USB out from RPi4 to USB in on Meridian Prime.

Unfortunately, the economics of consumer electronics don’t work the way you think they do. The only reason that phones and tablets can be so cheap is that they’re produced by the millionfold (tablets) or ten-hundred millionfold (phones). This means that the non-recurring engineering costs (designing, getting FCC certification, fixing random gremlins, etc) get amortized across the huge volume and don’t inflate the unit cost too much. They’re also sold through distribution channels that don’t have 40-50% margins at the retail level, unlike high end audio. If this is to be a professional project, you need to figure in support costs, too: taking a phone call usually costs about $20.

The experienced hardware and software people that you need are people that big tech companies will pay $200K and up (way up) per year. For contract labor, you double the hourly rate. So quite optimistically assuming you can get the hardware and software done with one person month each, and assuming you found lower cost labor, (not Silicon Valley, Seattle, or New York) you’d still be looking at least at $30K in engineering cost - and that’s pretty optimistic.

Many of the features of a tablet or phone are software, which has zero per unit cost (once you paid for the development). Other items are surprisingly cheap: basic economics says the bill of materials for the phone is somewhere between 1/3 to 1/5 the selling price. So a $75 phone had $15-$25 of parts in it. The screen is probably the only component that costs enough that you might save money by removing it. So say $10 of electronics (including printed circuit board) per device [again, optimistic]. You’ll need a case and power supply as well: the two most expensive parts in most audio components. Let’s guess that’s about $5 for both (I’m sure you could spend less, and you can definitely spend a lot, lot more). Googling for FCC certification cost seems to indicate that it will be at least $1000. Oh, you think you need WiFi to have an actual product? Make that $5K.

Note that we have a $0 marketing budget (that won’t work) and no profit (read: this is a hobby, not a business). So $10K marketing and $50K of profit (for 6 months of your life, and putting $70k at risk) adds another $30 per unit, and we’re at $64.50. We haven’t included shipping yet, either. That’s another $5-$10. No legal fees, either. Where are you storing inventory until it sells? Suddenly that Raspberry Pi is looking pretty good… or an Android phone running Roon Remote… There’s no dealer markup accounted for, either.

Put in a better power supply, a nice screen, and a really nice case, spend real money on software integration, provide support and 5 year warranty, add the retailer’s margin, and it’s not hard to see why Bryston sets the MSRP on the BDP-Pi at $1495.

Hobbyists can avoid many of these costs: Find a $10 SBC, use a power supply that’s sitting around, get the ARM version of RoonBridge running, or find a SBC with DietPi support, or Ropieee on RPi, DIY support. Anything goes wrong, it’s their problem.

You just can’t do low volume electronics cheaply and profitably.

The low volumes is an issue, but the reason I suggested basing it on cheap Chinese phones / tablets is that I read an article about how there are places in Shenzen with many tiny electronics manufacturers who produce all kinds of strange but fully functional smartphones in tiny volumes and low prices.

It may be that the modifications they’re making are far smaller than adding a digital output & stripping out some other hardware, but if this kind of thing is within their capabilities, finding a skilled company in this category could perhaps get a proof of concept device together pretty cheaply vs your estimates (I don’t know this for sure & have no contacts in Shenzen, but it may be possible).

For this kind of ‘proof of concept’ device, it would be more of an ‘import at your own risk’ device, with little support or marketing, following the same model as cheap Chinese imported phones just now.

Such a device could check whether there is a market & get some user feedback to help inform if it’s worth investing in a much fancier device, and if so what features are important to users.

Volumes is a big issue - I hadn’t thought the market would be so small.

For it to make sense to scale, the device would certainly need to build in protocols beyond Roon to have broader appeal.

With the hardware of a phone / tablet, it could also offer all kinds of streaming options & network protocols to expand the user base far beyond Roon users. Perhaps it could even support Google Cast to be a real alternative to Chromecast Audio.

In the end, my thinking is that nobody produces a low-cost streamer with a digital output that can be used with Roon & other systems.

Perhaps there’s too little demand, or perhaps the popular audio companies don’t want this as it wouldn’t support their specific walled garden platform uniquely (e.g. I’m sure AudioPro could do a version of their Link 1 that supported Roon / Google Cast etc to broaden its appeal, but don’t because they are focused on building their own Ecosystem, which is fair enough but not so great for consumers).

Thanks for your input - it’s interesting throwing ideas around to see if there’s some opportunity in there.