Difference between Roon Endpoint and Linn as Roon tested DAC

Hi
can anybody explain what a Linn DSM not does, what a Roon Endpoint does.

Is the difference only the sound quality, or are there restrictions in operation as well?

I looked for this, but on the Linn forum you see only negative reactions about roon. I use roon since 2015 and am very happy with it. As the DSM has good critics as UPNP streamer, I was hoping that roon would not impact SQ.

What Linn forum? It’s gone hasn’t it?
Linn users have been traditionally sceptical about anything that comes from outside the Linn eco system. So if they are saying that files played using the native Linn software sounds better, it shouldn’t come as a huge surprise. And in all honesty they may be right. But the differences should be subtle and I wouldn’t expect “night and day” differences. I would look to all of the attributes you want, sound quality is only one of them and on balance Linn might still be the better choice for you.

but on the Linn forum you see only negative reactions about roon.

There is no justification for that. I run a Linn Akurate DSM III, it works flawlessly with Roon. At the same time I have a Media Server via Twonky (separate from my Roon server). So I can operate the Akurate with different software. Linn Kazoo (the original Linn software) is the one who satisfies me the least. Much better works Lumin. Android is doing pretty well with Bubble DS Next.

From a sonic point of view, there is no difference in whether the Akurate DSM is operated via Twonky and Lumin, or via Roon. If I activate upsampling in Roon, then my personal impression is that it brings a sonic advantage.

My Roon server is simultaneously connected via USB to my McIntosh MA9000 AC, I have also installed the HQPlayer. So I can compare the sound of the HQPlayer with the Akurate DSM. My verdict: The Linn Akurate DSM III with Roon operated is in my (not cheap) stereo the best sound source. 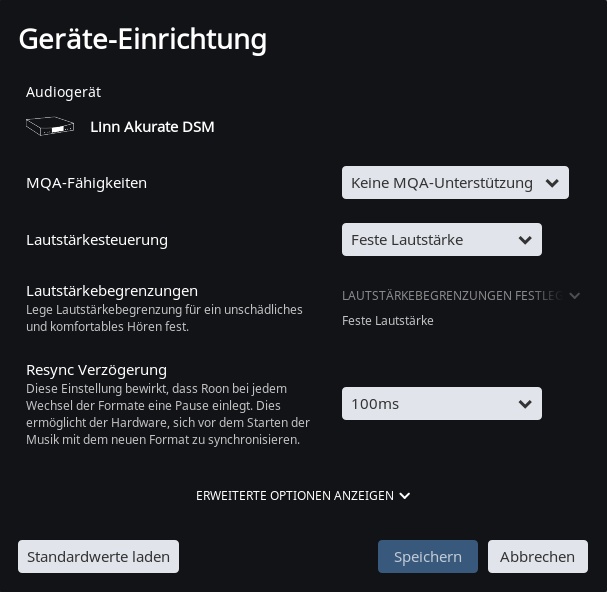 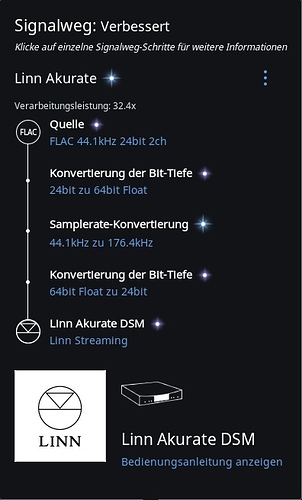