I have two versions of the same album by London Grammar, one is a HiRes vinyl recording, the other is an MP3 download with extra tracks. The albums have the same name in the tags, which I want to keep as such, but the folders they are stored in are in different places. Also, one has discnumber set to 1 with discsubtitle set to “Vinyl”, the other has discnumber 2 and discsubtitle “MP3”.

If I browse through Albums and filter or go to the artist, both albums (“Truth is…”) are listed: 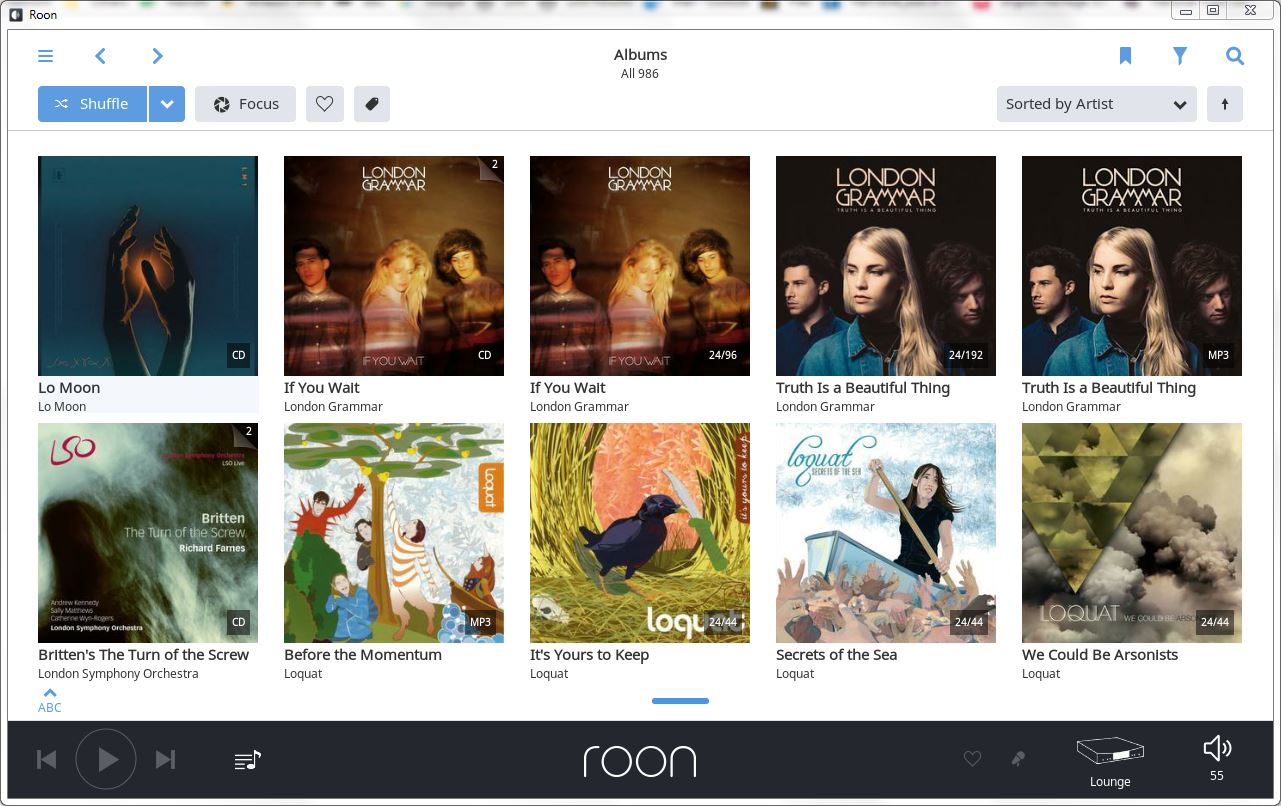 But if I browse the artist, only one version is listed: 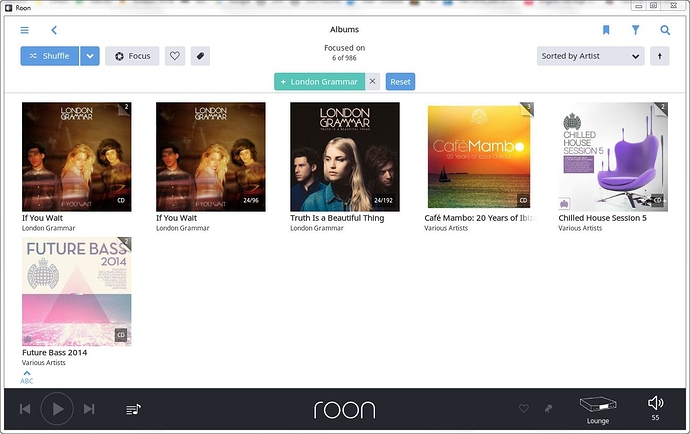 As you can also see, I have 2 versions of another album of theirs (If You Wait), a CD rip and a Vinyl recording. They both show up in both views. The difference being the latter album is tagged with [VINYL] appended to the name, and neither have discnumber or discsubtitle set.

I have turned Show Hidden Tracks and Albums ON.

Hi, @Timster, thanks for sharing this observation with us. You mentioned that these two version of one album (I suppose “If You Wait”) have different number of tracks, so this album according our current rules for duplicates is not considered duplicates, that’s why you cannot see them grouped together.

Hi Ivan,
Sorry you misunderstand. I don’t want them grouped together, and it’s not the album “If You Wait” that’s the problem. The problem is the album “Truth is a Beautiful Thing”. When listed in the Albums browser, both versions are shown. But when listed under the artist (London Grammar) the MP3 version is missing (as the images show).

However, since Roon was updated this morning, and I did a system restart, I just checked and the missing album has now appeared!

Good to hear that, @Timster!