On this John Martyn compilation (May you never - the essential John Martyn) that I have just ripped there is recording information for disc 1 but none for disc 2 and 3. 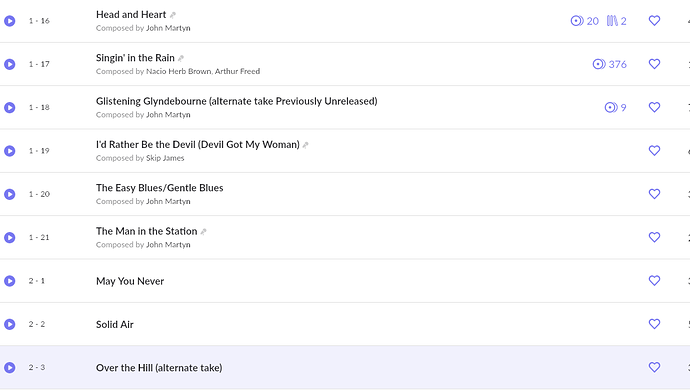 If I look at the Tidal version, there is recordings linked. 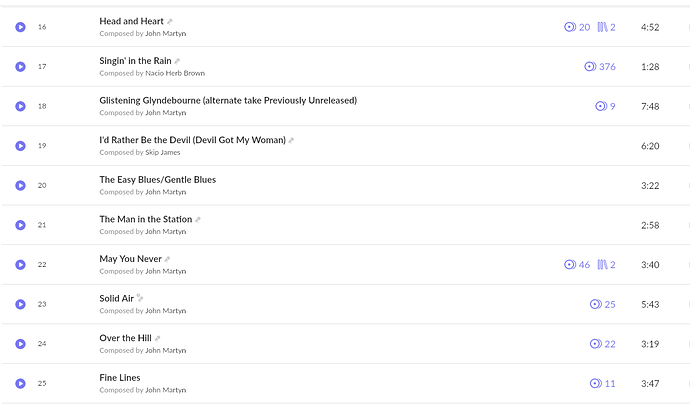 Any idea how I can get this information onto my ripped version?

John, for now, if you want the composer/recording info, you’ll need to manually pick the metadata edition which is a single disc of 58 tracks. I think that it will still show up as three discs in your client once you’ve done that.

Thanks Joel, that does give me the extra information but doesn’t divide them into discs.
Not an issue for me really as the 3 disc set is arbitrary and I’d prefer the information. 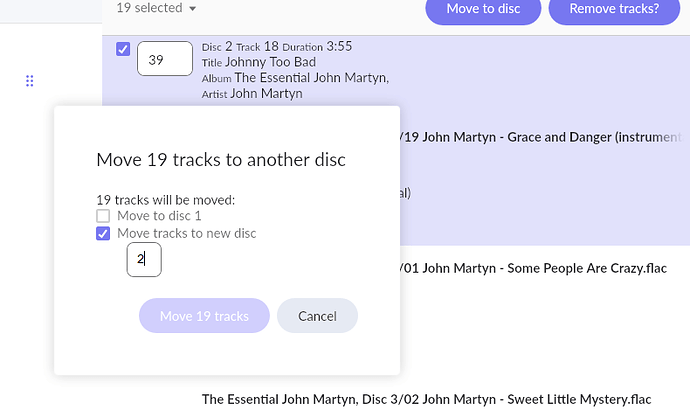 I seem to get to a place where is is possible but the “Move 19 tracks” is not selectable and I cannot see any way to create a “new disc” 2 and 3.

I won’t lose sleep over it though just pointing it out.