Different tracks being treated as Performances of same track

Has anyone had the issue with multiple performances listed under a track, but when you click on the link, it shows you various tracks from the album you are starting with? 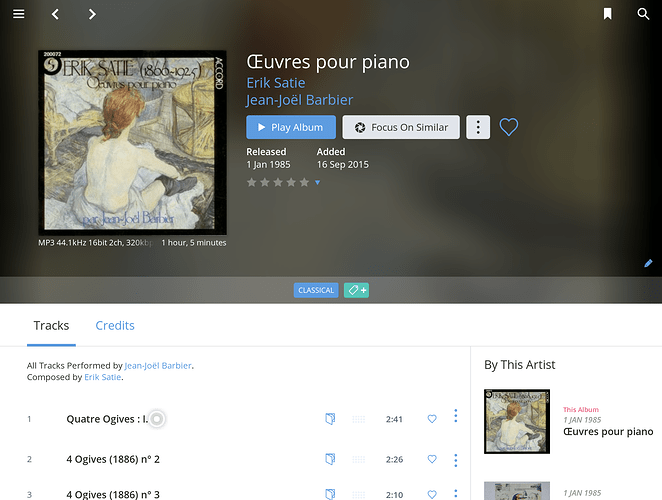 Here are tracks further down on the same listing as above, showing multiple performances under tracks 9-12: 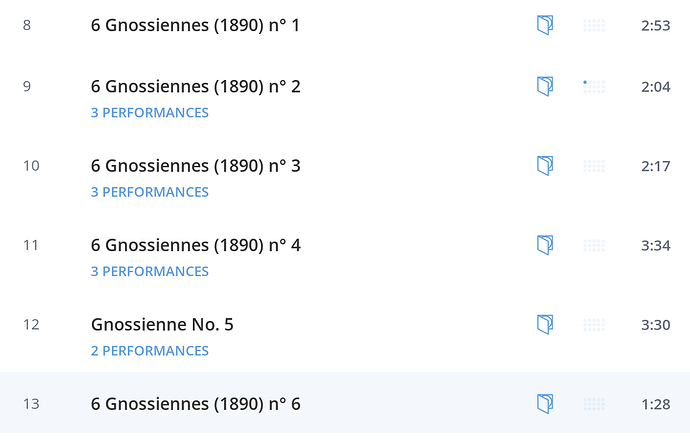 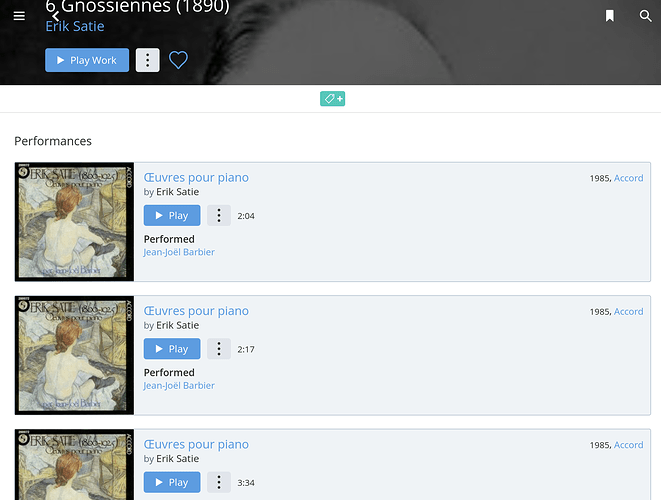 Any ideas of what’s causing this loop?

It is clearly bad metadata because the composer is in the Album Artist. This is a sure sign of poor metadata.

And that you have a multi-part work represented as different performances is a problem with performance ID.

Metadata Issue will be dealt with if you leave them here. With apologies for the delay…

@mike @brian or whoever ends up dealing with this: http://www.allmusic.com/album/erik-satie-oeuvres-pour-piano-vo-1-mw0001798860 needs correct track listing and full metadata.

Actually, in the metadata I don’t have anything listed under album artist.

You misunderstand. What iTunes shows you is not necessarily anything to do with what Roon shows you, which comes from its own database.

The long and short of it is that what it says in iTunes is irrelevant. The problem comes from Roon’s metadata providers.

This will be corrected and suddenly the album will look right for you. This may take some weeks though…

Gotcha. Thanks for looking into it. For future issues like this should I contact allmusic myself and save you guys the trouble of having to do this?

You can try. I’m not sure it’ll help.

I’ve not had a single correction submitted through their web form carried out.

Lugwig, just a question to shed some light on the dynamics of metadata. Ever since the first consumer management software came out it seems we’ve been stuck with the artist-album artist-composer configuration which does not work for classical and sort of works for jazz. How realistic is it that we’d ever see a composer-performer configuration (allowing for multiple performers a la The Schwann Catalog) and the end of “various artists?”