All tracks played are currently added to history without distinguishing endpoint. It’d be great to be able to sort by endpoint to facilitate creating playlists etc. from a listening session.

I agree with this.

+2. I think history needs it to make sense of who played what and where.

Like this idea - but if it was a focus feature would want that additionally to the main history. Was searching on iphone for what had just played in the bedroom but the history was updating with what was playing downstairs. Very confusing.

Would love to see artwork in history, and albums to collapse down by default rather than everything be track based.

Adding one other thing here - probably a very edge case but - would it be possible to flag something to not appear in history?

Totally agree that this would be a great feature.

If you look at how you access the history from the phone interface you expect it to be split per zone. For those who haven’t seen it, you access it by selecting the current zone where you have the now playing screen, queue and history. Although the queue is specific for the zone, the history is global.

What would be nice to have is that you can access the global history from the main menu and access the history per zone by selecting the zone and then selecting a history tab that exists besides a queue tab. I made a mock-up to show what I mean: 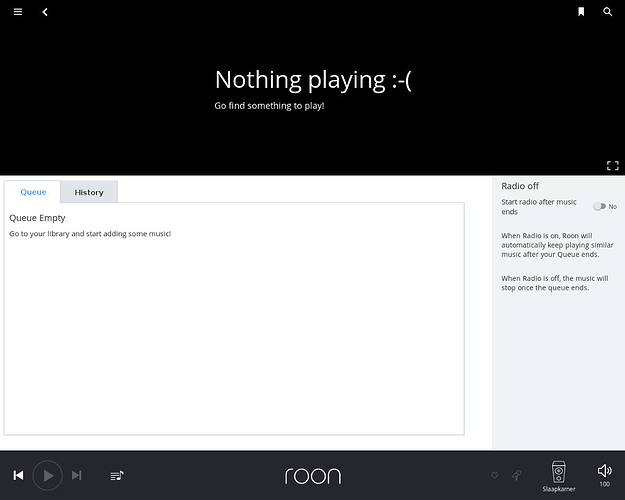