Do I have a sense of humour problem?

I couldn’t stop laughing when these popped up alongside each other in my YouTube feed. My wife and son think I’m weird and don’t get it.

Not sure if you have a problem or not but I grew up on Stingray, Captain Scarlet, Thunderbirds etc.
Well I guess that explains a lot actually now I think about it…

And me. Still love it.

Add me to the fan list. In fact, I just purchased Thunderbirds Are Go Season 3. For my sons birthday, of course, not for myself!

Guess I need to throw one of favourites in the ring although not animated…
Dr.Who…
The early years of course with the Darleks, Cybermen etc.

You know, a puppetry supermarionation version of Dr. Who would indeed rock!

Don’t even get me started on things like
The Magic Roundabout, The Clangers or Banana Splits…

No. My wife and son (and 2 daughters, and dog…you get the picture) think I’m weird.

Even our ornamental cow is called Ermentrude

I have a “thing” about the Doctor Who theme … several rare vinyls and I even bought a somewhat crazy Korg polyphonic synth to try a few of my own versions. Yeh, it’s literally the only think I can play on it ;/

I love all the old supermarionation and older sci-fi … with the exception of Space 1999 - that was cheesier than the moon itself! 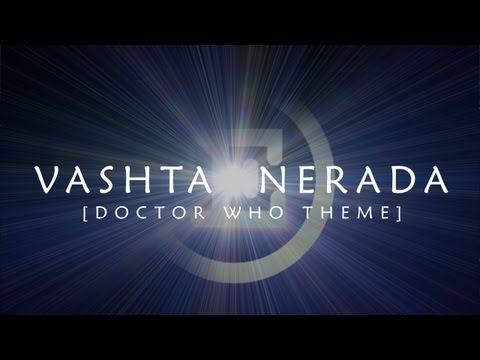 For you and other Dr Who fans …

(this is one of those I have on vinyl)

Bob (not real name to protect my identifty)

I have a visual of you, Lady Penelope and Parker … you need help. (or maybe I need help)

I have a visual of you, Lady Penelope and Parker

Parker has the night off… Just me and “Ma Lady” with a gin and tonic and cucumber sandwiches.

It was Marina from Stingray for me.
Also Bob.

Be afraid, be very afraid…

I cant swim so Marina was a bridge to far.

But I can see the attraction.