Do not omit CD from album title

I have set up Roon to use my embedded file tags for album title. Roon is omitting the word CD and anything thereafter from the title, Any chance either not to remove this or have an option not to?

You might find a workaround by adjusting library / import settings / album version settings and/or general / browsing preferences settings. I’m not sure what combination would work best though…

Played a bit around, but didn’t make any difference. Which setting were you thinking of? I tried all options and “CD” and everything after “CD” is removed from the album title tag.

@support, any chance to look into this? Thanks!

When Roon displayed “CD”, many users complained it showed CD when the source was not CD but a download. Now this has been rectified and now users complain CD is no longer part of this label.

I have my opinion, but will not dilute the thread with this.

This is not a bug, IMHO. If you want to see the format of albums, just enable it in Settings → General → Customize album display: 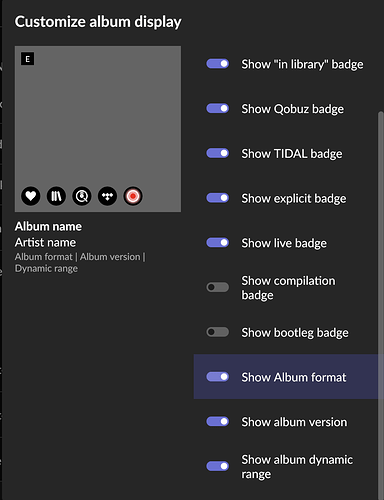 Once you have it enabled, you can see exactly what format your albums are. None of them are dumbed down to “CD”, but I’d rather have accurate information about the source format. Unlike JRiver Media Center, Roon can NOT actually play CDs! 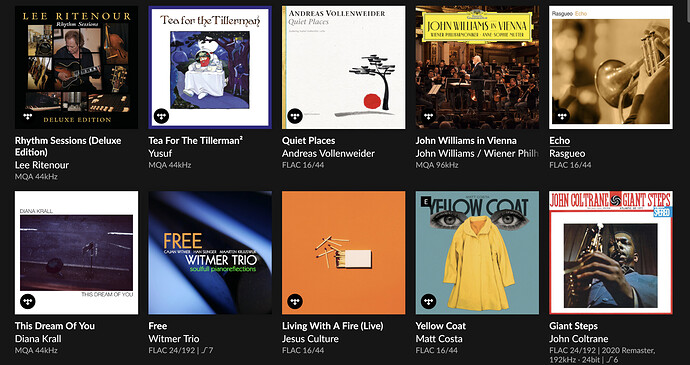 Thanks for your replies. If you take a look at the album below, you understand my challenge. There are albums where CD is part of the album name. And Roon just wipes this out and even wipes us everything thereafter. I tried, but doesn’t seem the customizations bring this back?

I was thinking of the library import settings here… 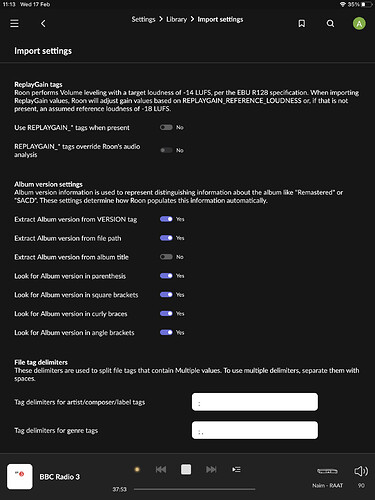 Edit - deselecting ‘show album version’ in the screenshot posted by @David_Snyder above might also have an effect.

I can’t find the album in Tidal - what does Roon show if you ‘prefer Roon’?

Thanks for your notes. Yes, my library is set to “prefer file”. That’s why I am confused that it doesn’t take the album title directly from my metadata, but instead removes CD (and everything after the word CD).

The album is not identified by Roon, but that’s true for many of my albums. Not everything is in allmusic, MBZ, etc. I am ok with this.

Tried all the settings mentioned in this thread, but no luck to bring “CD” back.

Roon tries to identify (versions of) albums using many clues, including folder structure, file names, and tags. In multi-CD sets, one of the ‘conventions’ is to add (eg) ‘CD 1’ to the title. In most cases, that’s not actually part of the title, and Roon would (correctly) not show it. Unfortunately, in this case, it’s wrong! I can’t find the relevant words in the knowledge base - but if I do I’ll update!

It’ll be a pain if you have many disks needing this fix, but you might try using the ‘edit’ function for the album to correct the title.

For a “workaround”, put CD1 in square brackets
[CD1]

It will display in the title.

Ahaa, then I apologise. I see now I side-tracked what you actually asked for. If “CD 1” is actually part of the album title, then of course, it should be part of the title also in Roon.

Beside the point of the thread, but: What kind of album title is that anyway? Tried finding more information about this copy, but it seems to be digital only (so why is it indicated as being part of a CD set?)

What kind of album title is that anyway?

I’d argue it isn’t part of the title. I’d catalogue the title as, “Live American Broadcast”.
But at the end of the day, your library is your library and people will catalogue how they see fit.

I hear you and agree that it is an odd album title. It’s how Deezer names it (which I take as correct) and how it is displayed on the cover image. So, we need to live with it rather than change it to what we like more.

What’s the reason for Roon to remove it from my metadata? Shouldn’t the logic be that selecting “prefer file” allows users to have the album be displayed in the way that they tagged it? I’d understand to remove “CD1” from file names, but this “CD” as part of the title comes straight from my tags.

Yes, checked with MBZ Picard and it includs “CD” in the tag. I see the point to remove from file/folder name, but would think tags should be untouched by Roon.

but would think tags should be untouched by Roon.

Strictly speaking, they are. It’s being ignored which is a subtle but important difference.

Anyway, you have the [ ] method of including it in your title so you’re good to go.

The square brackets thing in an album creates a Version

CD must be a trigger phrase in Roon. If you import a box where the cd folders are CD01 - Album 1 etc , Roon will treat each subfolder as an album and split the box 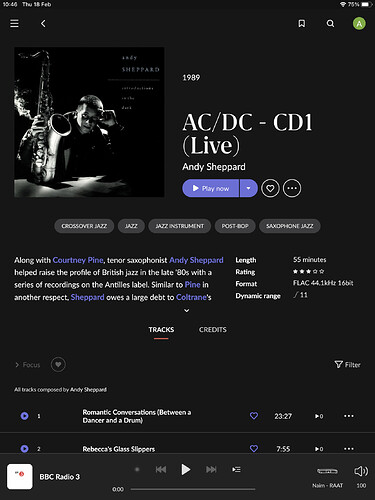