Do roon developers ever read anything in here?

And those who don’t cater to their clients lose business.

Your attitude sometimes simply amazes me. Is belittling customers a new sport for you?

His original comment, and subsequent “joshing” comment are both from the school of rock video he posted.

I’d just ‘slam’ you for another example of selective quoting.

Looked into this and posted on that thread. We do read, but the answer you want is not always the one we have.

Please have another look, think there might have been some misunderstanding of the severity of the issue, cause of it, and workaround.

Nailed it, especially the subscription user. However I am a lifetime lic. user - lucky me that I like 1.8

Is belittling customers a new sport for you?

Did I belittle someone?

@rDin posted a frequent rebuttal (as he stated) to the Henry Ford quote, and I responded with a counter-rebuttal, also frequently stated by product people. He didn’t mean any harm, I didn’t either. @Klaus_Kammerer1 took offense because he failed to recognize my (slightly misquoted) quote, to which I clarified by posting a time adjusted reference, and followed up by the next line in the dialog after the quote, implying “all in good fun”, just like in the video clip.

Takes all the fun out of explaining a joke, but clearly it’s hot in here. I hope you and @Klaus_Kammerer1 and others who may have misunderstood get that it was an attempt at humor.

I’m not sure how folks on the forum can say whether they like the 1.8 UI or not when - based on their posts - their phones / tablets / computers must look like plasters radios.

There you go… now instead of having to trawl through a post to see if may possibly offend I’ve saved the trouble.

What in the world is a “plasters radio”?

I like 1.8 version, my biggest complaint is the slow loading of the home screen, every time I go to the home screen is much slower than version 1.7, and that is not a good feeling.

Also I am noticing a lot more memory is used in my synology ds3615xs with version 1.8, I am receiving synology notifications saying that my 16gb need an upgrade. My synology does have almost nothing installed.

Other than that is working and my music is playing.

Ah! Typing on my phone and autocorrect took care of that one! Probably for the best

I so enjoy @danny wit and blunt sarcasm. It’s refreshing…

Would be nice if Roon had a publicably available bug list, then customers could track the progress of any bugs reported and would not need to vocalize about in on the forum, also then don’t need to report every problem if can see it is already logged on the bug list.

Exhibit A. A plasterers radio… 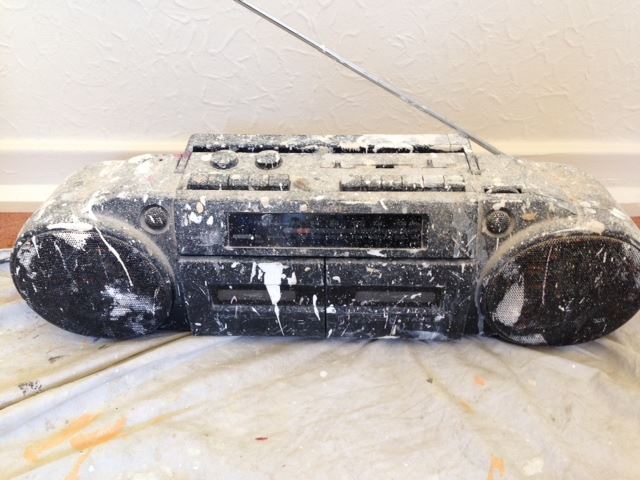 Oh come on… is there really any need to sully this forum with sane and rational suggestions?

If they adopted an approach like that then where am I supposed to go to shout about my grievances about what the world owes me?

Yes, I do think that a small handful of “officially moderated” sticky threads would be useful to the well-functioning of this community, which I like and which most days strikes me as a place I like to be a part of.

I 100% agree with Roon’s decision to not publish a road-map, even if I don’t always love it - it’s the right business decision. But as part of a roll-out like this, I think a list of ‘yes, we heard you, we are working on this, or we have a planned solution and it’s being worked on’ so there isn’t an echo chamber (or at least there’s less of one) of people arguing about whether Roonies heard or bringing up new-to-them issues. I don’t know if Roon has an employed moderator, but I bet we could get someone to volunteer to act as the official mouthpiece, so long as s/he was thicker-skinned than I and didn’t mind being called a fanboy.

Ah. Yes. I dropped a bucket of plaster once. Some of it hit the ceiling. And we were finding splashes in unlikely places for weeks.

Been asked for in the past. Was a NO.
Obviously no harm in asking again…

Yeah I didn’t mean a roadmap, its up to Roon to decide what they are working on and when it is done. But it would be useful to know that when discover a possible bug (such as cannot import album type from file metadata even though UI makes out that you can) to know that roon have registered the bug, and agree that it is a bug and hopefully fixed at sometime. As it is I don’t know if roon are actually aware of the issue, agree that it is an issue and therefore possibly will fix the issue.

At this point all of us have to step back and understand that our opinions aren’t really top of mind for Roon management. There are bugs that have been reported for basic functionality since 2016 that remain unaddressed. How many of you are frustrated by the fact that whenever you select the back button you end up back at the top of whatever section you are in? Yet somehow we got analytics that are nothing more then fluff.