Do YOU add version in the album name?

Interested to know how people treat their versions in the album name. For instance:

I am thinking about stripping the bracketed language from my album names and rely on the Version tag once drilled into album view, but not sure how this will work once all albums have been done that way.

Hi @Henkemannen. Roon can do this automatically for you, so you can just try it out. 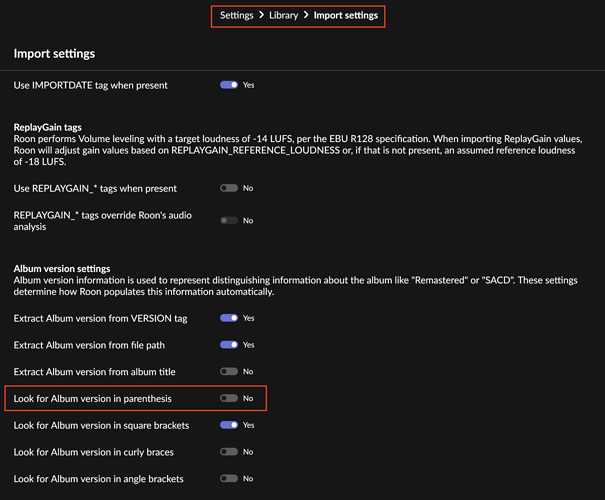 I was doing something similar for a while;
Album name (single) but Roon had a hard time identifying a lot of these albums. I will still use; album name (deluxe edition) but for remasters I use the album name and put “2018 Remaster” in the version tag

Hi @joel - many thanks. I was looking to do the opposite. Not having the version in the title of the album but instead rely on the version for that.