Does Roon prefer Tidal to Qobuz?

Click on Versions and make it your Primary Version. The versions I put in my library are both 24/44.1. 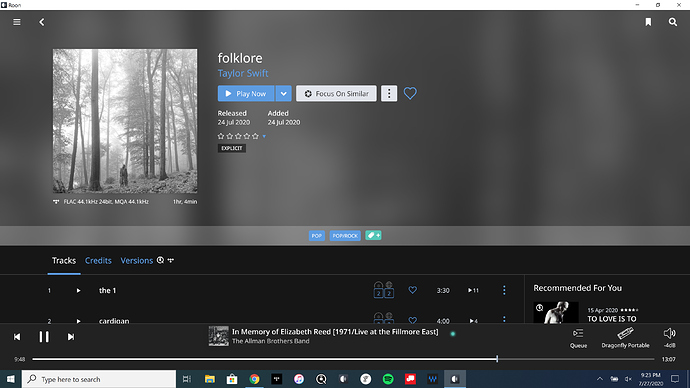 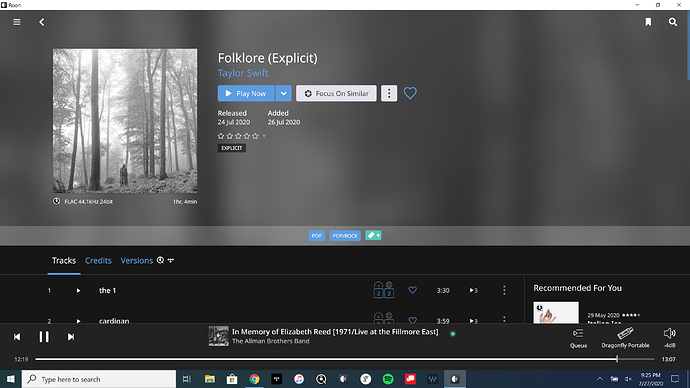 Thanks Jim, but as I said in my original message, I know how to manually correct the issue in the manner you indicated. I’m questioning why the initial, default selection went the way it did. The way I see it, Roon might be preferring Tidal to Qobuz, or it might be preferring MQA to straight PCM, or something else. If Roon prefers Tidal to Qobuz, that’s good to know because it means that I just have to remember to only add streaming albums from the service’s tab rather than from the Overview page. Inconvenient, but workable. And this is something that could easily be made a setting, and, indeed, I could easily solve the problem by just not logging into Tidal.

But you’d think that if you selected an album from the Overview page, that you’d get the highest resolution version that your system could handle. It could be that Roon isn’t preferring Tidal, but that its algorithm that gives you the highest resolution is programmed to consider that an MQA version is “better” than an unprocessed PCM version of the same album. If that is the case, I call it into question. Yes, the MQA version will stream with lower bandwidth, but that’s a straw man. People subscribe to Qobuz precisely because they prefer the full resolution uncompressed high-res streaming and have the bandwidth to support it. Also, I’m sure that there are other users besides me who have high-bandwidth internet connections and no MQA decoders. For that group, Qobuz will nearly always have the highest resolution version (unless Tidal also has a non-MQA high-res version (which is becoming rarer)). Again, this is adjustable manually and you can force the default action by simply turning Tidal off, but really one ought to be able to dictate the default action here.

I think you are torturing yourself by assuming there is some higher logic behind all this.
There is some intrinsic trend for Roon to choose Tidal over Qobuz, it seems. I see this in Roon Radio, for instance. But I don’t believe it is absolute. Maybe some fragment of original code that skews things one way…

Just try a few and see how it works best for you.