Hey, I wasn’t aware this place was crowded with so many Statler & Waldorf guys 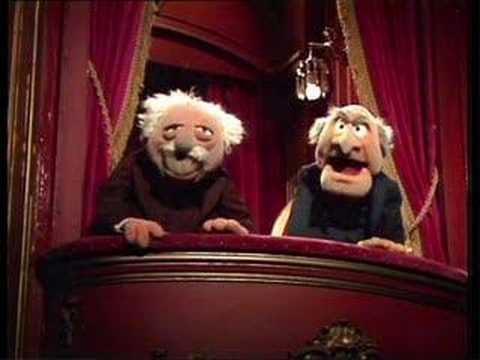 Of ourse! Everthing was better in the old days

No surprise at all, given the results of the age poll…

Age Poll - How old are you, really?

It’ll be fun to see how young the Roon community people are! I hope I constructed the poll correctly! poll

I‘d be worried being Roon. Glad to say I brought the average down 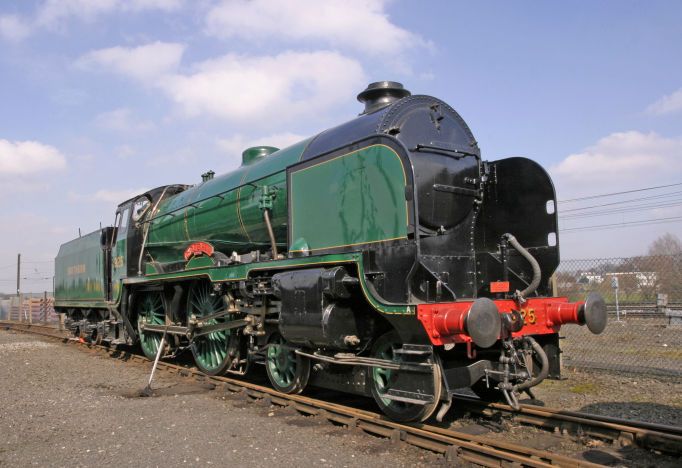 Perfect match for experimenting with Roon and Dolby Atmos?

Maybe… but unlike 3D, Dolby Atmos is seeing widespread support in common consumer devices, like Sonos and even Apple TV. With Netflix supporting Atmos streaming titles, that makes it about as mainstream as you can get. Whether it works or improves the home viewing experience is another question… but the hardware and software will be there for playback.

Do you find all surround music to be a gimmick, or just Atmos? Personally, I found the handful of Atmos music I have (REM, INXS, The Beatles) to be an absolute “upgrade” from their standard surround versions.

Could Roon technically handle Dolby Atmos content through Tidal? Probably. But I think it would require some real technical changes to RAAT, which right now is setup for either two or multichannel PCM, or DSD (native or DoP) content. Dolby Atmos uses either lossless TrueHD as a starting point with added metadata, or lossy Dolby Digital+ and metadata. I’m thinking that Tidal is using the later since endpoints like Apple TVs only support Dolby Digital+ Atmos content right now;

The most convenient way to deliver something like that via Roon would be to stream directly to a receiver or pre/pro that already supported Atmos and could be upgraded to do RAAT or new models with RAAT could be introduced. But Denon’s new 2020 models don’t have that.

That leaves streaming the content through HDMI which would most likely be a PC, Mac or Linux box with an upgraded version of RAAT that understands if Atmos is available. Other HDMI capable endpoints like Oppo 203/205s could work too if Oppo would ever open the code base up for a firmware upgrade…not likely these days.

The easiest way to do this is to use an Apple TV 4k (with its Tidal app) and connect it to a Dolby Atmos capable device (AVR, Soundbar) via HDMI.
Contrary to the “normal” way to do Dolby Atmos (Blu Ray or Netflix / amazon as the source), having Tidal as the source is such a niche application, that I doubt it’s worth Roon’s effort to make this possible. Especially given the underlying technology (Dolby True HD) is not part of the Roon architecture.
The number of atmos titles on Tidal is still extremely limited.
I think it is not unreasonable to suggest that the dedicated few who want to use this scenario buy an Apple TV 4k for 200 USD and be done.

I spoke in a personal capacity and do not speak for Roon’s product plans. As a company, we continuously monitor the market and demand.

I think that 3D did have significant support – for several years, it was all the rage in TVs and projectors – but that’s now passed. The potential difference with 3D audio is that you don’t need to wear stoopid glasses and the experience is essentially a “not inconvenient” one.

Obviously Dolby is looking to create new markets. At the moment, full Atmos surround sound systems are really niche; soundbars are less niche, but still command a premium. If they (Dolby) can get Atmos decoding (and enough cheap speakers that will actually produce a noticeable effect) into the TVs themselves AND they can persuade the studios to produce sufficient content (it costs money to master) AND find a way to deliver the content to the TV in a convenient way, then it may have a chance.

I accept that the common denominator low end isn’t Roon’s typical customer, but the format will fail unless there is enough low end demand to justify producing the content (HD-DVD, DVD-A, Blu-Ray audio anyone?).

Further, doing anything other than capturing a live performance from within the audience is going to be creatively challenging and costly, which is why studio surround will remain niche. Playing Devil’s advocate, much of this could have been done with Dolby Digital and even Pro Logic. Perhaps there is some merit in listening to an orchestra from the conductor’s podium, but on a soundbar? Dunno. But the likes of DSoTM in a genuine multi-channel mix are going to remain rarities.

There’s a mindset and educational shift too. To date, I am amazed at how TV performances of (e.g.) the Glastonbury festival completely fail to capture the atmosphere in surround (even though they broadcast it in multi-channel).

Do you find all surround music to be a gimmick, or just Atmos? Personally, I found the handful of Atmos music I have (REM, INXS, The Beatles) to be an absolute “upgrade” from their standard surround versions

99% of the music I listen to is based on ensembles that would sit / stand / lay in front of me in a live event and perform. IMHO the sound projection you are getting form an excellent stereo Hifi beats anything you get from an artificially pumped-up 7.1. or 15.1 system.

Your examples are a case in point. The Beatles afaik were never recorded in surround sound let alone Atmos. So all you get is some artificial computer generated pumped-up illusion. I prefer Copperfield if I want illusion. In hifi I prefer the real thing.

Put your hifi on the side and send your sound thru ATV just to get ATMOS? Good joke - but hey, why not.

Of course the industry needs to deliver new gadgets packed with cool phrasing and people will get lured into them, and thats just fine.

But the likes of DSoTM in a genuine multi-channel mix are going to remain rarities.

Never mind that said mixes have no need for Atmos; they work just fine with currently available multichannel support. Which I’d argue is true for pretty much any multichannel music. Atmos is more for movie sound effects moving around…

In defence of Atmos, I once attended a meeting of the Audio Engineering Society as a fly on the wall. Although there were the inevitable disagreements between the academics, it was agreed universally that height channels are far more important than (rear and side) surround channels psycho-acoustically.

it was agreed universally that height channels are far more important than (rear and side) surround channels psycho-acoustically.

Interesting. And is there data available to back this assertion?

Now we’ve got the steam up, great!

Some notes from my side:

why you could say it’s here to stay.

Just listen to the amazing Dolby TrueHD track (unfortunately not Atmos) on “Legends of Jazz” with Ramsey Lewis on a good multichannel rack…it stunned me:

Furthermore…notes on how affordable technology has become.

For around 3000 US$ (lenses and computer excluded) you’re up for playing/competing with pros on 4K footage and high resolution multichannel sound production!

So hey, if you want to play like the million dollar companies with high resolution, multichannel projects, the playground is settled for us “amateurs”.

So if you think Atmos is a niche, you’d better wake up, because there’s a lot cooking out there (including myself)

…and here’s an example on what you can do yourself for almost no money (well, you need some good singers, instrumentalists and a good sounding room, but that’s another story

).
Keep in mind it’s made with CM3 mics (CM4 is a later and slightly better version) in a stereo 2 channel setup and the file is mp3 but still, this is good! Download/play it on your best equipment:

Ref link to the source (studer58):

I have a burning question... it would probably be buried into oblivion down there where that topic...

Roon could decode Atmos into a 5.1.2 Hdmi PCM stream. That would allow people to add the height channels without having to invest into a complete new architecture. That would set a Roon-Tidal apart from others, but I fear Dolby licensing might not allow that.
Spreading instruments to more than two channels has such enormous advantages, that I somehow fail why this is not appreciated. The step from squeezing a symphonic orchestra into two loudspeakers instead of one is already a massive one.