Hi,
It was an old hyperlink to the FAQ section of this forum which has since been superseded by the Roon Knowledge Base.

I’ve updated the link, it should be good now, click away … there’s lots of useful information and advice in the RKB, well worth a study.

I use YATE which is a metadata editor - as you can see from the screenshot, the two CD’s are labelled as 1 of 2 and 2 of 2, they have the same name, artist and composer and I have used the folder structure, `Album, CD11 CD2 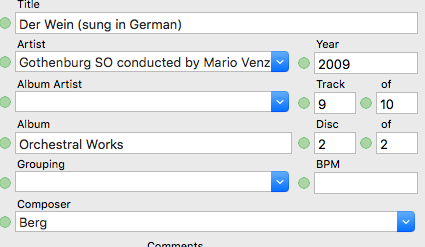 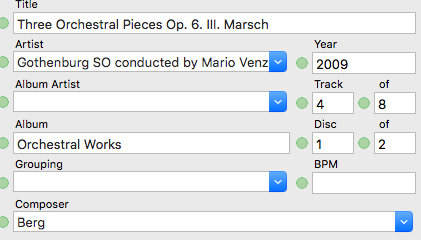 Compare what you’re doing with what’s recommended here: FAQ: How can I ensure multi disc sets and box sets are identified properly?

Evadn, I have done exactly this! I went through this step by step before posting! Some discs seem to work others not!

I have followed this to the letter!

The problem is that when I ask Roon to rescan the disc, it only picks up one at a time - if you follow the steps below you will see that I am following instructions. Soon is clearly ignoring the metadata.

Is there a way to make it use the inbuilt metadata? I have tied this - but this doesn’t seem to work at all - the radio selections I make do not save. 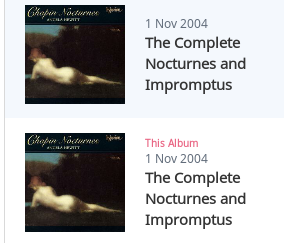 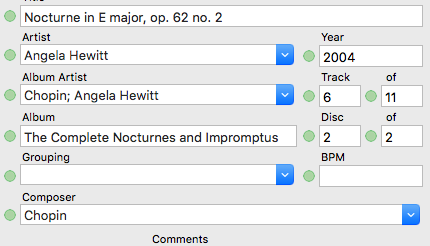 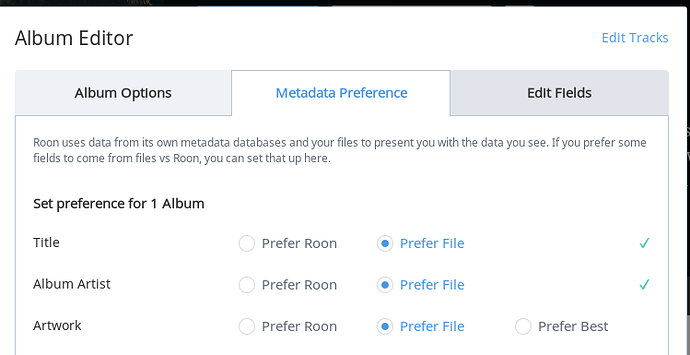 Get rid of the CD1 & CD2 folders.
Put all of the files in a folder called ‘Chopin - The Complete Nocturnes & Impromptus’ - or whatever the actual title of the album is.
Leave your MetaData exactly as it is.

This will give Roon a fighting chance… Obviously this doesn’t (exactly) work if the difference discs have different names, but there are ways around that too.

When you make edits in Roon, we track your files using the audio data in each file, so we don’t lose your edits if you move them to a different drive, or even rename them.

I’m guessing you’re fighting against this – the system is specifically designed to make it hard to lose edits, but for you it’s remembering an album grouping you’re trying to get it to forget

Evan’s instructions above are a good idea. Move the files out of your watched folder, use Settings > Library > Clean Up to wipe Roon’s memory of these files, and then import them fresh. They should show up “New” in the album browser. If that doesn’t work, send me a Dropbox link for the whole folder of media, we’ll see what’s going on here.

Is there a way to make it use the inbuilt metadata? I have tied this - but this doesn’t seem to work at all - the radio selections I make do not save.

Note that this screen is about making bulk edits to a bunch of content at once. Basically, it’s like saying “set everything to this preference, regardless of what it was previously set as.”

It’s not showing you the current metadata preference for the content you’ve selected, and will always open with nothing selected.

I should not have to do this - It will require hours of work - I have many classical box sets eg. Shostakovich 15 discs!

Roon should be looking at the metadata not the filenames! Audirvana can do this without issue from metadata. 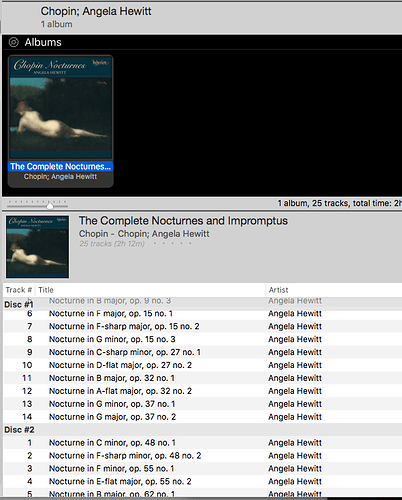 @mike Perhaps we should take a look at the media for one of these problematic double disc sets?

Hi @Wayne_Grundy ----- As Joel has suggested, we would like to take a look at one of these “problematic” double disc sets in house to see what turns up when we test with the media.

Can you please zip up an entire folder of media from your library and send it over via a dropbox download link in a PM addressed to @support?