Dropouts not sure how to fix

Gee Just Started Getting these ,Don’t Know How To Fix, Don’t Think Its Receiver ,I unplugged the Bluesound
and Rebooted computer ,Not sure what I should try

For starters, it would be helpful to provide more details, so the kind people on these forums may be able to help you.
For example, how is your network configured? Wired? Wireless? Any switches? Powerline? What device does your core run on?
You do mention a receiver and some bluesound device. What models are those? How are they connected to your network?
Last but not least, when did dropouts happen? What type of file did you try to play? Redbook, HiRes, local, streamed?

Maybe some kind mod may move this thread to the correct section, too. Tagging @support, just to be safe.

The Dropouts were happening after the song played for a while ,but I did notice one close the the start
I Have a Bluesound Node connected to my Router which has my Music Files on a Hardrive plugged
into the router with a USB cable

I just replaced the RCA audio cables going to my Receiver and replaced the Ethernet cable connected to
The Node Works now ,but what if it happens again
I don’t really get the Bit about Buffering settings and how to get at them

There are so many chains ,it could be the DAC ,the Hard Drive ,The Internet connection But all have been working fine since I got roon, I don’t think its the amp

So I can get a better idea of what may be happening here, may I ask that you please provide a brief description of your current setup using this link as a guide.

There are so many chains ,it could be the DAC ,the Hard Drive ,The Internet connection But all have been working fine since I got roon, I don’t think its the amp

In order to narrow down where this behavior may be occurring may I ask that you please confirm the following:

Droppouts mostly happed with ALAC ,but don’t think it was limited to that 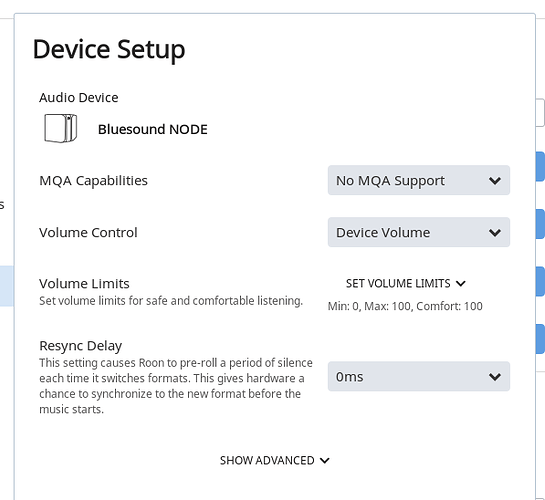 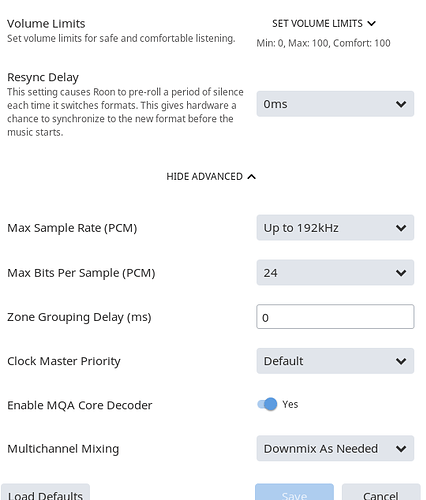 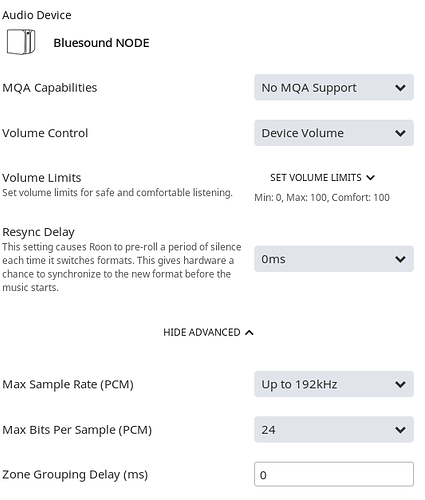 Roon Version 1.5 64 Bit
Windows 10 HP Computer
Hard Drive with Music Files connected with UBS to T Link Roueter
I have 58965 Tracks
Don’t use Tital
I haven’t tried playing the files straight through computer bypassing Bluesound
Like I said its hard to find the Problem. I had no trouble with it before ,and it seems to disappear
and reappear now

Thanks for the additional details here, @Peter_Neski!

I’d like to propose a test that should help us narrow down the root cause of this issue:

Let me know if the behavior still occurs when performing this test.

don’t know if I fixed the problem ,but it seem to have stopped for now
I did notice the output volume on roon was very low
Maybe the amp was the problem ,I guess I will know if the problem comes back
Thanks Then I will try those other steps