Current setup, running ROCK on NUC6i5SYH, 256GB m.2, 8GB RAM. I have some music stored on a SATA drive on the core, some on a NAS, also using TIDAL. Dropouts occur from all three.

I am using an Netgear ORBI mesh wireless system. The core is Ethernet cable to the main router, the MR is Ethernet to one of the satellites. I was using the ORBI before the dropouts began. Believe I have port forwarding currently configured.

Only having issues with the MR not the seven Sonos zones or any of the PCs or Macs on the same network.

Can send logs or whatever else you need. Thanks in advance. 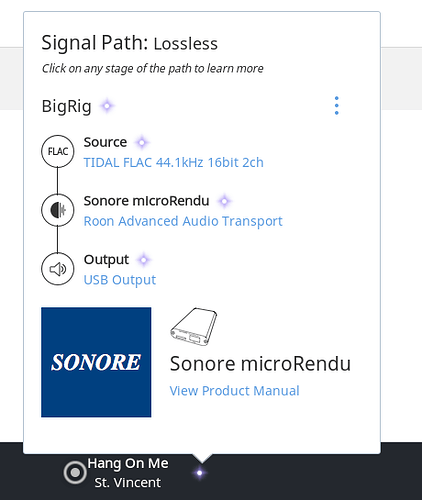 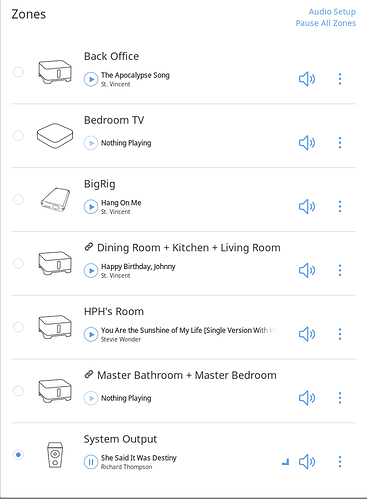 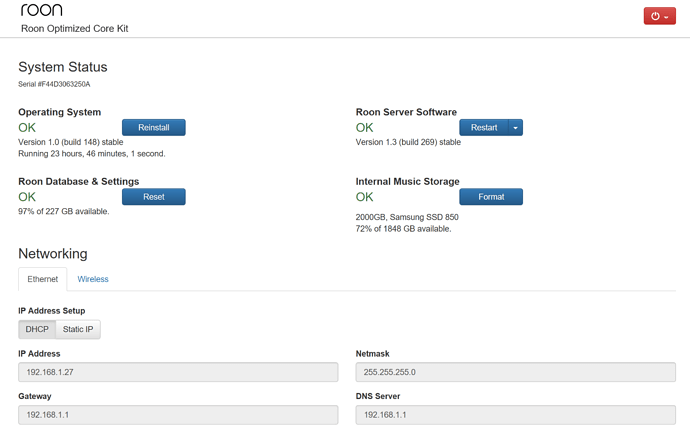 Hi @Chris_Sauer ----- Thank you for the follow up PM! I appreciate you taking the time to provide the requested feedback!

Moving forward, while I understand that the dropouts started after the mesh network was already implemented, I am curious if during your troubleshooting of this behavior you tried removing the MR from the “satellite” and testing with it mounted directly to the router? Furthermore, have you tried disabling all other network zones and testing with JUST the MR zone enabled?

Lastly, would you have any objections to me making this a public post, Chris?

No objections to making post public. Was just unsure if it belonged on the end of that thread.

I have the MR directly wired to the router now. I will report back. No issues yet, although this isn’t a tenable solution - the Ethernet cable is running across the middle of the living room.

For the record, I swapped out the MR for a RP2 running DietPi last night (wired to the satellite) and continued to have intermittent dropouts.

BTW, I have my Windows workstation wired to a separate Orbi satellite and have never had any connectivity issues between it and the rest of the LAN. This is the machine on which I was running the core before I got ROCK running on the NUC.

I’ll let you know how it goes. Thanks.

Hi @Chris_Sauer ---- Thanks for the follow up, I have went ahead and made this a public topic.

I wanted to touch base and see how your testing is going. Any new observations or progress, in regard to the MR endpoint? Let me know and we can continue working through this.

I’ve made some changes to my networking environment (added a satellite and moved another) and am having better performance. In an urban environment, your network performance can change based upon what people do outside your home.

I’ll get back in a week or so and let you know if things continue to operate correctly. Thanks again.

Everything still working well. Consider this resolved. Thanks.