I’m getting problems with Roon DSD > PCM conversion in the following two scenarios. DSD > PCM is set in the playback settings for both…

All rather weird as I’m pretty sure I used DSD > PCM conversion successfully a while back (6 to 12 months). The fact it’s not working properly on two systems is a bit of a worry though. Any thoughts please? Cheers.

Roon has been working perfectly with every DAC and device I’ve used, until this week. I discovered it doesn’t play well with the Metrum Hex DAC which can handle PCM over USB up to 24/192 but is not DSD capable.

I figured no big deal, I’ll just have Roon convert the DSD and it won’t be an issue. But when I do, all I get is a weird clicking noise during playback, for about 10 seconds, then silence. The system seems to think it is playing the song but I don’t hear it.

Metrum uses an OEM version of the M2tech HiFace device for its USB input, which relies on a Cypress Semiconductor USB receiver and essentially converts to SPDIF inside the Hexbox, then sends that to the digital interface receiver. I just so happen to have one of those laying around (the original, not the HiFace Two which used an XMOS solution for USB) and when I use it, the same thing happens. 24/192 is fine, USB gets clicks.

Played with Event style, Exclusive mode, and every other setting I can think of with no luck. Any ideas? The Hiface device is old now and not known for compatibility so it could be to blame, but it’s weird that I can do hi-res PCM without issue.

Strangely enough, I posted pretty much the same question yesterday (I also have a Metrum Hex). However, I’m also getting issues with DSD > PCM conversion to another DAC (DiDiT DAC212SE) and also when going to the Hex via a Gustard U10 > AES (avoiding the Hex’s USB input). So, I don’t think the Hex is at fault here.

I’ve merged the two topics to make it easier for @support to follow up with you both.

Hi @John_G ----- Thank you for the report and my apologies for the troubles here. May I kindly ask you for screen shots of your audio settings as seen in the examples below.

Furthermore, have you tried using either “Use Event Driven Mode” or “Work Around drivers that misreport device capabilities” in your settings? 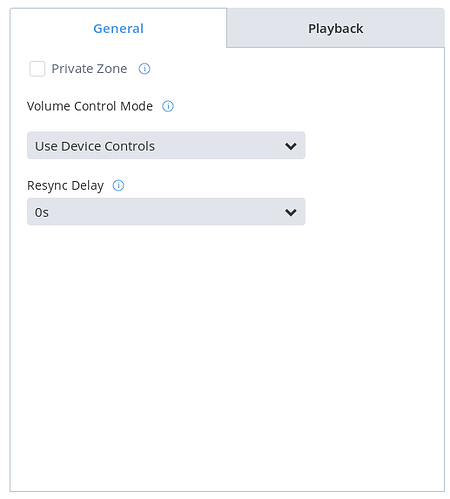 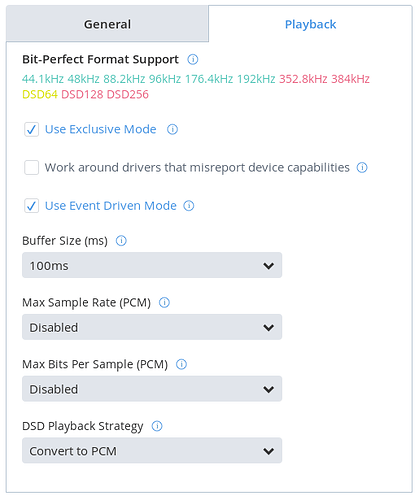 Thanks for the reply. I did some more testing and discovered that some DSD in fact works as intended… but only DSD128 and DSD256 files. DSD64, which makes up the vast majority of my collection, does not work. I went ahead and tested PCM at 88.2khz and 176.4khz and it all works fine - I know some USB receivers have trouble with those, but not this one.

Here come some pics, sorry I got tired of trimming them so it’s the whole screen shot in most cases.

This is the system not working. Notice it doesn’t say anything about a conversion. 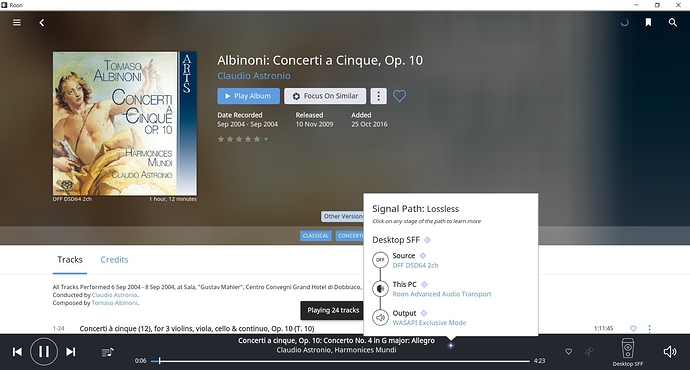 Part 2 since I couldn’t load more than 5 pics in one post, being a “new user”.

These show the settings which definitely do have the convert to DSD option selected, though it got cut off in my pic. 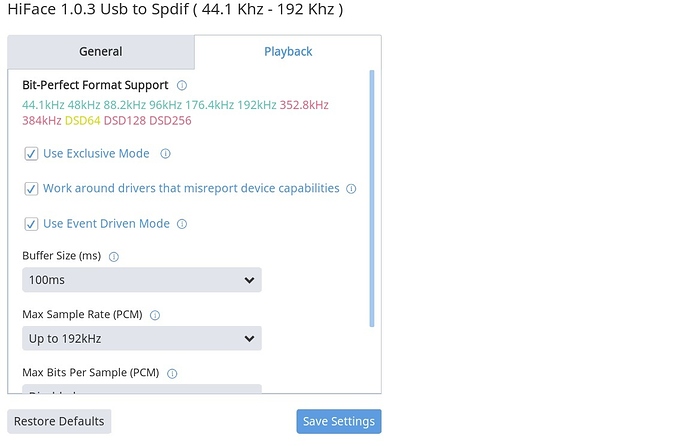 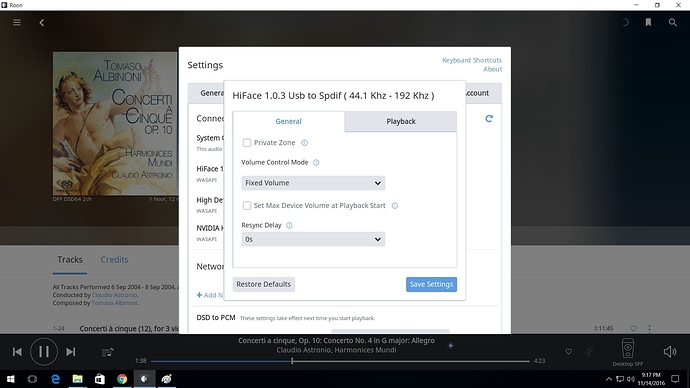 Here are some where it does work, notice the mention of conversion. The one shows 88.2 instead of 176.4 because I told it my device could only go to 96khz. Just as a test. Both ways work fine though. 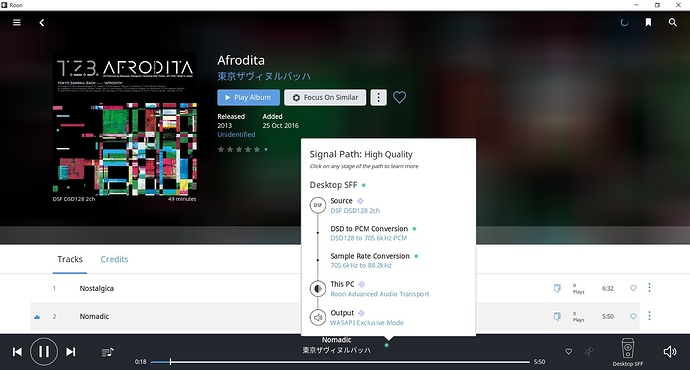 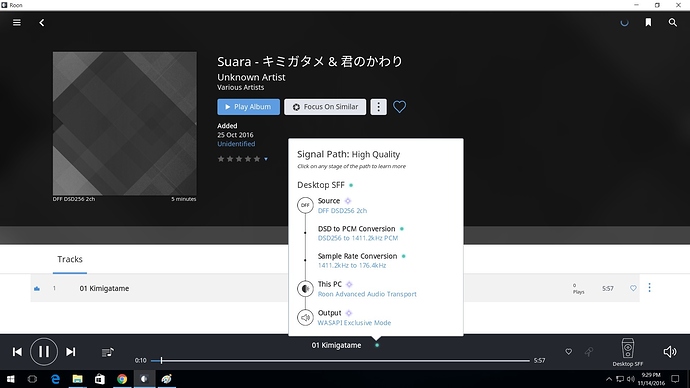 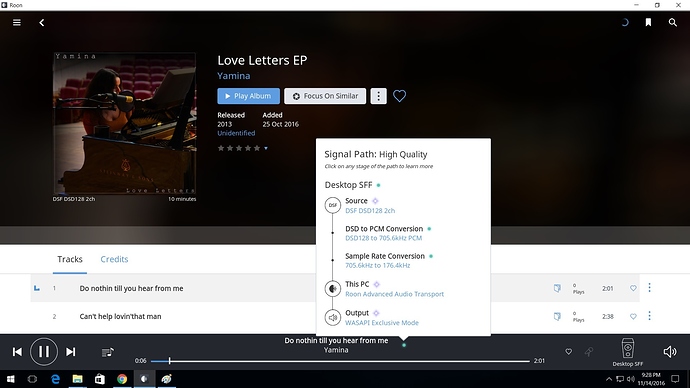 Lastly, I found a way to get DSD64 working if I turn off Exclusive Mode. Which I don’t believe is ideal, and anyway I shouldn’t have to if the DSD128 and DSD256 tracks function with Exclusive Mode.

Hope this helps. Roon is clearly doing something different with the DSD64 material to make it not properly convert, so there are probably a lot of users out there who will eventually run into this if it doesn’t get taken care of. Granted DSD capable DACs are the future but models like the Hex are still plentiful and will be for years to come.

Yep, same issue for me. The problems are with DSD64 in particular. Higher bit rates appear to work ok.

Roon is clearly doing something different with the DSD64 material to make it not properly convert, so there are probably a lot of users out there who will eventually run into this if it doesn’t get taken care of.

In my experience, most users can get DSD 64 to PCM conversion in Exclusive Mode. See below: 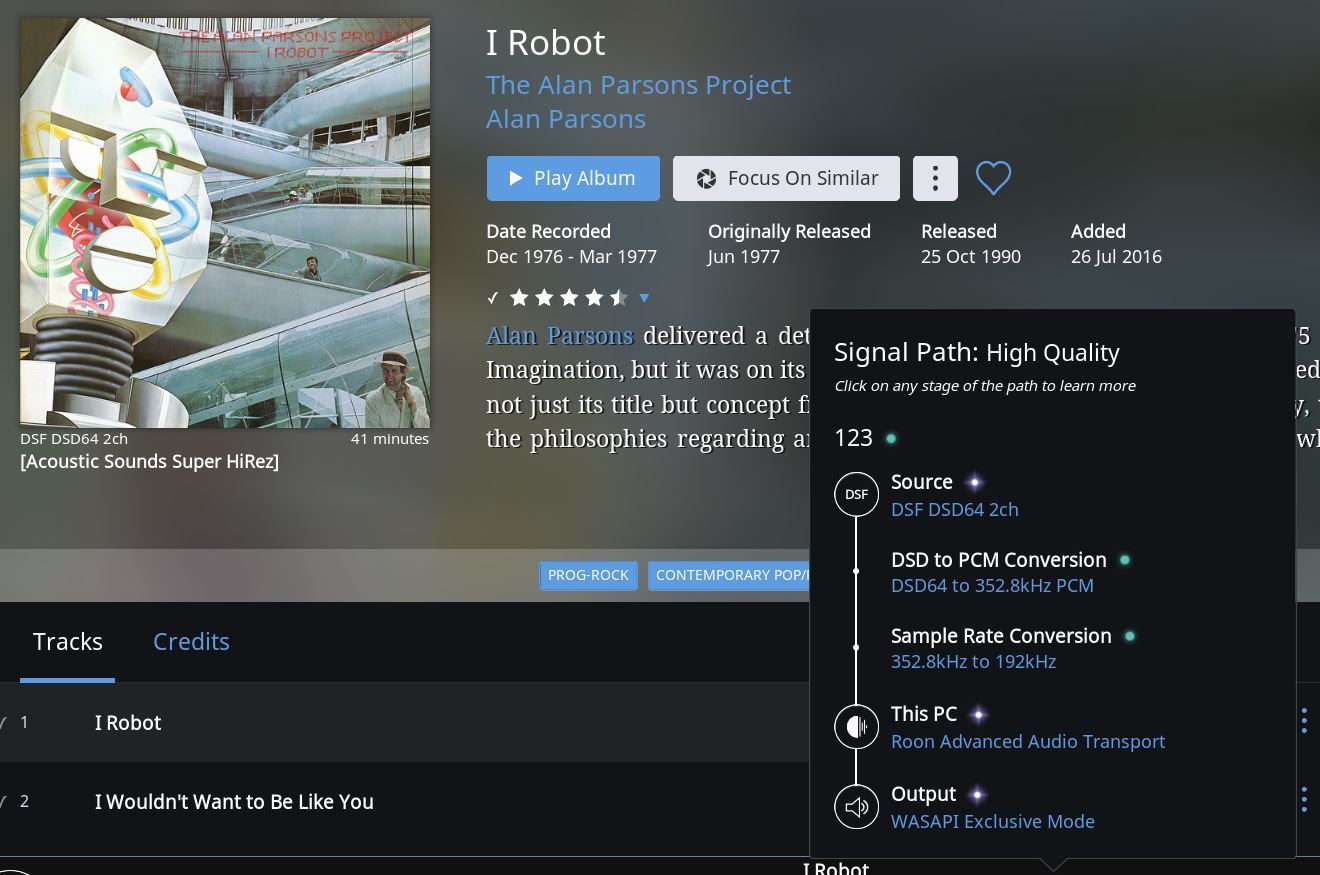 @John_G ---- Please be advised that I touched base with my developers today in regard to this issue and they informed me that they have been investigating this issue .

Moving forward, I am please to report back that a bug was identified and a fix has bee set into place, pending our next release.

Thank you again for your feedback!

Fantastic, great news thanks for the update.