Received an LHLabs Pulse DAC (standard, if that matters) yesterday and set it up to play DSD via DoP to WASAPI (couldn’t get it to work with native DSD, but that’s for another thread).

When playing a DSD track, if I try to seek into another location in the track, stuttering starts. If I stop and start playback again, it plays smoothly.
Also, if DSD is playing and I click next and the next track is in DSD, stuttering starts. If the next track is not DSD it doesn’t happen.
When I put a bunch of DSD albums in shuffle and let the tracks change without clicking next, sometimes there is stuttering when a new track starts. However, if I’m playing a full DSD album it doesn’t seem to happen.

I tried playing around with resync delay but it didn’t work, which makes sense because that is only for switching between different sample rates.

Would appreciate any help!

I’ll set a notification for @vova and he’ll pop in to investigate further.

Hey @Chikolad, thanks for the report. To us it sounds like a driver/device bug issue. So, let’s start our troubleshooting from basic questions. 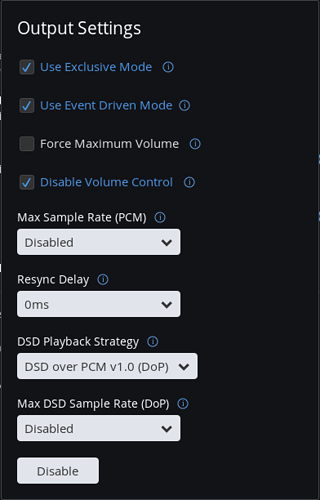 I’m also using WASAPI and not the ASIO driver.

Also, here are the buffer settings of the driver. I tried changing the ‘USB Streaming Mode’ but it doesn’t solve the problem. 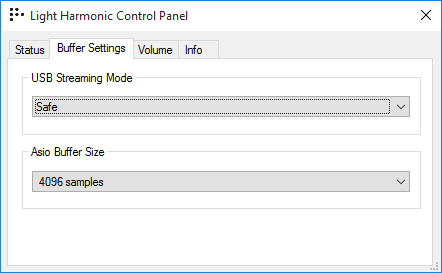