I am using MacMini to connect Roon via USB to the build-in DAC of my McIntosh C2600.

Once finished the Roon setup on MacMini, I found that DSD256 and DSD512 format is in red colour shown on Playback sub-menu. That means all DSD 256 and 512 format cannot be played by Roon. Only conversions process is needed during playback, so the DSD sampel rate only DSD64 and DSD128 is available on “sample rate conversion” under DSP Engine.

Can anyone can help me to solve this problem?

here is my set-up screen shots 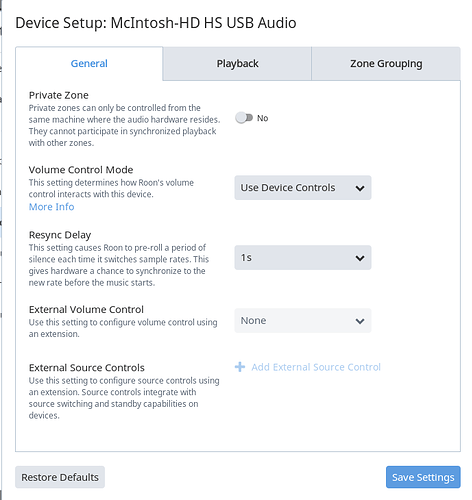 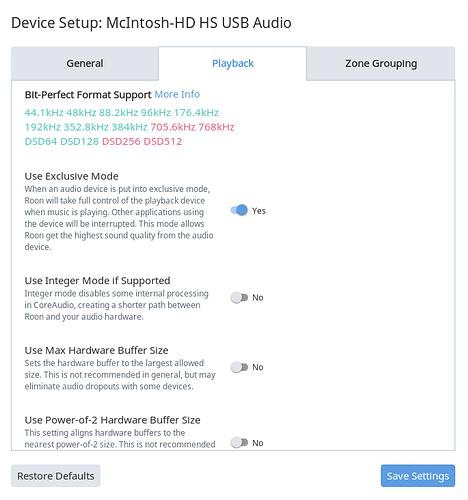 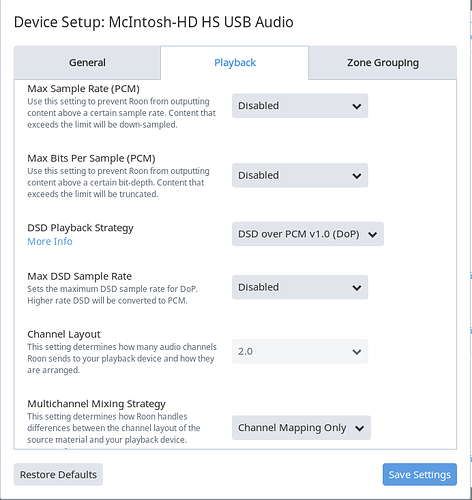 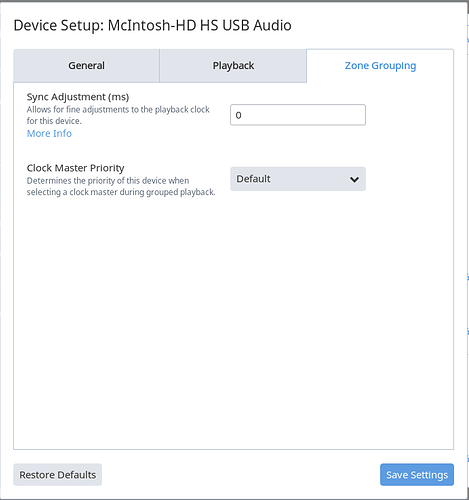 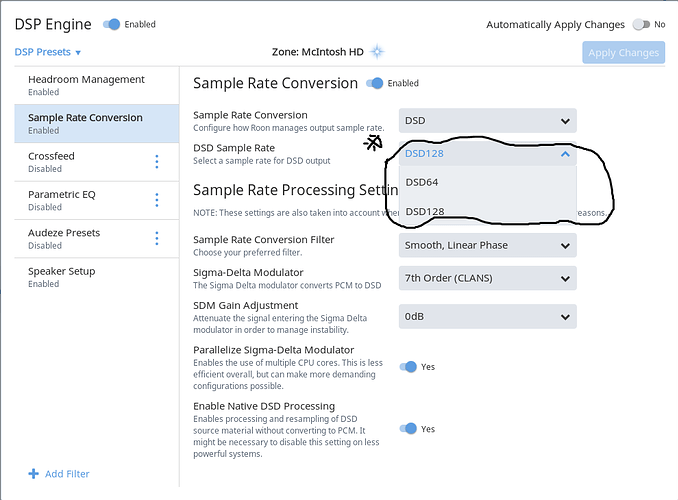 Mac OSX handles DSD through DoP. Therefore your DAC has to be capable of 768 kHz in order to encapsulate DSD 256. This is an issue with the MAC OS. If you were to get rid of the MAC and use a Windows PC, you would be able to run the drivers from McIntosh and get DSD 256.

Be happy with DOP with the Mcintosh. Direct DSD is horribly implemented on anything less than the D1100, you get near speaker damaging pops on playback stop and start.

That means I did nothing wrong on the Roon setting just the problem from MacOS?

then any suggestion that can play DSD256?
a streaming player / a NAS server is needed to replace MacMini?

I wanted to step back a bit. You actually have 2 issues at the moment.

1. Setting up a system that has the necessary drivers to send DSD 256 to the McIntosh.

As, I had mentioned previously, the easiest way would be to get an Intel NUC running Windows 10 to replace the Mac Mini. McIntosh makes drivers for Windows. Getting higher than DSD 128 is not universally plug and play at the moment.

NAS’s will not have the ability to speak DSD 256 to the McIntosh.

Streamers are built on Linux. Native streaming in Linux is a mixed bag and as such devices are implemented on a device basis. So it is not a case of , “Does product X support native DSD 256 streaming?”, it is instead, “Does product X support native DSD 256 streaming specifically for the McIntosh c2600?”. That should always be a call or communication with the device manufacturer.

For example, here is a web link to the supported native dsd product list for the microrendu / sonic orbiter: (the McIntosh is not on the list):

2. Even if you succeed in #1, Your McIntosh has issues with it’s native DSD 256 ASIO drivers.

I do want to bring up what @DrTone mentioned. He was telling you that the native DSD drivers that McIntosh provides (the Windows drivers) are not implemented well and when using these drivers, they can create loud, potentially speaker damaging pops when moving between different audio resolutions. That is why he said:

Be happy with DOP with the Mcintosh. Direct DSD is horribly implemented…

On another audio site, he told his tale of how unhelpful McIntosh was in this issue and that was the basis for him to replace the McIntosh with something else. I mentioned him so that he might pop back into the thread and give a more thorough personal perspective.

The only way to get DSD256 to a capable McIntosh DAC is via a Windows computer and the McIntosh provided Windows ASIO driver.

But be warned when using Native DSD mode with the McIntosh windows driver you will get pops on start and stop of playback with Roon and HQPlayer. McIntosh is aware of the issue and choses to do nothing about it as Native mode is only really specifically needed for DSD 256. DOP will work fine up to DSD128 as you have discovered. I was told via emails from McIntosh that there isn’t much DSD256 content anyway and then told the files are too large anyway, I was also told that hitting double pause in the JRiver was the right way to handle the POP from Native DSD. At that point I lost my cool. Now a half year later Ron doesn’t remember the conversation and publicly called me sad on AudioKarma.

Apparently on the expensive D1100 DAC/Preamp they’ve implemented a very short fade in and out via a firmware update to vastly reduce the loudness of the pop.

@ DrTone: Do you still use the MA 7900 or did you get rid of it ? I havejust started with Roon and own a MA 7900 also. Therefore its interesting for me what amplifier you now use.