I’m looking at in depth explanation of how DSP within Roon works.

I’m building a stereo that will have to use a convolution filter from REW. The streamer is going to be based around raspberry pi zero 2w, however, I’ve seen some reports that it’s processor isn’t up to the task of providing DSP.

Camilla DSP through Volumio is a standalone solutions, that does everything with available streamer’s processor and might be problematic with additional requirements of convolution filter.

Does Roon also rely on internal processor of the streamer for signal processing, or is the signal being processed on the core and then just sent to the endpoint?

Does Roon also rely on internal processor of the streamer for signal processing, or is the signal being processed on the core and then just sent to the endpoint?

The latter. All processing is done by the core then streamed to the endpoint.

Thanks for answering. In that case, would it be possible for the single core pi zero (the old one) to do the streaming?

This thread confirms that the Pi Zero 2 can run RoonBridge but it looks like you’re out of luck with the single core version.

What does the rest of your system look like? What are you using to build the FIR filters? Just curious.

I’m coming from minidsp. I’ve used rew to set the parametric EQ up and now I’m planning to use it for convolution file (I’ve read somewhere it should be doable with rew).

The rest: usb DAC - active crossover - two amps and two way open baffle speakers.
I’m trying to boost the lower frequencies (required for low Qts OB speakers) via some way of ‘room correction’ convolution file (instead of running it through parametric EQ of a minidsp). Hence loose one device in the chain, along with it’s smpsu

Sounds like a fun project. Audiolense XO or Acourate are probably worth the environment for the extra features and power, especially if you are thinking of implementing the crossovers in the filters. Unlike REW, they can perform time-domain corrections too, which can be very beneficial.

Expensive stuff, but I don’t doubt they offer loads of features in return. I’ve built a working setup with a digital crossover and using the slopes and filters was a breeze.
However, I’m leaning towards an active crossover. It makes an use of one DAC, instead of two, and you get your remote back!
It really is a nuisance when your phone loses connection just after you’ve turned the volume up.

I don’t know if anyone has tried it before, but I’m going to build a simple electronic crossover (with just a gain adjustment) and let the Roon do everything else with leveling the speaker’s response.
It would need a new convolution file every time you change the room though.

I guess they are expensive compared to so many free mobile apps, etc. I have a power cable in my system that cost considerably more than the license fee for Acourate that does a thousand times less to improve the sound, so it’s all in how you think of it.

What ob’s are you using? I have all the last 4 LinkwitzLab models SL designed.

It’s a custom project, but I did steal a few ideas from Siegfried.
How did you solve the equalisation? Using minidsp or something else? 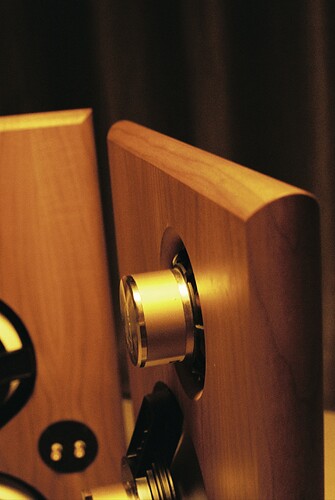 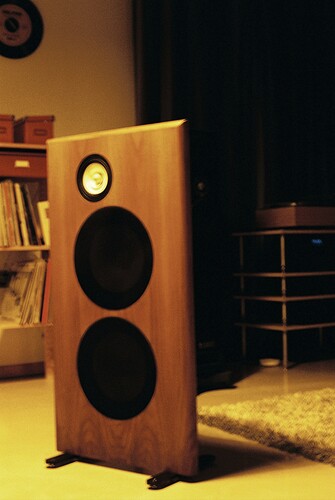 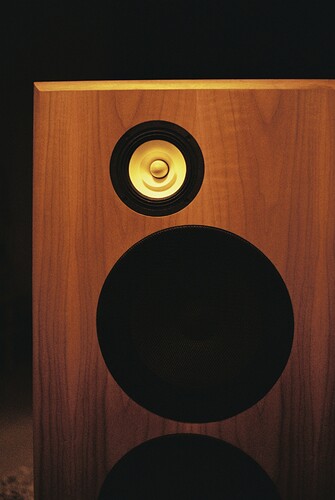 The Orions used to be driven by 8/12 channels of an ATI 6012 Amp and Pluto was is course integrated in the base with the ASP SL designed.

The LX-521’s started out with the same ASP SL designed for 3 way (LX521) with a passive for the U/L midranges, but subsequently have been upgraded with the Hairball Audio 4 way ASP and are now LX521.4. All LX’s are powered by Lexicon-DD8 Class D amps or for the Orions a Savant 8125 which is basically the Lexicon with a different front panel. 125W/Ch into 8Ohms all channels driven. I do have a MiniDSP 8x10HD for experimenting with for the LX’s. The Pluto’s, and both LX variants are my own DIY.

SL (RIP) was a genius and my speaker Sifu - doubt I I will ever need any more 2 channel speaker stops in my lifetime.

Closest I might get to DSP for these is using convolution with maybe HAF but I have yet to venture into that domain…soon tho I think. With Lumin D1/D2 driving the ASP’s I need to stay in the digital domain so convolution looks like the best option. Core is likely to remain as windows 10 but I also have a Nucleus and ROCK options that make other DSP options a challenge.

I wasn’t aware there was an electronic variant for SL speakers. It seems he too wanted to simplify the design. Such solution would be ideal for my project as well. So far I have ordered Rod’s PCB (p09) from ESP, but it only includes slopes for the crossover. I am still missing an electronic circuit to boost the low frequency response. Unfortunately, since I don’t know how to design it, convolution seemed the easiest solution.

Really nice projects and setup you’ve got there, by the way.