Just a quick check with the devs of dietpi - if I select a HiFiBerry digi as soundcard does I prevent me from running a separate USB dac (AQ dragonfly black) at the same time ? Have been experimenting ( see separate thread in tinkering) but getting a lot of noise through USB. I’m still on build 146 by the way…

Hello Paul, Whilst I haven’t done this with DietPi/ HiFiBerry, I have done this successfully with Ropieee/ Allo. 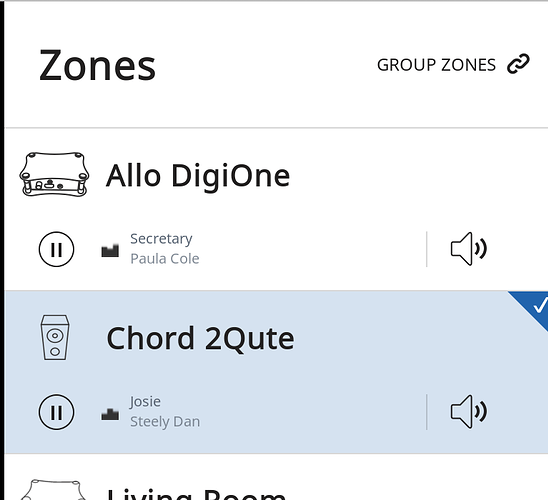 Hmmmm -I’m beginning to think this may be power related. I’m using a 5v 1a psu to drive rpi3 and Digiberry HAT and now trying to add an dragonfly black to USB. While trying different configurations I restarted the pi and the power light began blinking. Removed dragonfly - all returned to normal. Need to try a powered USB hub I think…

Well, I just added a DragonFly 1.2 and pair of headphones into the mix … all on one RPi. No problem and I’m using the standard power adapter (the 2Qute has a separate supply.) 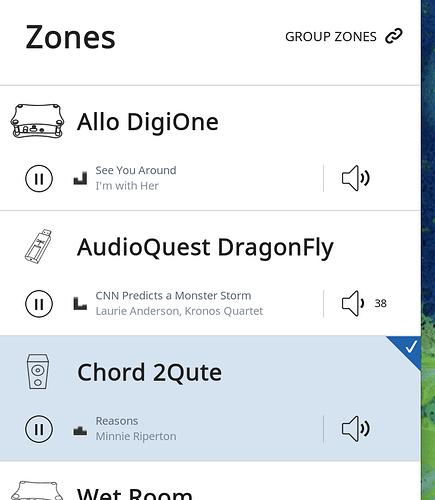 What sort of noise? I had noticed occasional clicks with the 2Qute via USB which is why I use a DigiOne. IIRC unwanted noise was at higher bit rates only. Playing Minnie Ripperton now (TIDAL Master 48KHz 24 bit) and it’s fine.

its a sort of a static with a regular machine like interference interspersed and its before any files are playing. Its present when the DAC is plugged into USB. DAC works fine and silently when used with iOS. Im at a bit of a loss…

You should be looking at a minimum 5v 2.5amp supply to successfully run a Pi and ancillaries. Either that or power those ancillaries separately.

What hardware do you have on that RPI?

I’m thinking the same. Have acquired a 5v 2.5a supply and will be testing this weekend

So no onboard DAC, and using the RPI USB for that DAC?

Had been wondering if possible to have a single RPI both host an onboard DAC (on top of say a Kali), AND to connect to an external DAC via a USBridge. If I gather right, that’s not possible.

Yep Rpi3 model B with HiFiBerry digi spdif HAT feeding external DAC via coax. I am attempting to run a USB dac at the same time as a separate room endpoint but may be running into power issues as a result

The standard RPi supply is rated at 5V 2.5A and should be the minimum you need to run a HAT or an LCD screen or maybe even both at a pinch.

You can definitely run 2 or more DACs on the USB but your limits will be pushed if they are playing at the same time. that said I was pushing DSD512 and DSD256 to 2 Oppo DAC’s on RPI with LAN connection and while it was only for a few mins it didn’t miss a beat. That was on Ropieee - highly recommended OS for RPi and Roon

Well what do we know people ? It was indeed power… a proper 5v 2.5a supply and the sounds have gone. All is well in the world - HAT and USB dac now working simultaneously. Now bring on that first unfold…

Just as a footnote to this, the HiFiBerry Digi SPDIF HAT now sounds as though it has more midrange punch - a lot more…
I know now that i have been underpowering the whole arrangement for some time, but can an additional 1.5 amps make a difference to the sonics ? I know this sounds like some sort of listener bias effect, but its real. I have even had to consider some DSP to tame it a bit…

The AQ DF Black works perfectly now simultaneously with the HAT without any glitches or noise…hurray !