I recently bought the download of the Dunedin Consort’s Bach Magnificat from Linn Records. Roon failed to identify the album, but when I did a search it was listed. However the metadata tracks were in the wrong order, which I guess is why Roon failed to pick it up. If you look at the screenshot, you’ll see that the album starts with the Organ Prelude Von Himmel kam, BWV 607 for example, and many of the tracks are missing or out of order in the metadata tracks. Link to the album is here 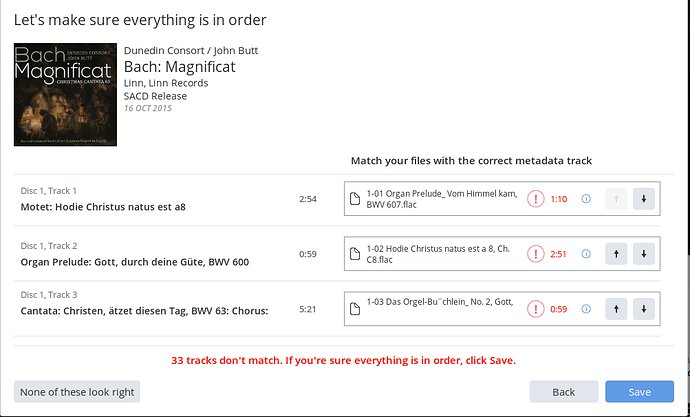