I’ve noticed that Tidal in Roon is showing duplicate albums in some cases even though when browsing Tidal from outside of Roon there are no dupes. It appears the only difference is the volume leveling (or lack there of). For example, Ego Trip by Papa Roach apears twice in Roon: 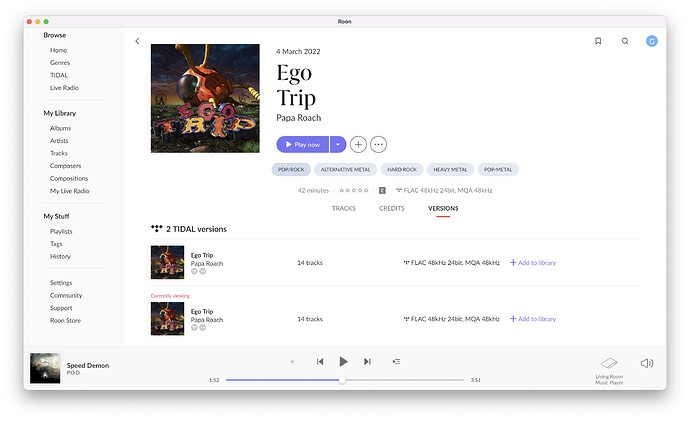 But only once on Tidal: 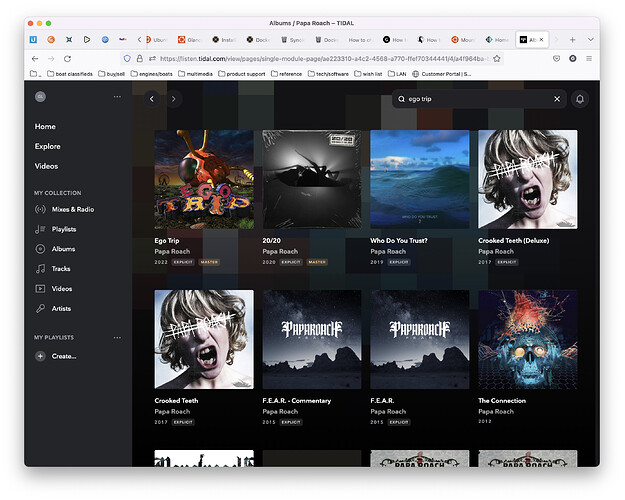 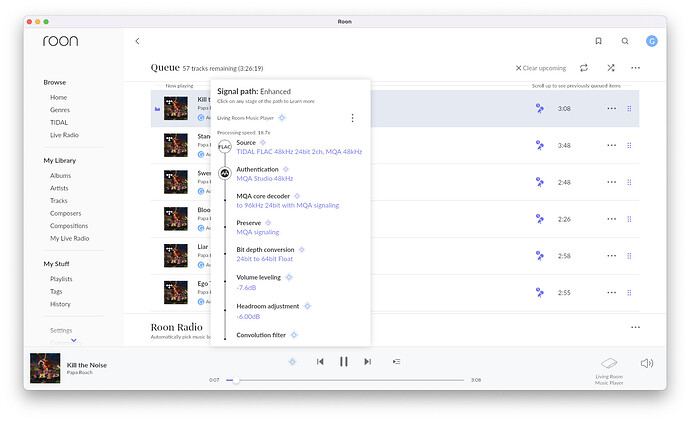 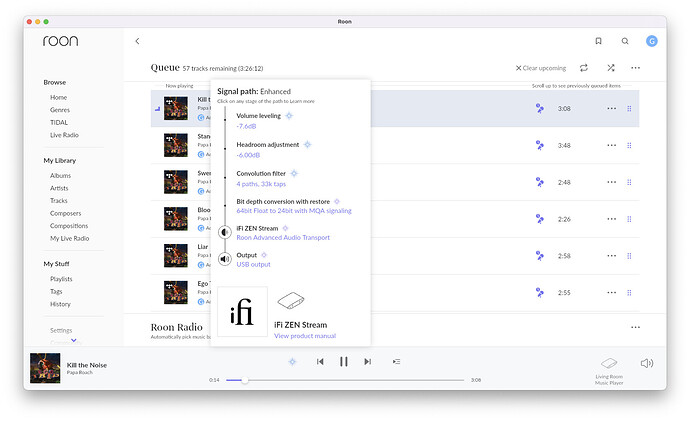 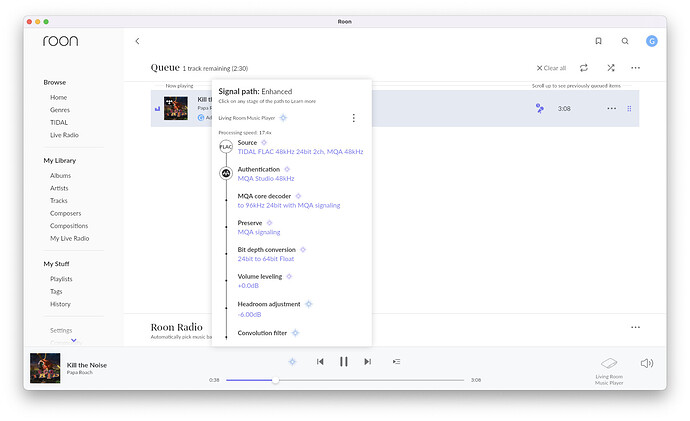 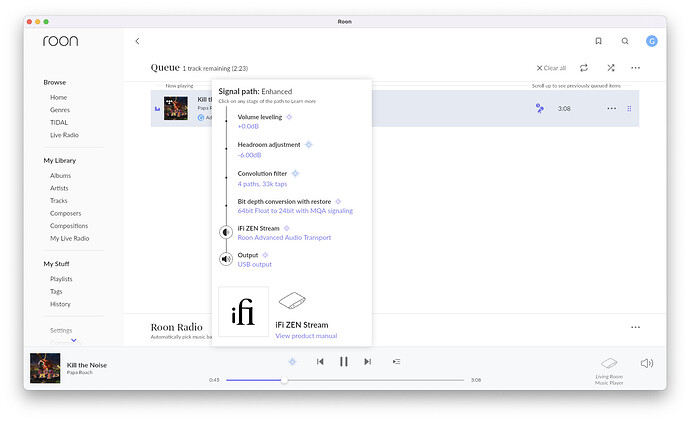 In most cases you will find that one version is clean and the other explicit. Sometimes it’s due to it being a different master.

Sometimes you will find that some versions won’t even play due to them being removed from Tidal and replaced with other versions. Roon sees these until it syncs again with Tidal.

The other explanation could be the metadata Roon receives from Tidal. Whilst Tidal won’t display duplicates in their own app, Roon will due to this info being part of the metadata received.

It’s the same with Qobuz.

Nothing wrong with this really

Look at my screenshots. They are IDENTICAL except for the volume leveling. Both explicit with same artwork. Both 14 tracks with the same text at 42 minutes. Both MQA Studio at 48kHz. AND the Tidal interface lists only ONE instance of that album.

I wonder if Tidal have sent through details twice.

One is MQA; one is not. TIDAL only shows the MQA one in its apps.

Not sure why Roon is reporting both as MQA, but it’s likely that, at some point, TIDAL changed the audio files associated with one or both of these album ids.

If you play both albums in their entirety and come back in a week, it will probably have corrected itself in our systems.

One is MQA; one is not. TIDAL only shows the MQA one in its apps.

How are you determining this? I used Tidal’s website (not app) to verify that only one version of this album existed on their side.

I queried Roon’s backend system data, but I could have used TIDAL’s apps.

This won’t work. TIDAL doesn’t show every version in artist discographies. Typically, it will only show the Master (MQA) version when it has both.

The way to find all versions of an album in TIDAL’s apps is to do a search and filter on albums: 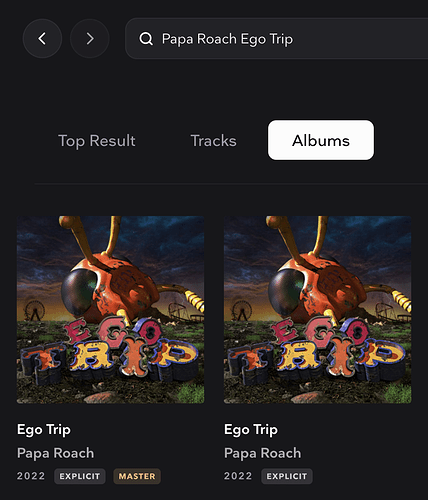 Unfortunately, in this case, the only way of telling is to play them and check the signal path (as you posted above).

But the signal paths are identical except for the volume leveling.

Wait, my apologies. They are both MQA according to your signal path and the non-MQA plays as MQA in TIDAL’s apps. Looks like there is a TIDAL metadata/audio file mix up.

They are both playing as MQA for me. Checked on my blueos app and they show as sending mqa.

I’ll reach out to TIDAL.

In terms of which one to play, I’d favourite the one you want in the TIDAL app and re-sync in Roon.

I’m assuming once Tidal fixes it it will still take several days for Roon/Tidal to sync?

I just checked again and Ego Trip by Papa Roach still appears twice in Roon as MQA (one version is supposed to be non-MQA as pointed out in thread above).

I merged it into your previous thread and reopened it to keep everything together.