I would prefer to do as least manual grooming as possible and rely mostly on roon automation. But the current behavior of various roon ‘merge’ features works against this often making extensive manual grooming unavoidable. There are already various threads on the desirability of merging artists and performers.

I cannot seem to get “composer merge” to work as I expected either. Particularly with Russian composers, there are wide variations in spellings. What I was hoping was that it wouldn’t matter very much which spelling of a composer I used as long as I could merge them. So I merged 3 versions of “Dimitry Bortnyansky” like this: 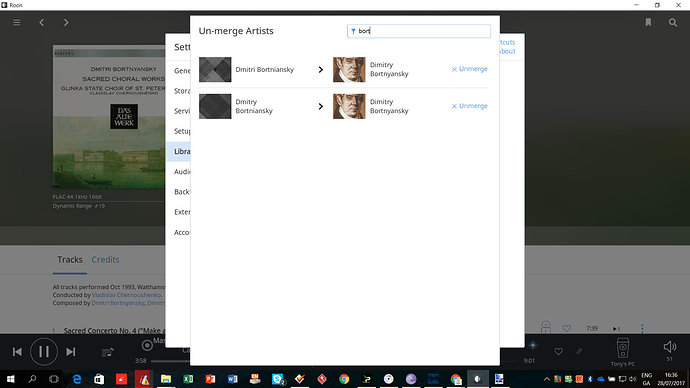 However, I still get duplicate “Dimitri” and “Dimitry” versions of the composer: 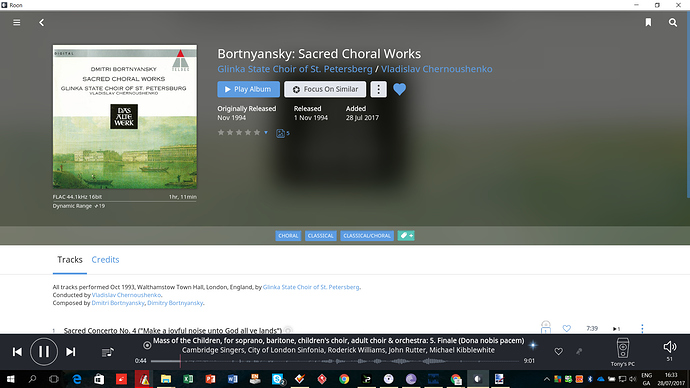 My tags have the “Dimitry” version and I assumed that the whole point of the composer merge feature is that I would now only ever see the “Dimitry” version. At the moment, in this, and similar cases, I am manually removing the redundant composer(s). @joel is there some setting I am missing? This behavior does not seem logical to me.

As an aside it took me a while to reaise that un-merge of composers is treated differently than composition and artists. It is treated as a subset of Artists which is counter-intuitive. Are there plans to make this more consistent?