It looks like the problem isn’t completely resolved, as I just found another instance. Here’s a Screenshot from Roon and one from Finder: 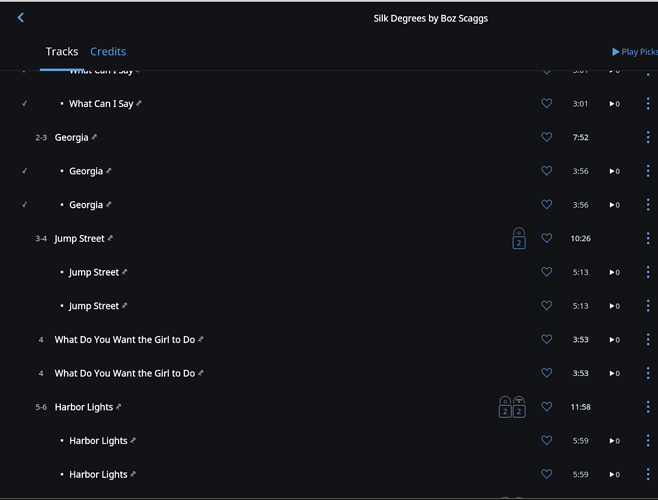 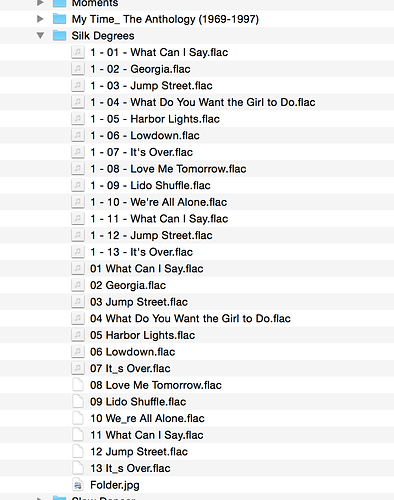 As you can see, there are two sets of tracks in one folder. I know from past experience that if I move one set of tracks to another folder, that everything would be fine and I’d end up with one primary and one duplicate album. I also know from past experience that if I don’t move the files but instead ust Roon’s grouping tool, I’ll get the same display issue that I had in the previous thread.

So is there another way to fix this? I prefer not to do grooming to my file store if I don’t have to. I’m actually surprised that Roon isn’t able to recognize that this is two instances of the same album rather than what it is showing. Also look at track 4. It is being treated differently from all the other tracks. Why? It is possible that I have other album folders that contain duplicate tracks. Is there any way to find these? Focussing on duplicated doesn’t work.