After setting up a ArchLinux on a NUC (i7 16GB RAM, 500GB M.2) I moved my Roon-Server 1.2 from my MacBook Pro to this device. I have copied the content of the Roon-support folder successfully and the core recognized the data. After a while 70% of the albums unfortunately appeared as duplicates (about 7K). I thought that I have solved the issue with a reboot and cleanup of the library (all of the duplicate albums disappeared) but I find out that now I have inside the albums every track listed twice. Thats why roon can’t recognize this albums and catch the correct metadata. By the way: roon ignores the duplicate tracks while playing the album. I put a lot of time in organizing my music collection and that’s why I really don’t like to trash the database and start over …
(and yes, I’m not watching the folder with my music files (on Synology 1010+ via smb) twice, i don’t have a iTunes music library and the the audio files are not doubled)
Any ideas? Thank you. 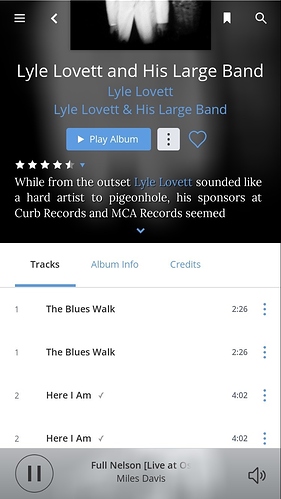 Just a thought and probably wrong but you say you “copied” the content of the Roon support folder, perhaps try deleting the original one?

Just a shot in the dark!

I’ve deleted the Roon folder from the Macbook after copying - otherwise I couldn’t deauthorize the Roon server and install a new one.

This FAQ sets out how to shift to a new computer. Have a look through and see if it helps identify what might be going wrong.

Hi Andrew, that’s exactly what I did (I’ve read the mentioned post before acting

Do you have a backup of the database before the move ? I always feel like a heel asking, but it can be easier to start over rather than repair.

Uups - my fault! I actually don’t have a backup of my old Database. Anyway, tomorrow I have to start for a business trip. I will forgot about roon, maybe it heals … it’s strange what is going on in my collection. 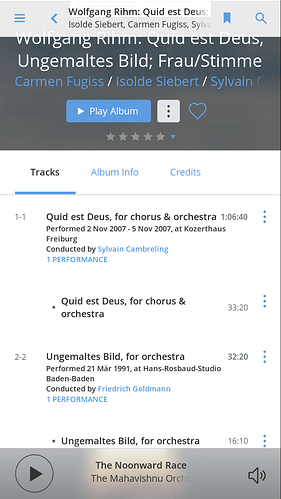 If you look at the track info for the duplicates, do both copies show the exact same path? (you’ll need to check on the full interface, not phone)

Was the backup made following these instructions or was some other software involved (like Time Machine, Crashplan, etc)?

Why don’t you quit Roon and make a backup of the current state, just to be safe. Then, launch Roon again, and remove the storage device completely in Roon. If that’s where all your music is, you should be down to zero albums. Then, re-add the drive and let me know where you end up, ok?

You are right, always the first of the doubled tracks point to a nonsense path, the second one is ok. I copied the database using the sftp protocol (cyber duck). Now I will follow your instructions and try 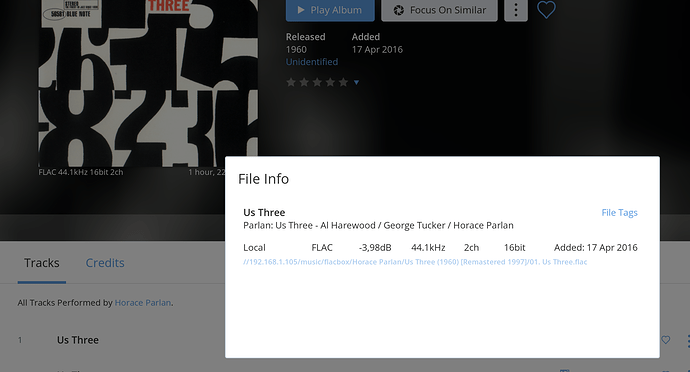 I don’t have time for a closer look but it seems, that the duplicates are eliminated after reconnecting to the drive and reading in the audio-files all night. Thank you very much Mike

1 Like
HOWTO: Guide For Setting Up Roon Server and Roon Bridge on Arch Linux x86_64