Dusty in Memphis was recorded in September 1968 and released in 1969 Discogs, yet Roon has metadata saying it was released on 1 Jan 1968. 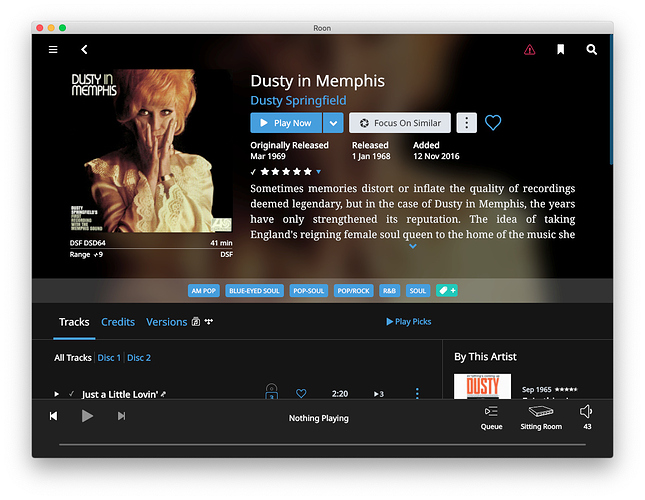 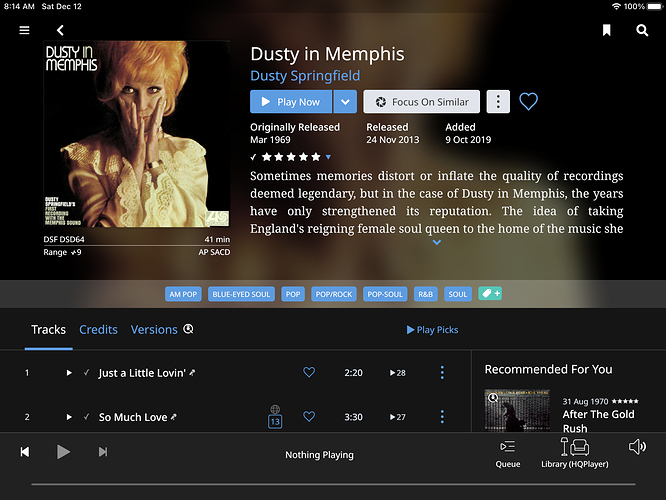 March 69 on my Qobuz version, perhaps check the album files metadata outside of roon.

My DSF files come from the Analogue Productions SACD. I added no metadata to the files before importing the album into Roon. Roon’s sources for meta data knew about the release date for this SACD.

Also, I don’t know the source of your DSF files, but I think the AP SACD is the definitive release of this album. It sounds incredible!

Very strange. I have no metadata whatsoever apart from ALBUMARTIST, DATE (0609 which I presume is the date the SACD was issued), ALBUM and YEAR (2013 for the SACD). 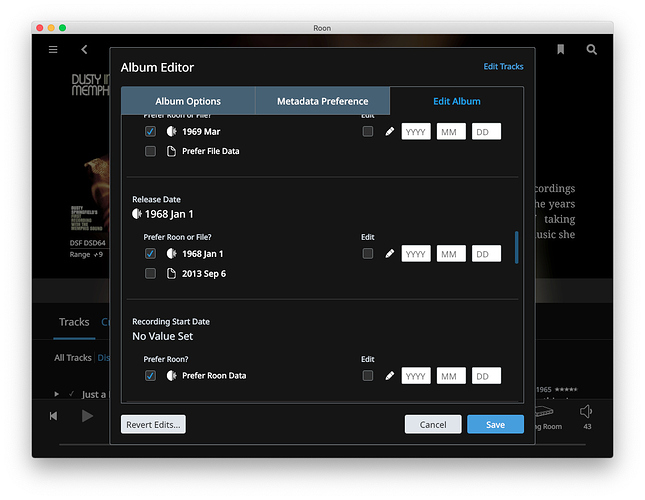