I’ve noticed a couple of times that edits made to “version” don’t always remain. For some reason the edit is undone and the “prefer file” data is used again (even if there’s no data there). The edit field is just blank again. So the text is no longer visible when you view the album covers.

In this case there was the text ‘eigen CD rip’. 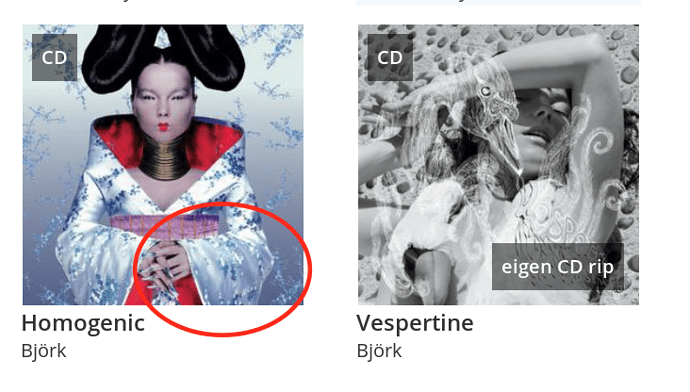 Is there anything that can be done to make these edits stick?

I might have the same issue as you, but I’m not sure what the sequence of events you are doing Steve. For me, it seems that when you select a different edition of a CD it clears out the supplied version information as it assumes it is a new CD. For example, if I have a CD Rip of Elton John’s Goodbye Yellow Brick Road. When I identify it the first time I go into edit see that there are 17 different option to choose. If I choose the first one and then add custom Version information and hit save, then all is good. If I then go back into identify album and select one of the other 17 choices, that Version Information is cleared.

Is this what is happening to you? Also, if you edit the version and don’t click somewhere to “lock” in the edited information it will be lost.

It seems random in my case. I did not reidentify the album. The Bjork album was just an example. It has happened with several other albums as well.
I don’t know the cause.

anybody from Roon that can confirm this is a bug or is there anything that I can do better??

Hey @stevev1 – we’ll take a look. I don’t recall other reports of this and I don’t seem to be able reproduce in a quick test, but that doesn’t mean there isn’t a bug. The reproduction steps may just a be a little more complex, and we’ll need to pin them down before we can take action.

The more you can tell @vova and me, the better. Is it always the same kind of media? Where is it stored? Are any other edits happening around when the version info is lost? These are the types of questions we’ll be trying to confirm as we work to get this reproducible, but the more you can tell us, the faster it will go so thanks in advance for the help!

Thanks for looking into this. I just found another album where the “version” was blank again.
In this case it was a CD rip in AIFF format. The Björk example above was also a CD rip in AIFF

All my music is stored on a 3TB WD Mycloud NAS. The edits were made within Roon so are not present in the files themselves. Would file format and location matter? Are these edits not stored within the Roon folder? 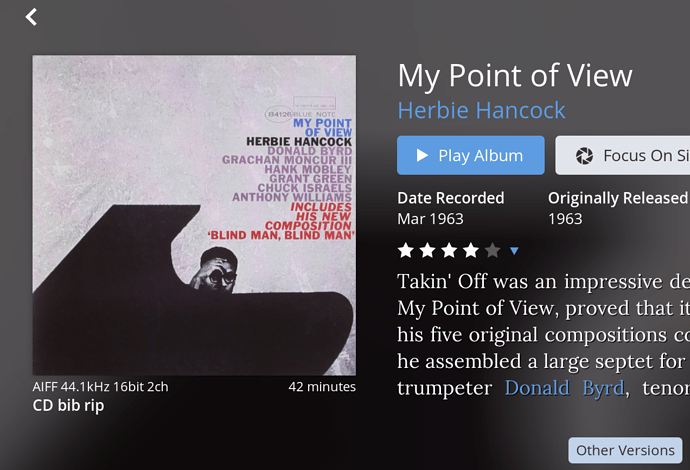 When I find new ones I’ll let you know.

…and the opposite is also true. When you remove the “version” text that is present in the file and click edit and leave the field blank and save, the edit is only kept until the next restart…

FLAC file in this case

Steve if you copy the Bork to an internal watched file location and then try and edit, do you get a different results. Could narrow down whether it is the external drive or that specific file.

Thanks for the tip but I’ve made dozens of edits to the version tab and made a back up of the Roon folder. So for the moment I can always revert back to a correct version of the library should any other edits disappear over the next couple of days.
I fail to understand why file format and location should matter at all as these edits are made in Roon and not in the file itself. So nothing should be saved back to the file