Not sure if I’m doing something wrong but I selected the artist elbow and hit play but it’s only playing one track and that’s it !

I thought this method would play various songs by the group?..Am I doing something wrong?

I’m seeing the same thing. Regardless of artist, it seems the Play Artist button is just triggering a Roon Radio feed, playing the first track from the artist, and then wandering into related artist territory. 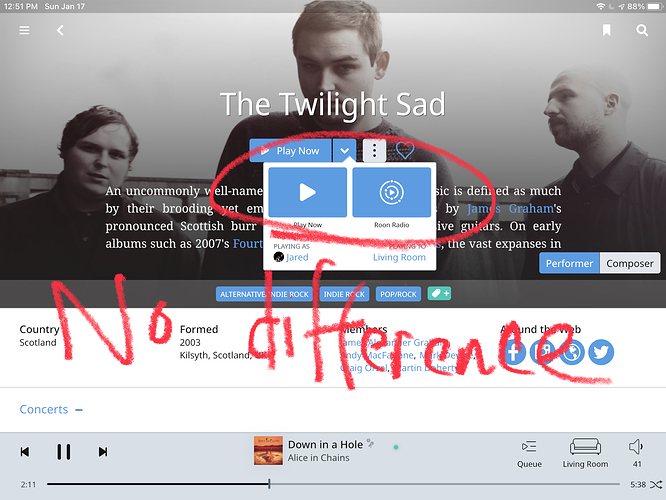 Ok good to hear it’s not just me. Hopefully Support will pick this up tomorrow. Thanks

For most artists, including The Twilight Sad, things seem to be working for me as expected.

For Elbow, I am seeing this issue occurring, though. I’ve passed this along to our team for further investigation and I’ll follow up soon. Thanks!

Thanks Dylan. The second track that played with Twilight Sad didn’t seem related, but maybe it was a band member side project.

I do see the issue with Elbow, which is what I tried initially to recreate the issue.

There is an odd different elbow listed that might be throwing off the metadata: 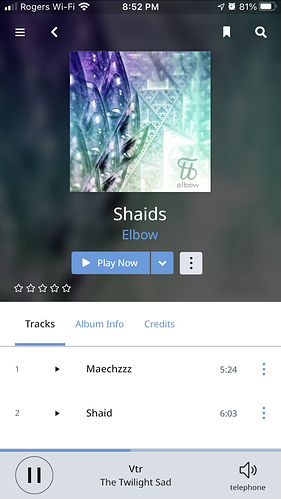